China trademarks: How to use non-use 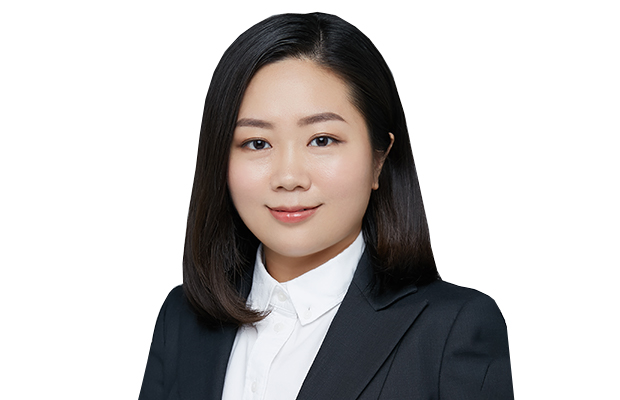 Non-use cancellations are widely used in China but the procedure can cause headaches for trademark owners, explains Haoyu Feng of Chofn IP.

According to the Chinese Trademark Law, if a trademark is in non-use status for three consecutive years or longer from the beginning of the registration date, the trademark shall be vulnerable to non-use cancellation.

Non-use cancellation procedures are nowadays widely used in prosecution procedures to overcome citation or avoid infringement. This article analyses the procedure to assist trademark owners and professionals in understanding and benefiting from it.

A trademark registrant needs to submit use evidence within two months after receiving the official Notification of Filing Use Evidence and extension or late filing is not allowed. If the authorities decide to cancel the trademark, the registrant is entitled to appeal within 15 days.

In addition to the short deadline, another annoying issue for the registrant is to cope with repeatedly filed non-use cancellations. A registered trademark might encounter two or more non-use cancellations filed by the same or different parties. In these circumstances, the trademark registrant is very likely to be confused by the notifications, which look very similar, and might mistakenly respond to only one or some.

However, such an insufficient response may lead to cancellation. In other words, the registrant is required to respond to each and every non-use cancellation separately.

Evidence showing use of the trademark on goods, packages or containers and/or in trading documents such as invoices, sales contracts, packaging lists, in advertising, exhibition or other business activities are all acceptable. To screen out qualified use evidence, we need to make sure that the evidence includes, separately or jointly, the following five factors:

Volume of evidence also plays an important role. Where the volume is small or all the evidence demonstrates only one or a couple of deals, the evidence might be regarded as symbolical and accidental use, which is normally insufficient.

“Although this procedure is helpful to curb trademark piracy and warehousing, it has bothered legitimate registrants and authorised users.”

In addition, force majeure may be regarded as a justifiable reason for non-use to resist cancellation. In many cases, factors such as natural disasters, changed governmental policies, or bankruptcy leading to the registrant’s inability to use can help to keep the trademark valid.

Unlike opposition and invalidation cases where only qualified parties are allowed to file the requests, non-use cancellation is open to any party. The applicant bears the very light burden of proving the non-use without liability of compensation even if the registration is finally maintained.

Interested parties should consider taking advantage of non-use cancellation as a practical resolution in the following circumstances:

To overcome citation in rejection appeals

According to statistics, there are more than 34 million validly registered trademarks in mainland China as of 2020. As citation increases, non-use cancellation is more often used to overcome citation.

Attention should be paid to the examination timeline. The Chinese authorities are expediting examination of trademark prosecution and a non-use cancellation takes four to eight months and a rejection appeal needs four months at least.

The authorities are supposed to make decisions on the appeals within the statutory nine months beginning from the appeal filing date. Such expedition brings a higher level of uncertainty in overcoming citation through non-use cancellation. Therefore, I strongly suggest conducting pre-filing searches and filing non-use cancellations earlier.

To challenge the basis of an opposition or invalidation

In theory, a validly registered trademark itself suffices to function as a legal basis of opposition or invalidation. The opposing party or applicant of invalidation does not need to prove that its cited trademark has been in business use. However, if the opposed or invalidated trademark owner fights back by requesting for non-use cancellation, the cited trademark will be put into risk and the owner is sometimes forced to settle.

To fight against trademark piracy, avoid infringement or prevent abuse of trademark right

Though the Chinese government has begun to take the initiative to reject obvious bad-faith trademark applications, once published or registered, the pirated trademarks can only be removed through opposition, invalidation and/or non-use cancellation. Compared with opposition and invalidation which require strongly convincing arguments and evidence, non-use cancellation just requires a very simple statement of non-use, which makes it more cost-efficient to attack trademark piracy.

In addition, some pirates abuse their pirated trademarks to sue the legitimate parties for infringement and non-use cancellation is often a useful tool to fight back.

Non-use cancellation is designed to make better use of the trademark resources and provide more room to new business. Though this procedure is helpful to curb trademark piracy and warehousing, it has also bothered legitimate registrants and authorised users. The authorities have begun to consider restrictions on non-use cancellation, including but not limited to setting the applicant’s qualifications and compensation for the unfairly bothered owners.

As the evidence filed by the registrant is not automatically served in copy to the applicant, the applicant cannot see the evidence until appeal arises, which makes it increasingly difficult to check the authenticity. We hope the procedure can be improved in the next amendment of the Trademark Law.

Haoyu Feng is attorney at law and partner at Chofn IP. She can be contacted at: mail@chofn.cn

Australia jurisdiction report: Is there an Australian rocket docket for pharma?