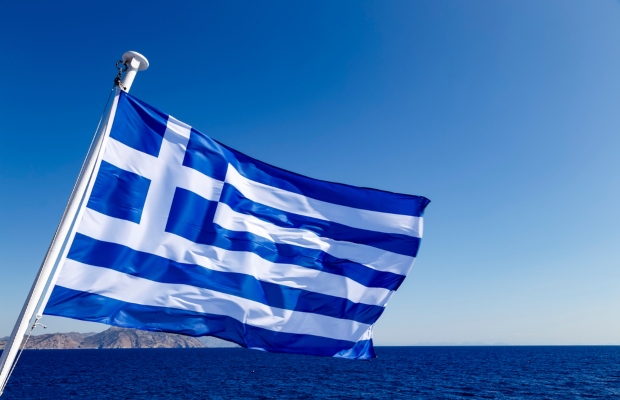 Inventions are protected in Greece by national or European patents, with a 20-year duration and subject to payment of annual fees. Inventions concerning novel and industrially applicable 3D objects, which provide a solution to a technical problem, may be protected as a utility model, with a maximum duration of seven years.

Where the applicant is a Greek national, Patent Cooperation Treaty and European patent applications must be filed through the Industrial Property Organization (OBI). The duration of protection of pharmaceutical inventions, as well as of inventions concerning plant protection products protected in Greece by a national or a European patent, may be extended by the grant of a supplementary protection certificate (SPC).

Information on existing patents in Greece can be found in the official bulletin issued by the OBI as well as on the national patent register. Both are available online.

Infringement actions can be brought before the competent courts by the patent owner and an exclusive licensee. Co-owners can bring infringement actions independently. The costs for enforcing and defending patents in Greece depend on several factors, such as complexity of the case, duration of proceedings, involvement of technical experts, translation costs.

On March 9 this year, Greek patent law was amended to allow the applicant to expedite the patent examination procedure. Under the new law, applicants can waive their right to make use of the four-month period after filing, which otherwise allows for the late submission of the Greek translation and other supporting documents, provided they have fulfilled all necessary requirements upon filing.

A further amendment now provides patent applicants the right to amend the claims of their applications by limiting the scope of the patent, within a three-month term from receipt of the notification of the search report.

“Civil courts are now empowered to hear counterclaims for revocation or invalidity of national trademarks.”

Law 4679/2020 efficiently transposed Directive (EU) 2015/2436, more commonly known as the 2015 Trademarks Directive, in Greece and approximated the treatment of national trademarks to that of EUTMs.

Nevertheless, concerns have been expressed over some of its provisions by practitioners, such as those related to late renewal and rights of third parties acquired during the six-month grace period, the requirement of gross negligence or intentional misconduct for the award of compensation and moral damages, and the hybrid jurisdiction between the administrative authorities/courts and civil courts.

It remains to be seen how effectively and smoothly its provisions will be applied by the judiciary.

Counterfeiting is a significant problem in Greece: Greece is one of five EU member states accounting for more than 90% of the total detentions of suspected counterfeit goods in the EU internal market, while appearing in the top rankings of both detentions by number of items and estimated value of items detained.

The COVID-19 pandemic created new opportunities for counterfeiters, such as the distribution and sale of counterfeit and substandard healthcare and pharmaceutical products, as well as personal protective equipment. Furthermore, it appears that consumers’ increased reliance on the internet has resulted in burgeoning sales of other fake goods online.

Despite Greek law enforcement authorities being heavily affected by the challenges of the health crisis throughout 2020 and the first months of 2021, the work by Greek Customs has not slowed down and no decrease occurred in the number of seizures of counterfeit goods overall. Since only a fraction of infringing goods imported into Greece is seized by customs, the fight against counterfeiting also demands control and surveillance within the national territory.

Law 4712/2020, enacted on July 29, 2020, aims at laying down a consolidated and strong anti-counterfeiting mechanism through the creation of an inter-agency structure for controlling the internal market (the Interdepartmental Market Control Unit), and also establishes a simplified procedure with respect to the seizure and destruction of counterfeit goods.

It is worth noting that the unit is authorised to impose administrative fines of up to €100,000 on infringers. Since the new law was recently enacted, its effectiveness and potential weaknesses have yet to be evaluated.

“Greece is one of five EU member states accounting for more than 90% of the total detentions of suspected counterfeit goods in the EU internal market.”

Among the most important problems in the copyright sphere are the unlicensed sharing of copyright-protected software among multiple computers, as well as unlicensed file-sharing of music and movies on the internet.

Copyright protection is not subject to any formal registration—the work is protected automatically upon its creation and there is no official register for copyright, but Law 4481/2017 provides for a “time-stamping” service by the Hellenic Copyright Organization.

In cases of copyright infringement, civil and criminal proceedings are available. Criminal prosecution takes place ex officio and the threatened sanctions are quite severe. Law 4481/2017 includes a number of provisions for enhancing the protection of copyright and related rights on the internet. An important provision of the law, despite the difficulties in its enforcement, introduces a notice and takedown procedure.

Law 4796/2021 transferred responsibility for trademarks to the OBI, which until now was responsible only for patents and industrial designs. This change, institutionally harmonising Greece with the practice of all other countries, aims to simplify procedures and facilitate the formulation of a uniform national policy for all IP rights, and thus contribute to the development of the national economy.

Several legal arrangements are still required, so that the new system becomes fully operational in the near future.

Maria Athanassiadou is a partner at Dr Helen G Papaconstantinou and Partners and heads the patent department. She can be contacted at: m_athanasiadou@hplaw.biz

Fotini Kardiopoulis is a partner at Dr Helen G Papaconstantinou and Partners and heads the anti-counterfeiting/anti-piracy department. She can be contacted at: f_kardiopoulis@hplaw.biz