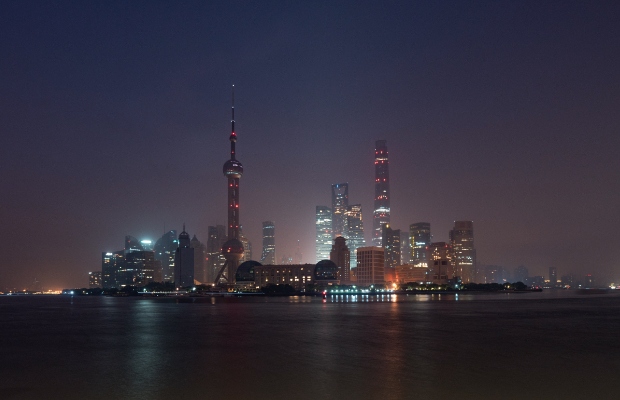 Since the publication of the “Plan for Further Implementation of the National Intellectual Property Strategy to Accelerate the Construction of an Intellectual Property Power Country by 2020” in May 2020, the Chinese government has encouraged the filing of all types of intellectual property (IP) rights, including invention patents, utility models, and trademarks. Measures were taken to facilitate and accelerate the application procedures and lower costs.

As a result, the number of trademark applications grew progressively to almost eight million in 2019. This proliferation of trademarks has created some serious adverse consequences. Indeed, most of these trademarks are never used. Rather, they are filed in anticipation of a possible litigation with the purpose of reselling the trademarks to the genuine brand owner for profit.

Fighting trademark squatting is time-consuming and costly. The threat of being sued by a trademark squatter may even prevent brand owners from launching new product lines.

It is essential that brand owners are aware of the legal means available to them to deal with these issues and to know that, since the Chinese government has decided to tackle the problem, these legal means are, indeed, effective.

How to Fight Against Bad Faith Applications

The latest amendment of China’s Trademark Law (2019) directly addresses the proliferation and “commoditization” of trademarks, with an amended Article 4, which provides that trademarks filed in bad faith without intention of being used should be refused.

Brand owners may rely on Article 4 to oppose and/or invalidate such trademarks, if they have been approved for registration. Article 4 may also be useful even if the disputed marks have been assigned from a bad faith trademark hoarder or if the applicant has some connections with such a hoarder.

Malicious trademark applicants, and trademark agencies that assist them, may be sanctioned with fines.

In particular, opposition or invalidation cases based on the existence of business relations with the trademark applicant (Article 15), or prior copyright, name right or trade name, or prior use of an unregistered trademark with a “certain influence” (Article 32) are becoming much more likely to succeed before the China National Intellectual Property Administration (CNIPA) or the People’s Courts.

In the Ellassay case (2014), the Supreme Court ascertained that the principle of good faith, which governs the act of filing and using trademarks, also applies to civil litigation. Therefore, a trademark right acquired in bad faith cannot serve as legal ground for an infringement claim.

In the Uniqlo case (2018), the Supreme Court reiterated that the plaintiff’s registration of more than 2,600 trademarks without intention to use them harmed public interests. The filing of infringement lawsuits nationwide, after the plaintiff failed to sell the trademark in question to the defendant, was considered as an abuse of right. The lawsuit was dismissed.

In the MK case (2020), the Supreme Court considered other factors. The infringement action was based on a trademark filed and registered in good faith by the plaintiff (a relatively unknown company). However, prior to filing the lawsuit, the plaintiff attempted to file another trademark that was identical to a trademark used by the defendant (a very well-known company).

The court—although confirming that, in principle, registered trademarks should be protected regardless of their reputation—ruled that despite the disputed trademark’s being more well-known, the plaintiff’s subsequent attempt to file another identical mark of the defendant, and to benefit from the reputation of the defendant, was an act of bad faith, and thus, dismissed the case.

In the Bayer case (2018), the Hangzhou IP Court went further and ordered the bad faith squatter to pay damages. The court considered that, by knowingly registering as a trademark the logo on which Bayer enjoyed the copyright, and then filing massive online complaints against Bayer’s distributors, the bad faith squatter violated the principle of good faith and ordered it to pay Bayer RMB 700,000 (US $105,965) as damages.

“It is preferable to take proactive actions to remove obstacles and ideally secure registration before any substantial commercialization.” - Zhigang Zhu and Yongjian Lei

It is always possible to file “defensive applications” targeting classes that surround the core businesses. This is indeed the most cost-efficient way to prevent trademark squatting. Also, according to deliberations that took place in China before the promulgation of the final version of the amended Trademark Law, in particular concerning Article 4, the practice of defensive application remains acceptable and not considered a “bad faith” practice.

In any event, a clearance search is highly recommended before filing and using a trademark in China, as it is preferable to take proactive actions to remove obstacles and ideally secure registration before any substantial commercialization.

When a trademark application is refused by CNIPA on account of a prior trademark, it is highly recommended that the applicant investigates the cited trademark owner in order to find out whether it is a “squatter” or a genuine trademark owner.

Bad faith filers in China can be highly sophisticated. For example, a trademark squatter may deliberately apply for a sign, which is relatively dissimilar to a prior registered trademark, so that it may remain unnoticed by the owner of the prior trademark, or that an opposition against such sign may fail, and the sign becomes registered.

But then, in actual use, the newly registered trademark is (sometimes only slightly) transformed and amounts to an infringement upon the prior registered trademark. In such cases, aggressive administrative raid actions and civil actions should be taken to contain the infringement relying on bad faith evidenced by the way in which the mark is used. This may eventually support the invalidation action against the disputed trademark.

The last point worth mentioning is that, sometimes, buying a mark may not be such a bad idea purely from the perspective of costs. Depending on the strength and complexity of the case, the purchase price may be lower than the costs involved in a legal battle.

Zhigang Zhu is the Managing Partner of the Shanghai office of Wanhuida Intellectual Property. He can be contacted at: zhuzhigang@wanhuida.com

Lei Yongjian is a Partner at Wanhuida Intellectual Property. He can be contacted at: leiyongjian@wanhuida.com