Artificial intelligence and IP: the future 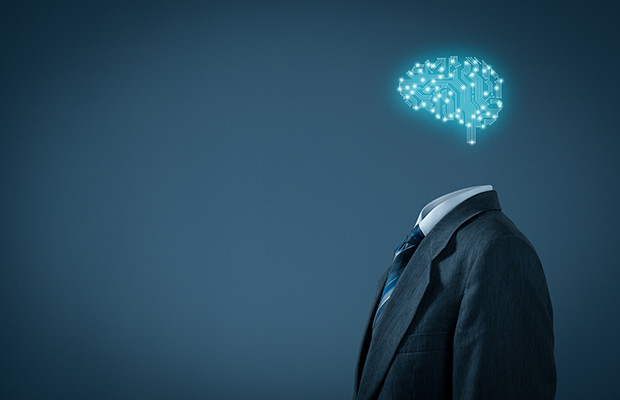 As artificial intelligence continues to progress at breakneck pace, there are questions about whether IP law can keep pace. WIPR speaks to Patrick Courtney, board member at Standards in Laboratory Automation, to find out more.

Standards in Laboratory Automation (SiLA), a non-profit organisation aimed at developing open communication and data standards, is currently working on data techniques to automate workflows in laboratories that will empower artificial intelligence (AI) in the pharmaceutical and other industries.

“The AI architecture and process steps are perhaps patentable, but the role of the data is interesting,” says Patrick Courtney, board member at SiLA. “As this is the source of much of the value and differentiation, copyrighting a database is possible but greater values come from aggregating multiple dynamic data sources.”

However, rights to use such data are likely to become more difficult to access as people realise the value of such data.

Balancing the interests for the different stakeholders is challenging. But such issues have been dealt with elsewhere, for example, in the Nagoya Protocol on access to genetic information, which covers natural ecosystems such as The Amazon rainforest, and the Orphan Drug Act on rare diseases.”

AI innovation is not showing any signs of stopping, and it’s expected to have a big impact in many industries and areas.

“Actually many of the ideas in AI are quite old and date back to concepts already developed in the 1960s, or even the 1760s in the case of Bayes’ rule,” explains Courtney.

Bayes’ rule is used to calculate the optimum way to combine evidence to make the best decision. It is the basis of many systems in use for medical diagnosis and industrial analytics, as well as research into robotics and driverless cars.

Courtney expects patent law to continue to change to keep up with AI developments.

He cautions, however, that “for AI and the law more generally, this is a different question”.

In terms of protecting AI architecture and process steps, a patent is perhaps more suitable than any other form of IP.

Currently, a patent filing lists the inventors who are, commonly, employees of legal entities such as corporations. The rights are then often assigned to legal entities, such as the company.

Although Courtney doesn’t expect AI to change this aspect of filing, he does note that there have been recent cases where scientific publications have been “co-authored” by children and even pet animals, so “we can expect to see attempts to register AI systems as co-inventors”.

Courtney is not convinced that IP definitions will need to change to cover an AI system as a person.

“We already have legal personhood for organisations to whom patents are assigned or licensed, as most useful patents are. This raises enough issues with which we still sometimes struggle, for example transparency on beneficial ownership,” he adds.

Patrick Courtney spoke on the topic of the implications of the new AI for IP rights at the Technology Patent Network Europe event in London on June 21.

In late April, the European Commission released a proposed three-pronged approach for AI: to increase public and private investment in it; to prepare for socio-economic changes; and to ensure an appropriate ethical and legal framework.

According to Andrus Ansip, European commissioner and vice president for the Digital Single Market, the EU needs to invest at least €20 billion ($23.9 billion) by the end of 2020.

Courtney says: “It’s encouraging to see the European Commission take an active stance, and the UK, France and Germany are all making announcements about investments in the area.”

A group of technology firms and venture capitalists provided almost £1 billion in funds for the UK’s AI industry in late April.

The deal, which was reached between the UK government and industry, includes more than £300 million of newly allocated government funding for AI research.

The creation of an “AI-on-demand platform” could be helpful, says Courtney, especially if it includes test validation frameworks.

In its announcement, the Commission vowed to support the development of this platform, which will provide access to relevant AI resources in the EU for all users.

He also welcomes the statement on ethics, especially given recent events involving Facebook and Cambridge Analytica, because “we’re missing a suitable framework”.

By the end of 2018, the European Commission will present ethical guidelines on AI, based on the EU’s Charter of Fundamental Rights. This will take into account principles including data protection and transparency and build on the work of the European Group on Ethics in Science and New Technologies (an independent advisory body).

“Skills are also important as the general understanding of statistics and decision-making is poor and some ill-informed implementation is leading to problems (such as face recognition systems that work poorly for some populations),” Courtney says.

Law firms are already starting to implement AI systems in a bid to make use of the latest technology and remain competitive.

For IP, Courtney believes there are many places where AI could help, particularly in support for out-licensing negotiations, which “could bring considerable added value”.

He notes that there is also room for improved analytics on existing patents and filings, mapping and improving claims, as well as helping in infringement analysis.

“Improved clarity and licensing would be preferable to increased disputes,” says Courtney.

However, there is some risk that patents become so complex that they become more difficult for humans to analyse.

He adds: “This may benefit those with access to the most sophisticated tools.”

Patrick Courtney spoke on the topic of the implications of the new AI for IP rights at the Technology Patent Network Europe event in London on June 21.