Across the border: global enforcement of trade secrets 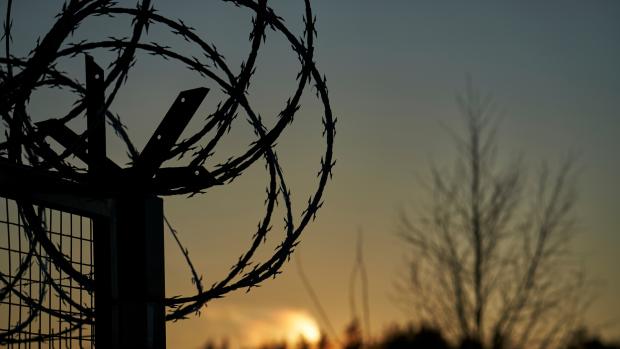 With the right strategy, businesses can leverage the extraterritorial application of trade secret law to protect their IP, says John Williamson of Finnegan.

INTERNATIONAL BUSINESS MANAGERS ARE SOMETIMES SURPRISED to learn that trade secrets do not neatly conform to territorial borders in the way that other intellectual property rights typically do. Many businesses manage global IP portfolios with clear understandings of the territorial nature of IP rights. For instance it is well understood, and uncontroversial, that patent rights must be separately secured in each country for which exclusivity is desired. Well-settled law respects sovereign grants of territorial patent rights, such that no IP owner would believe it could enforce a German patent, for example, in the United States or vice-versa. Resources are allocated, strategies are implemented, and global patent portfolios are developed in conformance with territorial limitations governing patent rights.

Trade secret law is territorial just like laws governing patents, trademarks, copyrights, and other intellectual property rights. Namely, countries implement their own laws and generally apply those laws to govern conduct within their own territorial borders. Against this background, it may be surprising for international businesses to learn, for example, that a Chinese company could be found to have violated US trade secret law for conduct that occurred exclusively in China. Or that a US court could apply Taiwanese trade secret law to a US-based dispute between a UK company and a Taiwanese company. Or that a US company could be held to account under US trade secret law irrespective of where in the world the conduct at issue occurred.

In practice, trade secrets seem to transcend international borders in ways that other intellectual property rights do not. This reality stems from the unique nature of trade secrets as well as a growing tendency of US tribunals to apply US trade secret law to conduct that occurs primarily outside of the US.

THE UNBOUNDED NATURE OF TRADE SECRETS

Trade secrets are unique in many ways, including in that legal protection does not require the type of territorial registrations or grants typical of patents, trademarks, copyrights, and the like. There are no government “trade secret offices” administering rights, collecting fees, performing examinations, or issuing property grants. Rather, trade secret rights arise in a more organic, less formal manner. Generally, trade secrets can arise anytime that “information” meets certain (usually statutory) requirements.

As set forth in the World Trade Organization Agreement on Trade-Related Aspects of Intellectual Property (“TRIPS”), member countries must protect undisclosed information that:

“TRADE SECRETS ARE NOT INHERENTLY TIED TO OR LIMITED BY THEIR PLACE OF CREATION, PLACE OF USE, PLACE OF STORAGE, OR ANY OTHER GEOGRAPHIC LOCATION.” - JOHN WILLIAMSON

While specific implementations vary from country to country across WTO member countries, this trade secret triumvirate set out in the TRIPS Agreement—(1) secrecy, (2) economic value, (3) reasonable measures—remains common to nearly every implementation. The EU Directive on trade secrets and all US federal and state statutes, for example, contain these same three general requirements when codifying the definition of a trade secret.

This general conformity often means that when a trade secret springs to life—whether it be a new invention, or source code, or a data set, or a manufacturing process, or any other type of “information” that meets the three general requirements—it springs to life in many countries around the world immediately and simultaneously. In other words, trade secrets are not inherently tied to or limited by their place of creation, place of use, place of storage, or any other geographic location. Because they consist of information—untethered to a geographic location, registrations, or tangible media—they can immediately “exist” anywhere and everywhere that recognises them under the law.

Of course, there are limits to international conformity as some countries do not recognise trade secrets at all (at least not in the way envisioned by TRIPS). And other countries may maintain additional nuances in their local laws that limit the scope of protection. Moreover while many countries may provide for misappropriation actions, litigation involving cross-border parties and conduct often involves unique challenges in establishing jurisdiction over the parties and enforcing judgments. Even in those countries that do recognise trade secret law and that regularly exercise jurisdiction over disputes involving cross-border activity, there can be striking differences in the procedures involved in pursuing a misappropriation action from country to country.

“US COURTS HAVE EMBRACED WHAT HAS BEEN CHARACTERISED AS A ‘FLEXIBLE AND IMAGINATIVE APPROACH TO THE PROBLEM OF DAMAGES’ FOR TRADE SECRET MISAPPROPRIATION.”

In addition to high-level conformity from the relatively similar legal frameworks implemented by WTO member countries, additional consistency might be achieved in some circumstances through the extraterritorial application of a specific country’s law. Given the trend toward extraterritorial application of US trade secret law in particular, international businesses might consider developing trade secret policies and enforcement strategies around US law where it is available.

For those willing to bear the burdens associated with US litigation, enforcing trade secrets in the US comes with many benefits. For instance, US discovery procedures provide unparalleled access to evidence. This may be particularly important in trade secret misappropriation actions because often most, if not all, of the direct evidence of misappropriation lies in the hands of the misappropriator. Additionally, sweeping worldwide injunctive relief, both preliminary and permanent, is available under US law, with most courts recognising the principle that “[i]t is inappropriate to impose geographic limitations on the scope of injunctions in trade secret cases.” Restatement (Third) of Unfair Competition, § 44 cmt. d. (1995). And in proceedings where damages are available, US courts have embraced what has been characterised as a “flexible and imaginative approach to the problem of damages” for trade secret misappropriation. Univ. Computing v Lykes-Youngstown (5th Cir. 1974). As a result, headline-grabbing jury verdicts in the hundreds of millions, or even billions in some cases, are becoming more common in US trade secret cases.

Because US trade secret law applies extraterritorially in many circumstances, the benefits (and burdens) of US trade secret law can extend to the conduct of international businesses occurring around the world. For example, in matters before the US International Trade Commission (“ITC”), “misappropriation of trade secrets is governed by (US) federal common law, even where that misappropriation occurs abroad”. Certain Rubber Resins, Comm’n Op, (Feb. 26, 2014) citing TianRui Group v Int’l Trade Comm’n, (Fed. Cir. 2011).

In summary, those conducting business globally have many tools at their disposal to manage and enforce trade secrets. Given the relative conformity as to the definition of a trade secret, local recognition and enforcement may be an option in many different countries. And given the expansive geographic reach of US law in appropriate circumstances, those based in the US, doing business in the US, or doing business with US companies around the world, may be able to take advantage of US law to enforce trade secrets.

John Williamson is partner and co-lead of the litigation section at Finnegan. He can be contacted at: john.williamson@finnegan.com