A Snapshot of Legislative Changes from Around the World 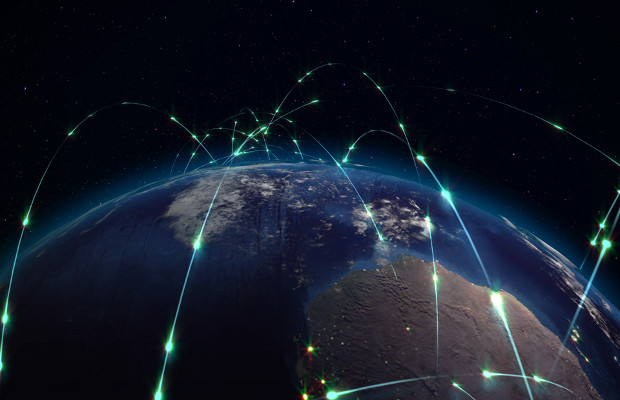 The legal framework governing intellectual property has changed in several countries in the past 12 months. Saman Javed reports on some of the important developments.

In force since June 7, 2018, Albania’s new trademark regulation is part of a wider revision to the country’s Industrial Property Law, which has been in effect since March 2017. The trademark regulation introduced several changes, including clarifying the definitions of traditional and nontraditional trademarks and establishing the rules for oppositions and cancellation actions held before Albania's General Directorate of Industrial Property (GDIP).

Mr. Lako says the changes have improved the application and registration procedures as well as the GDIP’s quality of service by increasing the level of technical assistance available to applicants throughout the registration process. Additionally, the reforms establish a legal definition of “well-known trademarks” in the country, provisions for online filing, and determine the ex officio competencies of the GDIP.

The changes that have worked best in practice are the opposition and cancellation proceedings, suggests Melina Nika, Trademark and Patent Agent at PETOŠEVIĆ (Albania). They offer a better and faster procedure than that of the courts, where these proceedings were handled previously, she explains. Entities seeking to cancel and/or oppose a trademark can cite grounds such as non-use and bad faith, as well as absolute grounds.

Dragana Lehocki, Attorney at Law at ZMP Zivko Mijatovic and Partners (Serbia), agrees that the changes are making a difference. “The activity and operation of the GDIP has recently improved in quality and efficiency,” she says.

However, trademark owners face problems in enforcing their rights, because despite the 2018 trademark regulation governing the Market Surveillance Inspectorate (a government agency which can confiscate intellectual property (IP)-infringing goods and fine the seller) this body is not fully operational yet since the relevant secondary legal provisions have not been drafted, Ms. Nika explains.

Ms. Nika provides some tips for trademark owners seeking to understand the new regulation. First, since registration of a mark in black and white may not protect the mark if it is used in color, “to avoid potential disputes regarding the proper use of a mark, we recommend registering the mark as used (with a color claim),” she says. Second, class headings cover only the goods or services under the literal meaning of the respective class headings, and not the entire list of goods/services included in that particular class. Since the specification of goods/services is required and broad terms are not acceptable, Ms. Nika recommends specifying and listing all goods/services of interest.

Argentina’s Instituto Nacional de la Propiedad Industrial (INPI) passed legislative changes in July 2018 that established a new trademark opposition system. The revamp was significant largely because opposition proceedings are now handled by INPI rather than by the courts.

Under the new regime, a “cooling off” period comes into effect for up to three months from the date a trademark applicant has been notified of the opposition. The parties are encouraged to negotiate a settlement during this time. If they don’t, the opponent has to file the official fee—Ps8,500 (US $228)—to formally initiate a case, with both sides given the chance to submit their arguments.

The parties can appeal a decision of INPI to the Federal Courts of Appeals, and the office itself is not bound by any agreement between the parties, whether struck before or after the proceeding has begun.

Jacobo Cohen Imach, Senior Vice President and General Counsel at Mercadolibre.com (Argentina), says the changes to the opposition procedure will “have the strongest impact on practice,” but that their efficacy can’t be judged “until the first decisions are taken” under the new regime.

Pablo Armando, Lawyer at Noetinger Armando Abogados (Argentina), says one of the biggest challenges for opponents is when a trademark applicant has “lost interest” in its application, most likely because there is an opposition against it or because the party no longer wants the mark.

“In those cases, the opponents are compelled to submit the opposition to a decision because the applicants cannot be reached or do not want to formally withdraw their applications,” Mr. Armando explains. “In these particular cases, the system has generated a new unbalance between the parties as the applicants are not requested to reply to the opposition or pay additional fees.”

Despite these circumstances, if an INPI examiner rules against the opposition, the upshot will be that the mark matures to registration.

For applicants, one of the biggest difficulties is the great delay in obtaining the registration of opposed applications, especially those filed in 2016 and 2017, Mr. Armando adds.

On the plus side, Argentina’s new opposition system is now very similar to that of many regimes around the world, even if it is still too early to analyze fully how well it is working in practice, he says.

Alejandra Aoun, Director of Estudio Aoun (Argentina), says that the new system should greatly reduce the time taken to resolve oppositions, to half the approximately five years currently required.

She adds that moves to enable online filing and digitalization should “speed up trademark proceedings and make them dynamic,” which will benefit rights holders in the form of speed and legal certainty.

The country’s National Assembly approved new amendments to the Intellectual Property Law in Laos in December 2017, which took effect in June 2018. The amendments cover a range of new provisions, including recognizing 3D images and animations as trademarks, changing the start of the protection term from the date of filing rather than from the date of registration, and allowing oppositions from third parties within 60 days of publication of a trademark.

“These are significant changes that are positive and highly effective” in ensuring the rights of trademark holders and third parties, says Nguyen Hoa Binh, Co-Founding Partner at Daitin & Associates Co. Ltd. (Vietnam).

One of the key benefits is that publication now occurs after preliminary examination rather than at registration, which means brand owners have the opportunity to file oppositions before protection has been granted, he says.

Momany Yaganagi, Managing Director at Lao Interconsult Co. Ltd. (Laos), agrees that the changes give third parties greater scope to protect their marks in opposition proceedings. She also notes that criminal offenses related to IP now only need to be intentional to warrant criminal prosecution, whereas previously a commercial purpose was also required.

It took more than 60 years for Malawi to make significant revisions to its trademark law, but in 2016, it did just that. Three years later, the Trademarks Act, 2018 is now in force, offering trademark owners a system that is harmonized with international norms.

Under the new legislation, trademarks can be cancelled after five years of non-use, counterfeiting is a criminal offense and “non-visual signs” can be protected as long as they are sufficiently described in a clear, precise, intelligible, and objective manner and are capable of being distinctive.

A further notable change confirms that trademarks designating Malawi that are filed through the African Regional Intellectual Property Organization (ARIPO) have legal effect and can be enforced in the country. Although Malawi had been a signatory of the Banjul Protocol, which allows ARIPO to handle trademark applications ultimately destined for individual member states, it had never formally incorporated the treaty into its national law.

“It harmonizes the protection of trademarks and provides legal certainty to stakeholders who are interested in investing in Malawi,” she says. “Malawi is, from a strategic point of view, a country of commercial interest, as it borders with Mozambique, Tanzania, and Zambia, which is why having a law that allows for a more efficient protection of trademarks is so important for foreign investment.”

Myanmar ushered in important changes to its trademark regime in January 2019. The new trademark law has introduced a first-to-file system, which replaces the previous regime based on prior use. It also allows oppositions and cancellations for the first time; and provides more detailed guidelines on registrability of marks, among other changes.

According to Chadd Concepcion, Senior Associate at Baker & McKenzie Limited (Myanmar), the reforms on registrability and oppositions and cancellations are the most beneficial.

“The trademark prosecution process is entirely new to Myanmar, so it is novel to have oppositions and cancellation actions dealt with on the administrative level. These can therefore be considered groundbreaking changes never before introduced in Myanmar,” he explains.

However, he admits, the benefits may take time to be realized. “My major concern is the transition of the existing trademarks into the new registration system, and this should be specifically addressed,” he says.

“I firmly believe that not having any transition procedure will be immensely problematic and may potentially make the entire re-registration process unmanageable. Without it, everyone will want to be the first to file, and I struggle to understand how that would work in practice.”

There is a compelling need to educate the public and businesses and provide training for examiners, to try to head off these challenges, says Mr. Concepcion.

INTA has been communicating with relevant IP officials and plans to conduct trainings and awareness with officials in Myanmar on trademark law and practice.

In Romania, revisions to the country’s Trademarks Law passed to the Romanian Senate for review on April 23, 2019. The revisions are designed to transpose the provisions of the EU Trade Mark Directive into local law, including abolishing the requirement for graphical representation of signs, allowing distinctive character acquired after filing to serve as a defense against refusal or cancellation on absolute grounds, and aligning the registration procedures to those practiced by EUIPO. This last change permits oppositions after the substantive examination is finalized, rather than when oppositions are filed during examination.

Ana-Maria Baciu, Partner at Nestor Nestor Diculescu Kingston Petersen IP COUNSELING (Romania), notes that because the legislation is still under review it is impossible to comment on its practical effects.

However, to the extent the legislation mirrors the EU Trade Mark Directive, the changes “are welcomed and hoped to have a beneficial impact on the needs of rights holders to protect and enforce a more diverse palette of signs,” she says.

One other major boon for rights holders should come in the form of new administrative powers for the State Office for Inventions and Trademarks (OSIM), which will handle invalidity and cancellation proceedings that are currently dealt with before the Bucharest Court of Law. This should speed up these proceedings, Ms. Baciu adds.