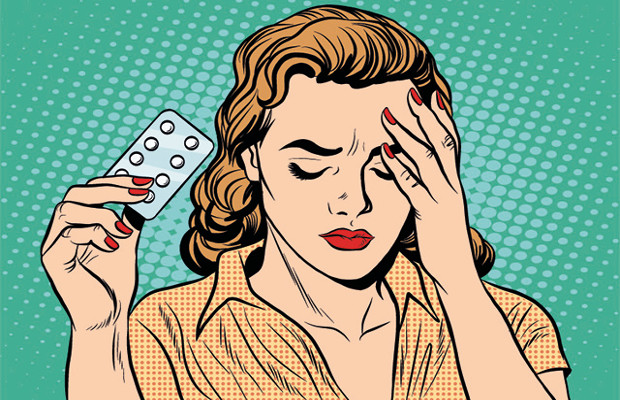 Xerox works hard to ensure its brand avoids becoming a generic term in the same way Aspirin and Zipper have done. Margaret Walker, general IP counsel at the company, tells WIPR about some of her work.

If you search for something online you ‘google’ it; if you do up your trousers or coat you ‘zipper’ or ‘zip’ them; and if you wrap a parcel you may ‘sellotape’ it.

But if you photocopy something, do you ‘Xerox’ it?

Walker, general IP counsel at technology company Xerox Corporation, has faced a long-running battle to stop the company’s name, a US and worldwide registered trademark, from being used as a verb.

Xerox, which manufactures photocopying and printing machines, is arguably one of the most famous examples of a trademarked name being used in everyday speech, but not yet becoming a generic term.

Of the three examples used above, only Google survives as a registered trademark and Walker is determined that Xerox avoids the same fate as brands including Zipper, Sellotape and Aspirin.

“We spend a great deal of time trying to keep the brand strong and raise awareness that ‘Xerox’ is actually a registered trademark,” Walker says.

“The strongest weapon in this fight is education. You need to draw a line between those that are out to infringe and to counterfeit our brand and those who are simply misusing a trademark as a verb and who perhaps don’t even know that it is trademarked.

“The two sets of people are very different groups. Rather than coming down hard on people who misuse the trademark, we instead try to educate.”

One of the methods Xerox uses is to place advertisements informing potential consumers of its trademark rights.

As Walker explains, this includes printed advertisements in journals and websites including The Chronicle of Higher Education and The Hollywood Reporter.

One previously used advertisement showed a brightly coloured vest with a zip on it. The message was that ‘Zipper’ was once a trademark and that if people “use the term Xerox like they do Zipper”, Xerox will be in danger of losing its trademark rights.

Another example said: “When you use ‘Xerox’ the way you use ‘Aspirin,’ we get a headache.” Aspirin was a trademark owned by pharmaceutical company Bayer until 1919.

Walker adds that Xerox has worked with dictionary publishers in an effort to convince them to define ‘Xerox’ as a trademark as well as a company.

“Even if they include in the definition that the word may be synonymous with ‘to copy’, we want the fact that it is a registered trademark and that is commonly misused included as well.

“We are working with publishers and also with organisations like Wikipedia,” she adds.

The threat of ‘genericide’

Despite all these efforts there is still the possibility that the trademark may be struck out and face what has been referred to in the industry as ‘genericide’.

But Walker is confident ‘Xerox’ will not suffer the same fate as other marks.

“When you look at the factors that courts consider when determining if a trademark has become generic, I don’t think we will face too many problems. Courts will look at how the company itself is using its mark and whether it is used in a way that suggests it’s a generic term or in a way that sets it apart.

"We work hard to offer a quality, innovative product and when we see people take advantage of that it affects the promise we have made to consumers."

“We could convince a court that we are doing the best we can,” she argues.

The key to ensuring this, she says, is that a brand owner does not acquiesce.

She adds: “In areas where the brand owner has revolutionised an industry and has done so a long time before the competition, I think you are more prone to the adoption of those kinds of words from the public.”

Walker says she could “talk for days” about the company’s battle against people using its trademark in a generic way, but there are also other pressing concerns—including looking for “outright examples of infringement as opposed to pure misuse”.

The IP work at Xerox is split into two groups: trademarks and copyright, and patents.

Walker, who is based in the company’s head office in Connecticut, works on the trademark and copyright side.

On her team are two other full-time staff,
an associate in Dallas and a trademark paralegal.

There is also a trademark docketing group and throughout the world, including South America, Europe, the Middle East and Africa, there are counsels who provide support in their jurisdictions.

When detecting infringement, it’s Xerox’s work trying to prevent counterfeiting that takes up most of Walker’s time.

“While some people misuse the trademark unintentionally there are others who are pure counterfeiters or who want to ride on the coattails of our brand,” she explains.

The company faces a battle preventing cartridges and toner cartridges being counterfeited at first instance right through to stopping them being sold by re-sellers.

A lot of the first-instance counterfeiting comes from China, says Walker, but there are re-sellers “all over the world”.

Much like its education work to prevent genericide, Xerox also makes efforts to educate re-sellers.

“If you name a country, we will be educating re-sellers there. Mostly we are trying to make people aware that we do take IP rights seriously and that we will enforce them. In turn, that forces re-sellers to put pressure on their suppliers,” she explains.

Although there are many examples of what Walker describes as “obvious trademark infringement”, there are also instances of a re-seller using the ‘Xerox’ trademark but in a way which it could avoid infringement claims.

This includes when another company’s name—not Xerox—is displayed on the packaging of a cartridge but where the packaging also says that the cartridge is compatible with a Xerox machine.

“That’s a true statement informing the purchaser that the product is compatible, and there’s not much you can do,” Walker says.

“The problem comes when the ‘Xerox’ trademark is bolder and more prominent than the other name. We see that as an example of trading off the Xerox name to get attention.”

Xerox is “by far” the company’s most commonly counterfeited name, but other branded products are also vulnerable to infringement including the ‘Phaser’ and ‘Workcentre’ printer brands.

Given the relatively small size of the IP team, Walker is keen to enlist the help of consumers in the fight against IP infringement.

“One of the things we are proud about is that we always try to inform the consumer and make them a partner in what we do,” she explains.

On Xerox’s website there is an opportunity for consumers to type in the tracking number of a product to determine whether it is genuine, and an opportunity to report any issues they might find.

“We try to bring the consumer into the process and educate them. It may be cheaper in the beginning to buy a counterfeit but in the end you spend more money. We work hard to offer a quality, innovative product and when we see people take advantage of that it affects the promise we have made to consumers.

“They expect a certain level of quality but when that is not fulfilled consumers are disappointed and there is a big cost in that.”

As with many brands, litigation is not Xerox’s first port of call, and in fact in many circumstances it’s a last resort.

No-one wants to litigate, says Walker, describing it as “costly and unpredictable”.

“It’s never anyone’s go-to position but it can come to the point where there is no alternative. “The ‘Xerox’ trademark is such a strong mark; it’s very rare to find examples where people won’t back down or modify use in ways that we talked about earlier,” she says.

For most multinationals, making a call between litigation and engaging in a conversation is at the forefront of concerns. While Xerox’s views on litigation are shared by many, it stands in a fairly exclusive group with its concern over genericide.

The public’s use of your trademark as a verb may seem enviable at face value—it suggests the brand is highly recognised among consumers—but if Xerox were to face the dreaded genericide it would have damaging consequences. The door would be open for rival companies to use the ‘Xerox’ name, and the option to litigate in federal courts, should the company want to use it, may be taken away.

As Walker and her team might suggest, the next time you ‘Xerox’ your documents, you may want to consider whether you are in fact using a Xerox-branded printer.