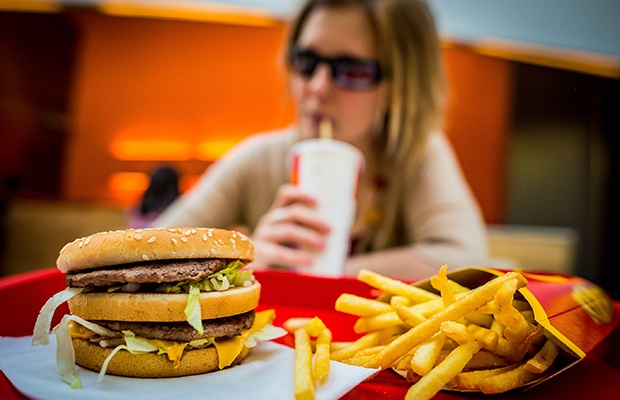 In January 2019, an Irish fast-food chain made headlines around the world when it prompted the cancellation of McDonald’s ‘Big Mac’ trademark. WIPR’s Rory O’Neill speaks to the lawyer who made it possible.

One might say that 2019 didn’t get off to the best of starts for global fast-food behemoth McDonald’s. The world’s biggest burger chain, McDonald’s has dominated its sector since being taken over by franchiser Ray Kroc in 1961. It has around 38,000 restaurants in more than 100 countries, and its very presence in a country is seen almost as a universal symbol for economic globalisation.

Among its most iconic offerings is the Big Mac burger. While the McDonald’s menu varies around the world to reflect cultural norms, the Big Mac remains one of the most consistent features of McDonald’s global offering.

It might therefore have come as a surprise to McDonald’s in January this year that the European Union Intellectual Property Office (EUIPO) ruled the franchise had failed to prove genuine use of its ‘Big Mac’ trademark in the EU.

From Galway to Australia

The finding came after an opposition proceeding brought by Irish fast-food chain Supermac’s—
a brand that is probably little known outside Ireland. Founded in Ballinasloe, County Galway, Supermac’s has steadily expanded beyond its base in the west of Ireland and now has 100 restaurants across the whole island.

The company name stems from founder and managing director Pat McDonagh’s nickname, attributed to his prowess as a Gaelic footballer. The brand has lived up to its origins—today it is the sponsor of County Galway’s hurling team, another pillar of the county’s cultural life.

Supermac’s bears a strong association with Galway and rural Ireland, its traditional stronghold. But now, having grown to be the largest Irish-owned fast-food chain on the island, McDonagh’s company is eyeing expansion overseas.

Given the size of the Irish diaspora across the world, particularly in the UK, the US, Canada, and Australia, it is not hard to see why. Over the past few years McDonagh has given interviews to Irish media expressing a desire to see Supermac’s open in destinations such as Sydney, Australia, at locations “where Irish people congregate”, and for the restaurants to be staffed by Irish people.

The vision seems to be for Supermac’s to become Ireland’s latest cultural export, one which will follow its emigrants wherever they go.

"I was fairly confident from the outset that I could get this mark off the registers." - Hazel Tunney, Tomkins

The biggest obstacle to that for the last few years, Supermac’s would argue, has been McDonald’s. The global franchise has claimed that the Supermac’s name would cause confusion with its own trademarks, such as ‘Big Mac’ and ‘Mc’.

An attempt to file an EU trademark for the Supermac’s name in 2013 was blocked by McDonald’s, after the EUIPO partially upheld the US franchise’s opposition.

McDonald’s efforts to thwart Supermac’s trademark registrations outside Ireland have delivered a blow to the Irish company’s global expansion plans. Trademark applications in Australia and Europe were refiled in the wake of the opposition, with the intention of getting past McDonald’s on the second time of asking.

When Supermac’s refiled its mark in 2017, it began the next stage of the legal dispute between the two companies, which resulted in the EUIPO’s invalidating the ‘Big Mac’ mark in Europe. The EUIPO’s decision may have been unexpected, but not, however, to the woman who made it possible.

Hazel Tunney is a partner at Dublin-based law firm Tomkins. Few of us are likely ever to see our work placed firmly in the spotlight of the world’s media. Less likely still is that a trademark lawyer in Ireland will see the biggest case of their career so far become the stuff of front pages across the globe.

Speaking to WIPR, a sanguine Tunney notes that she found the international media reaction somewhat surreal. In her view, the case, which was widely characterised as a David versus Goliath-esque epic, is simply a trademark dispute that was decided fairly on the merits.

“The rules are the rules,” Tunney says. “If you aren’t using it, you’re going to lose it.”

It could be argued that showing that McDonald’s hasn’t made commercial use of the ‘Big Mac’ mark might be something of a tall order. Tunney, however, maintains she was always confident of the chances of success.

To understand how this decision came to pass, it’s important to look at the context. “A lot of people were clogging up the trademark registers,” Tunney explains.

“The EUIPO’s books are full of marks with extensive lists of goods and services, because the owners were able to get ‘first three classes for the price of one’,” she says.

Two facts of the case stood out. Supermac’s wanted to register a mark for the name of its restaurants, for restaurant services. The Big Mac, meanwhile, is “just a meat-filled sandwich”, says Tunney.

The scope of the ‘Big Mac’ mark’s protection was broader. It was registered in classes 29, 30, and 42, for goods and services including eggs, cheese, milk, tea, and services associated with operating franchised restaurants.

I was fairly confident from the outset that I could get this mark off the register–at least for most of the goods and services for which it was registered,” Tunney says.

However, it was not easy. She says she had to curb the urge trademark lawyers often have to keep filing more and longer submissions.

“As a lawyer it can be hard to give up on your arguments,” she says. In this case, however, when she saw the evidence of use that McDonald’s had filed, she felt she had to trust her instincts to take a different approach.

The EUIPO criticised McDonald’s for the rather thin evidence filed as proof of use of its mark, which included Wikipedia screenshots, signed declarations from company executives, and posters.

"Cases will be heard on their merits and you shouldn't be disheartened if you're in one of these David against Goliath battles." - Hazel Tunney, Tomkins

“Wikipedia entries cannot be considered as a reliable source of information,” read one of the lines from the EUIPO decision.

After seeing the evidence, Tunney opted for a very brief submission in response, confident that what McDonald’s had filed wouldn’t be enough to get it over the line.

“It’s probably the case I’m most proud of because it’s the one where I knew when to stop.”

Underpinning her confidence was faith that she and her client would get a fair hearing.

“Cases will be heard on their merits and you shouldn’t be disheartened as a lawyer if you’re in one of these David against Goliath battles,” Tunney says.

In that way, she says, the rules of trademark law are something of a leveller.

“Whether you’re McDonald’s or Supermac’s, you still need to prove genuine use of your mark for the goods and services for which it’s registered,” she says.

Does she think that the relative size of the two parties would have made the trademark examiners consider the media’s reaction?

“It wasn’t a decision taken lightly,” Tunney says. “The EUIPO applied the rules fairly and even-handedly. They were cautious and careful, but not hesitant.”

Despite the media attention around the case, Tunney says, the case has not been career-changing.

“An awful lot of what a trademark attorney does isn’t in the papers or glamorous,” she says.

That doesn’t diminish the value of the work, in Tunney’s eyes. “It’s our job to protect people, and a lot of protection is dotting the i’s and crossing the t’s,” she says.

“It’s very important to the owners of the rights, and it can be really emotional for them.”

The next step will be the appeal McDonald’s has brought before the EUIPO against January’s landmark decision.

Securing registration of the mark will be key to Supermac’s expansion.

That depends on the final outcome of the cancellation proceedings and the Irish chain’s future trademark applications, which cannot be prejudged.

Supermac’s may or may not be successful in taking its brand overseas. What it has been able to achieve, however, is worldwide media coverage and brand exposure. And that is in no small part down to its trademark lawyer.