The Benefits of Respect 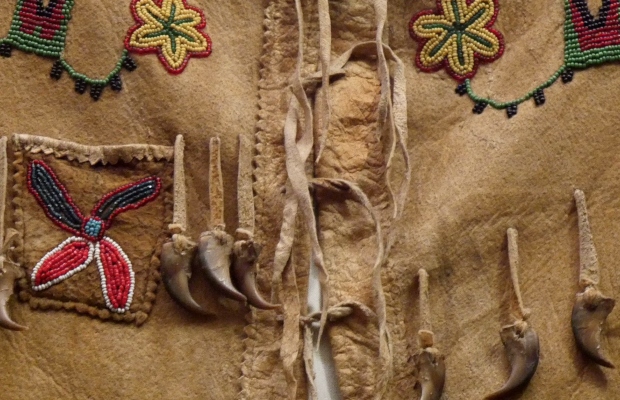 Despite the fact that traditional knowledge doesn’t fit squarely within our current IP systems, there is much to be gained by the indigenous communities who hold this knowledge and the brands that choose to work with them. Sarah Morgan reports.

Grown in the hills of South Africa, Rooibos tea is known throughout the world. Under colonial rule, at the beginning of the 20th century, Rooibos farming was made into a commercial venture and its popularity soared.

The indigenous Khoisan people, South Africa’s oldest inhabitants, had been using Rooibos as a herbal remedy for centuries. Fast forward to 2019 and, marking a significant advance, the industry behind the herbal tea agreed to pay a percentage of their profits to the Khoisan.

The agreement was nine years in the making, with a prolonged stalemate stemming from the tea industry contesting the Khoisan’s claim that Rooibos tea is based on centuries-old indigenous knowledge of the plant.

It was a landmark agreement, and a clear demonstration of the role intellectual property (IP) rights can play in benefiting and even empowering indigenous communities.

“IP rights are granted to creations of the human mind. The rights are therefore applicable for all creators—regardless of gender, or what people you belong to, indigenous or not,” said Wend Wendland, Director of the Traditional Knowledge Division at the World Intellectual Property Organization (WIPO).

However, in practice, indigenous people—and, in particular, indigenous women—do not, or perhaps cannot, make full use of the IP system.

Rebecka Forsgren, a former Indigenous Fellow at WIPO’s Traditional Knowledge Division, added: “Indigenous peoples have to overcome substantive (legal/technical) and operational hurdles. In many cases, therefore, indigenous women, even though they are great innovators, creators, and entrepreneurs, suffer from circumstances that hinder their full and effective use of the IP system.”

The very nature of traditional knowledge and cultural expressions (TKCEs) does not fit easily within classic IP models.

“They are treated as in the ‘public domain’ and not protected, while derivations and adaptations of them are often wished to be protected—but for the benefit of the third party who was inspired by the indigenous creation. Therefore, the communities can sometimes be excluded twice,” said Mr. Wendland.

“In many indigenous and local communities, women provide the key to ongoing sustainability and a sense of place and purpose.” - Marion Heathcote, Davies Collison Cave

The resulting lack of IP protection leaves TKCEs vulnerable to appropriation by individuals outside the community.

“IP laws are based on Western legal norms and these are not generally designed with the cultural protocols and practices associated with indigenous culture and knowledge in mind,” said Benjamin Mitra-Kahn, General Manager and Chief Economist of IP Australia (Australia).

He added that indigenous knowledge, even when shared or protected by IP rights, will still have practices and protocols around its use that need to be considered.

“IP rights are generally registered in the name of an individual or a business. This might not be appropriate for indigenous knowledge that is held communally or that is held by custodians and passed down over time,” he said.

For instance, if knowledge has been shared, even if only within a community, it may not qualify for IP protection because it is not considered new or novel.

Janewa Osei Tutu, Associate Professor of Law at Florida International University (US), noted: “Consider the standard copyright term of life of the author plus 50 years. This is not long enough to protect something that has already been in a community for several generations.”

The two concepts—IP and TKCE—are not just seemingly incompatible from an operational perspective, Mr. Wendland said. Utilizing the IP system also requires access to legal advice and at least some funds—both lacking among many indigenous peoples.

Marion Heathcote, Principal at Davies Collison Cave (Australia), pointed out that for indigenous peoples and local communities, accessing appropriate tools from the Western IP system “revolves around capacity building in terms of education as to existing laws but also in terms of providing and improving access and practical assistance.”

“If an artistic work or cultural symbol is protected by domestic IP law or as part of the cultural heritage of a nation, it should be protectable across borders.” - Janewa Osei Tutu, Florida International University

“The lack of adequate IP protection has resulted in indigenous communities the world over being repeatedly confronted with the acute threat and reality of repeated acts of cultural appropriation and, in the age of the Internet, at an alarmingly exponential rate,” Ms. Heathcote said.

In Mexico, the debate over cultural appropriation and the fashion industry has intensified in recent years, with the Mexican government releasing statements highlighting brands that use indigenous Mexican designs without crediting the artists.

While the matter seems to have been settled for the brands accused of plagiarism, the Mexican government has not stopped there. In January, the government amended Mexico’s Federal Copyright Law to place obligations on companies or people who use or exploit TKCEs, including the requirement of written consent from the indigenous community that owns the work.

“The rights are therefore applicable for all creators—regardless of gender, or what people you belong to, indigenous or not.” - Wend Wendland, WIPO

The late Adriana Aguerrebere was the founder of Impacto (Mexico), a nonprofit civil organization committed to the sustainable development of indigenous peoples. Before her death two months ago, she said: “With protections properly put in place, indigenous people can have the chance to leverage their heritage for their own benefit.”

She had noted that with plagiarism growing every year, “we need a framework because, with it, we can have the tools to protect TKCE. Brands will have to accept the consequences of their plagiarism.”

Impacto remains in operation, working with the Mayan women of Chiapas (Mexico) to help protect their designs as IP and to build “micro” businesses.

WIPO’s efforts to enhance capacity among groups that typically don’t use the IP system have also been successful.

“IP rights are generally registered in the name of an individual or a business. This might not be appropriate for indigenous knowledge.” - Benjamin Mitra-Kahn, IP Australia

In the year since, WIPO has mentored the workshop participants, focusing on IP, marketing and branding, and cooperation and collaboration.

For Ms. Heathcote, who along with 2019 INTA President David Lossignol participated in the workshop on behalf of INTA, the empowerment of indigenous women is key to the survival of many communities.

“Women are integral to the regeneration, maintenance, and protection of community. In many indigenous and local communities, women provide the key to ongoing sustainability and a sense of place and purpose,” she said.

According to Ms. Heathcote, the effective use of IP is a “means of supporting the development and ongoing sustainability of businesses which of itself is empowering.”

INTA has a long history of engagement on indigenous rights, establishing an Indigenous Rights Committee and working with WIPO on capacity-building workshops and other efforts to raise awareness of the issue. Mr. Wendland added: “This is why WIPO’s collaboration with INTA is so valuable. INTA is making available pro bono legal services to indigenous peoples and local communities who wish to better understand the IP system, especially the trademark system, and make more strategic use of it.”

While various organizations are collaborating to build awareness of IP rights in indigenous communities, the potential value of IP is not being fully attained. The implementation of protection mechanisms is slow-moving, but stakeholders should not sit idle.

In a 2017 article published in the Akron Law Review, titled “Harmonizing Cultural IP Across Borders,” Ms. Osei-Tutu suggested that there should be some form of international protection for a narrow category of cultural IP.

“If an artistic work or cultural symbol is protected by domestic IP law or as part of the cultural heritage of a nation, it should be protectable across borders. This protection would include cultural goods that could be protected by trademarks if they were used in commerce as indicators of source, or by copyright if the term of protection had not expired,” she said.

However, the work of governmental bodies is just one piece of the puzzle. Brands must also play an active role in ensuring protection of TKCE.

“While the rate of progress to international and national protection mechanisms for indigenous IP is slow,” Ms. Heathcote said, “brand owners and brand representatives do not need to wait for legal parameters to set actions as to what they believe to be morally or ethically right.”

Ms. Osei-Tutu added: “A lot of the issues that arise are about respect, attribution, and benefit sharing. I would say that the most important aspect is to engage in uses of IP that are respectful.”

The first step, she said, is starting a conversation with the particular indigenous or cultural community before using their clothing, cultural symbols, dances, and songs, even if you don’t think there could be an IP issue.

There have been successes. For instance, the collaboration between fashion designer Lisa Gorman and indigenous artists from the Mangkaja Arts Centre in Western Australia’s Kimberley region, and the resulting Mangkaja x Gorman clothing collection, have placed indigenous art, culture, and people on the international stage.

Mr. Mitra-Kahn noted: “Taking the time to reach commercial agreements around the use of indigenous knowledge provides participating indigenous artists with fair and reasonable licensing fees, while at the same time ensuring they have control over how their works are used.”

Mr. Wendland agreed, adding that prior and ongoing consultations are a key ingredient. “Through respectful and thorough discussions, the possibility of a win-win-situation is more likely, where indigenous peoples can benefit economically, socially, and culturally and the brand owner can enjoy the enthusiastic endorsement of the community and achieve a broader public relations benefit that increases brand equity,” he said.

Ms. Heathcote suggested that, in addition to promoting symbiotic relationships between indigenous communities and brands, industry codes of conduct could be put in place to develop appropriate and practical industry conduct and/or ethical guidelines.

The Mangkaja x Gorman clothing collection could be the first of many examples of successful collaborations that encourage brands across industry sectors to unite with indigenous communities for the benefit of all involved. What it takes is for stakeholders to work together to benefit communities across the world, through IP education, consultations, and most importantly, respect.