Regional Progress During the Pandemic 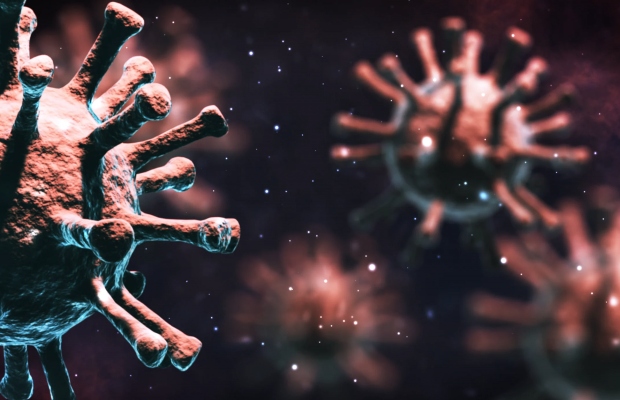 IP offices in Africa and the Middle East are working hard toward achieving their national visions, even as the COVID-19 pandemic disrupts day-to-day operations, as Sarah Morgan finds out.

“COVID-19 has governments at all levels operating in the context of radical uncertainty and being faced with difficult trade-offs given the health, economic, and social challenges it raises,” said Zain Al Awamleh, Director of the Industrial Property Protection Directorate–Ministry of Industry, Trade and Supply (Jordan).

Ms. Al Awamleh was speaking during the on-demand session Update from Africa and the Middle East. The session, presented on the Around the World—Regional Updates track, featured a panel of leaders from the intellectual property offices (IPOs) of Jordan, Nigeria, and Saudi Arabia.

In presenting updates on recent developments as well as looking into the future, the speakers’ key topics included responses to the COVID-19 pandemic and harmonization.

At the Directorate in Jordan, employees began working remotely amid the pandemic and “the urgency of the digital transformation has more positive consequences on delivering our services for the intellectual property (IP) community,” said Ms. Al Awamleh.

She explained that customers were at the heart of the Directorate’s digital transformation process. Her colleagues were also trained and supportive of the new digital services.

“Overall, this enabled things to transform into e-services in a much smoother way than we thought it would,” she added.

Abdulaziz Al-Swailem, Chief Executive Officer of the Saudi Intellectual Property Authority (SAIP), had a head start on flexible working arrangements. Since its establishment in 2018, SAIP has provided all its employees with laptops so they could work anywhere, allowing for “very high agility and mobility,” he reported.

Along with the high level of flexibility, SAIP has a “rigid” policy for working from home in terms of work quality. Every morning, SAIP has a check-in meeting of executives and, at 10:00 pm, there is a checkout report, he explained.

The SAIP has been very cooperative with other IP offices within the Arab League regional organization (which consists of the 22 Arab countries), sharing with them their efforts on how to move on with daily operations during the pandemic.

“We’ve set up guidance for procedures and guidelines for examiners on how to define well-known trademarks.” - Abdulaziz Al-Swailem, Saudi Intellectual Property Authority

The IP offices of Jordan and Saudi Arabia are not just adapting to the new working environment, they are also both working toward long-term national visions set out by their governments: the Jordan 2025 framework and the Saudi Vision 2030, respectively.

Jordan 2025 has given the Directorate “a clearer path as IP is one of the factors which drives the economic growth through innovation, which boosts sustainable development,” explained Ms. Al Awamleh.

As part of Saudi Vision 2030, the government established SAIP to promote, advocate for, and enforce IP rights as the sole IP authority in Saudi Arabia.

Mr. Al-Swailem added that SAIP was planning to join 13 treaties by the end of 2020. So far, it has joined 11 of the 13 treaties. Most recently, Saudi Arabia acceded to the Vienna Agreement, which establishes the Vienna Classification for marks that consist of, or contain, figurative elements. The Madrid Protocol is next on its list.

Similarly, Jordan plans to accede to the Madrid Protocol in 2021. The country has been gearing up to join the Protocol for some time.

In 2018, the IP Directorate hosted two seminars on the topic as one of its first steps to accession. The following year, the Office requested information from the World Intellectual Property Organization (WIPO) on the possible impact of accession.

“The Madrid legal division at WIPO did an excellent job in delivering the study,” said Ms. Al Awamleh, adding that accession to the Madrid Protocol is making “slow yet steady progress.”

The picture in Nigeria is less clear. Shafiu Adamu Yauri, Registrar of Trademarks at the Trademarks Registry, Federal Ministry of Industry, Trade and Investment of Nigeria, explained that, while there is growing interest in joining the Protocol from the government, including the Trademarks Registry, and some practitioners, there’s still low awareness among practitioners generally of the benefits of accession. “Some see it as taking away their jobs,” he said.

“Our attempts to bring the secretariat back to Nigeria face some resistance, but we’re still talking.” - Shafiu Adamu Yauri, Ministry of Industry, Trade and Investment, Nigeria

According to Mr. Yauri, Nigeria initially proposed the idea of establishing an African regional IP organization in the early 1970s, but during the years of military rule in Nigeria, the ARIPO administrative office moved to East Africa.

“Our attempts to bring the secretariat back to Nigeria face some resistance, but we’re still talking, trying to reach an understanding in which the secretariat moves back to its place of birth,” he explained.

The African Continental Free Trade Area presents an opportunity for a more unified approach, predicted Mr. Yauri, adding that negotiations on IP rights under the agreement have already commenced.

“In early 2021, the issue of bringing and merging the two existing regional organizations will come into these discussions. Nigeria and South Africa, which are not in either, will play their own role,” he added.

Saudi Arabia and Nigeria are both in the process of compiling databases of famous and well-known marks.

In Nigeria, a regulation is being developed that will make it easier for brand owners to apply for recognition for famous marks. Currently, brand owners must rely on national court judgments to gain this status for their marks.

Saudi Arabia is also beginning to build up a national database of well-known trademarks.

“We’ve set up guidance for procedures and guidelines for examiners on how to define well-known trademarks,” said Mr. Al-Swailem.

On a broader outlook, Ms. Al Awamleh outlined the Jordan IP Directorate’s work, which began in 2018, with WIPO. Under Jordan’s initiative, WIPO is creating a platform similar to its global brand database for the Arab region. The Arab brand database has been “positively accepted,” and eight Arab countries are now part of the initiative.

The Jordan IP Directorate is also improving the standardization of its decisions. After signing a memorandum of understanding with the European Union Intellectual Property Office, the Jordan Office started working on manuals for best practice. Once the guides were completed, the Directorate shared them with the Arab League.

Bahia Al Yafi, Managing Partner at Alyafi IP Group (Qatar) and session moderator, added: “In terms of harmonizing laws across borders, it’s a very hard task. It’s also difficult to standardize decisions issued by the IP directorate or any directorate, because it’s human-centric. Humans are responsible for these decisions and people have different opinions.”

Ms. Al Awamleh concluded: “We’ve been hearing very positive feedback from other Arab IP offices that sharing the common practices of examiners and sharing the registrar decisions is an important element to their work.

“The Arab League’s Technical Committee for IP is working hard toward harmonization, whether we’re talking about laws, regulations, or best practices.”