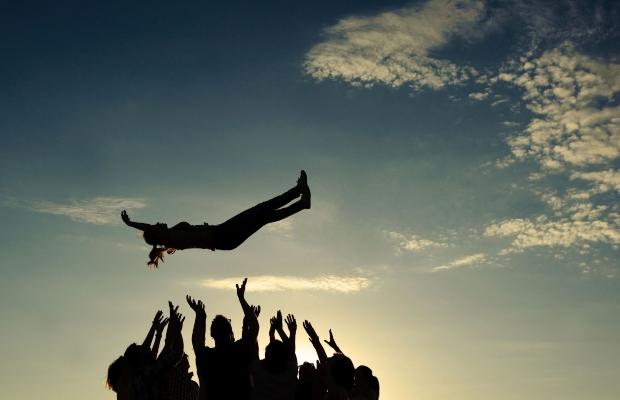 The COVID-19 pandemic has thrown workplace culture into the spotlight. With so many people now working from home, how can a culture of connection thrive? Sarah Morgan reports.

This year has exposed and exacerbated weaknesses in workplace culture, but it has also highlighted some of the strengths, according to Hannah Ubl, Co-Founder of Good Company Consulting (US).

“What we find is that the workplace cultures that survive times of crisis do so because they put people first,” she said.

Ms. Ubl, who was speaking during a Capsule Keynote yesterday, went on to discuss two specific situations in which culture can start to erode.

“There’s a reason why we grieve when we’re not connecting. It is one of our basic human needs, after food and shelter,” Ms. Ubl said, adding that it’s very common to feel an increased feeling of loneliness when working from home.

While the shift to working from home has many positives, there are definitely some challenges.

Not having to commute, for example, is a positive aspect of the shift, but it is counteracted by the fact that the average workday has been extended by 48.5 minutes, according to a National Bureau of Economic Research (US) study. The study looked at aggregated meeting and email metadata from 3.1 million users, across 16 large metropolitan areas in Europe, the Middle East, and North America.

“When we’re working from home it can be easier to get things done, but we get to a point where those moments of connection with people don’t happen as often. When they do, they tend to be more transactional, where you’re spending less time building relationships in the moments you connect,” said Ms. Ubl.

She added: “We are surviving, building, and maintaining relationships with ‘time confetti’—these slivers of moments, to try to create a deep, meaningful connection. This has serious consequences for workplace culture.”

To transform transactional moments into more relational ones, Ms. Ubl recommended that people invest in positive “micromoves”—small actions or behaviors that seem inconsequential in the moment but significantly affect how we relate to one another.

As part of this, she suggested that leaders give thank-you notes (whether an actual note, an email, or a call).

She relayed that she has spoken with leaders who look at every single team member and think of one specific way that person has helped them. Then they’ll send them a note about it. “It increases the energy, the collaboration, and the connection that they all have because they know they’re in it together,” Ms. Ubl said.

She recommended that people hone their listening skills, noting that communication is difficult even in good times.

“Miscommunication accounts for hundreds of thousands of lost dollars every year for companies,” Ms. Ubl noted. ”In hard times, communication is even more challenging, so we have to step up listening to each other.”

“What about your workplace culture can change for the better? What is possible, and how can you be part of what that looks like moving forward?” - Hannah Ubl

Instead of just focusing on a company’s value, or its mission, or vision, or even its culture, “we have to talk about the emotional culture,” Ms. Ubl said.

According to an October study from Oracle (US) and Workplace Intelligence, LLC (US), the COVID-19 pandemic has made 2020 the most stressful year of people’s working lives, negatively affecting the mental health of 78 percent of the global workforce. The study covered more than 12,000 employees, managers, human resources leaders, and C-level executives across 11 countries.

The same study found that 68 percent of people would prefer to talk to a robot rather than their manager about stress and anxiety at work. At first, Ms. Ubl said she thought this was “hilarious and not true,” but then realized she was “projecting on all of those people.”

“Many people are saying, ‘I’m drowning, and I’m terrified to say that I am.’ People are saying things to us such as, ‘My manager might question my dedication; this is why I’m not speaking up about stress,’” she added.

According to Ms. Ubl, everyone needs to “be in a place, 24/7, of extending grace,” because we have no idea what others are going through.

Hope for the Future

She added that while it is very easy right now to get bogged down in the day-to-day challenges, this year can be one of transformation for our workplaces, and we must focus on connection and emotional culture.

Quoting author Arundhati Roy, Ms. Ubl said, “The pandemic is a portal.” She explained: “Historically, pandemics have forced humans to break with the past and imagine their world anew. This one is no different. It is a portal, a gateway between one world and the next.”

Ms. Ubl ended by challenging the audience to ask themselves, with that in mind: “What about your workplace culture can change for the better? I encourage you to ask: What is possible, and how can you be part of what that looks like moving forward?”