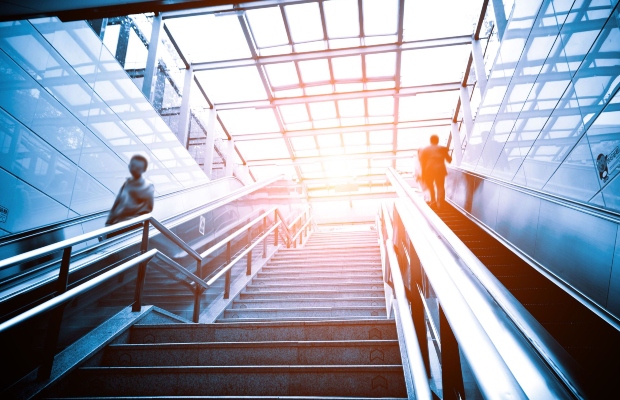 “Everyone tells you that you have to put your head down and work really hard, yet there is no true meritocracy anywhere in anybody’s career. There’s always a human element that is part of the evaluative equation,” stated Carla Harris, Vice Chairman of Wealth Management and Managing Director at Morgan Stanley (US).

Ms. Harris, who served as Chair of the Morgan Stanley Foundation from 2005 to 2014 and sits on the boards of several community organizations, participated in a Fireside Chat yesterday.

Directing some comments to those starting out in their careers, Ms. Harris noted that there were two types of currency in any workplace: performance currency and relationship currency.

However, over time, this currency starts to experience “diminishing marginal returns” because you have established a new standard of excellence for yourself, she said.

“Your ability to ascend in any environment will be a function of somebody’s judgment—judgment about whether you’re ready, about whether the team will follow you, and about whether you will ultimately be successful,” she said, adding: “Judgments are directly influenced by relationships.”

On the other side of the coin sit leaders who, in 2020, have had to steer their organizations through turbulent times. As soon as the lockdowns began, Ms. Harris was inundated with questions from people in the C-suite asking how they should lead in this critical moment.

Ms. Harris, who said she had seen a “lot of turbulent times” in her 33 years on Wall Street, shared three pieces of advice for leaders.

First: be visible, she said, adding that “whenever we are in uncertain times, people’s appetite for certainty goes through the roof.”

Second, be transparent. “People will need to trust you in order for you to lead them into unknown territory,” she said.

According to Ms. Harris, “By sharing these tools, you’re not only underscoring your authenticity, you’re also strengthening your relationship currency.”

Leaders must grapple with difficult conversations, particularly this year in light of the pandemic and the racial injustice movement.

“I’m so excited that we are at least having this discussion, notwithstanding the terrible tragedies of George Floyd, Breonna Taylor, and others. No question about it, those things have been horrific,” Ms. Harris said.

“However, I do think it opened the powder keg and allowed us to have conversations that, frankly, we should have been having all along. If there are things we can’t talk about, then there are structural impediments to our overall success as people and as organizations.”

Ms. Harris added that we are finally “piercing that veil” around why companies should focus on diversity and inclusion. For a long time, the “why” has been because “it’s the right thing to do.”

“The commercial imperative is innovation. We are now starting to focus on that.”

“Use the opportunity to get started. There’s a high probability that you will not fail, especially if you ask for help before you start the conversation.”

All Topics On the Table

She noted that some people feel that it is more difficult for certain companies to have these conversations.

Ms. Bradley added: “We may have seen in the news that some companies have decided not to take positions. That creates a challenge for the colleagues at those companies who want to have discussions about this.”

In response, Ms. Harris was clear that no topics should be off the table, and “as risky as people might have thought these conversations were before,” for the first time, companies have “air cover.”

“That air cover is called COVID-19 and the social unrest on the back of racial injustice. If for some reason it doesn’t work, you have the cover of this as a thing that provoked the conversation,” she said.

Ms. Harris concluded: “Use the opportunity to get started. There’s a high probability that you will not fail, especially if you ask for help before you start the conversation.”

International Women’s Day: ‘choosing to challenge’ and the fight for gender equality
08-03-2021