No more use for non-use claims 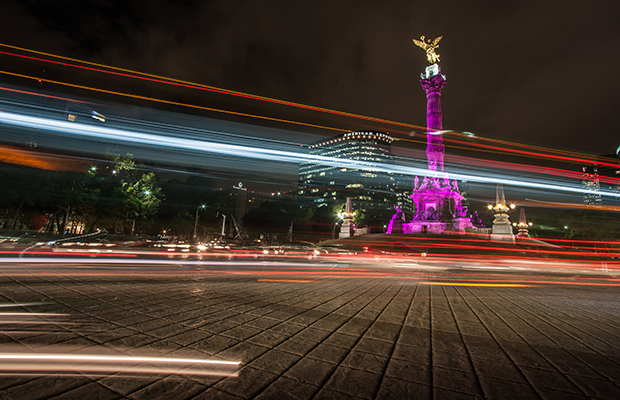 A Federal Circuit decision in Mexico has made it easier for trademark infringers to fend off non-use counterclaims from alleged infringers, as Jonathan Rangel and Esly Dorantes of Dumont Bergman Bider & Co report.

A Federal Circuit decision in Mexico has made it easier for trademark infringers to fend off non-use counterclaims from alleged infringers, as Jonathan Rangel and Esly Dorantes of Dumont Bergman Bider & Co report.

After the US and the EU, Mexico is one of the most attractive locations for new investors, which is why trademark owners often wish to be part of the Mexican market. For such purposes, it is crucial to know and understand the applicable legislation and related authorities to reduce uncertainty.

One of the biggest and most constant conflicts in this area is trademark infringement. These illegal activities have grown rapidly in recent years given the high income that might be obtained. Knowing that this may bring serious consequences, infringers have gained experience in ways to avoid sanctions over the years.
Now, the enforcement of IP rights has become
a real challenge for IP owners and authorities.

The filing of trademark infringement actions before the Mexican Institute of Industrial Property (IMPI) increases every year. The purpose of these actions is clear and concrete: IP owners want immediately to prevent infringers using their trademarks. However, infringers have found some important gaps in our laws that make infringement actions seem like a joke.

When a trademark owner (the plaintiff) has filed an infringement action, it has been very common that the infringer has submitted—along with its response—a non-use cancellation action against the plaintiff’s trademark registration as a counteraction. This has brought a new burden for plaintiffs
as they fight to keep their trademarks alive.

One of the most common inconveniences that trademark owners face on a daily basis is the analysis conducted by authorities on the evidence of use provided by the plaintiff. Even though we have some guidelines on the matter, there is always a merely subjective aspect that makes this analysis complex.

Likewise, a cancellation action on these grounds can be very expensive for both parties, as these decisions can be challenged on at least three occasions.

A trademark owner faces a variety of burdens, costs and risks when litigating a non-use cancellation action. The fact that such actions can be initiated within an earlier trademark infringement dispute is something that trademark owners should take into account before deciding what action to initiate.

It is unfortunate that in some cases trademark owners initiate actions to enforce their rights, but their trademark registrations are cancelled at the end of the action. The owner loses its trademark, while the alleged infringer keeps using the mark freely. This situation should be handled carefully, given that the message to trademark owners as well as potential new investors is not encouraging.

An appeal was decided in March this year by a Federal Circuit court (FCC) which will change the way this type of conflict must be understood and decided.

This situation was truly disastrous for the plaintiff as, despite having won the trademark infringement action, its trademark registration was also cancelled. Confident that the provided evidence was suitable for the relevant purposes, the plaintiff decided to challenge the decision before the Federal Administrative Court (FAC). Nonetheless, the FAC confirmed the IMPI’s decision.

Seeking to overturn the FAC’s ruling, the plaintiff decided to challenge it before the FCC. The court determined that the alleged infringer lacked legal standing for initiating—as a counteraction—a non-use cancellation action against the trademark registration.

It is worth mentioning that this ruling does not remove the possibility of filing other counteractions in this case. And the ruling does not make it mandatory to block non-use counterclaims in other cases.

The FCC reached this conclusion, since the legal effects that come along with the cancellation of a trademark registration are not sufficient to dismiss the earlier trademark infringement action. Consequently, if the counteraction does not seek to dismiss the trademark infringement dispute, then there is no ground for studying the action regarding the cancellation of the plaintiff’s trademark registration.

The ruling does represents not only a direct benefit to the plaintiff, but also a significant change in the way this type of conflict has been resolved so far. This new criterion will change the analysis conducted in connection with conflicts of this nature in which the enforcement of trademark rights and the fight against unfair competition acts are of first importance.

This ruling will reduce the problems pointed out at the beginning of this article, particularly the risk of losing a trademark registration, excessive costs, and a long and exhausting litigation. This ruling can also be used to secure more protection for our nationals’ IP rights and any new investor who has the Mexican market as a target. All the complexities that trademark owners had to face before this ruling have disappeared.

Esly Dorantes is a lawyer at Dumont Bergman Bider & Co. She graduated from Universidad Panamericana and has more than six years of experience in the IP field. Dorantes joined the firm’s IP litigation department in 2016. Her practice includes advising on strategies for the protection and defence of IP rights. She can be contacted at: edorantes@dumont.com.mx