Nestlé v Cadbury: giving with one hand and taking away with the other 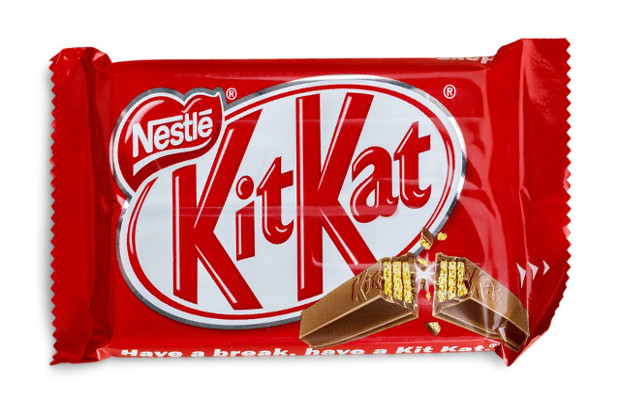 The CJEU’s September decision in the long-running dispute between Nestlé and Cadbury brought good news for trademark owners seeking to protect 3D shapes but bad news for those that need to show their marks have acquired distinctiveness. Mary Guinness of Mishcon de Reya reports.

In 2010 Nestlé applied to register the shape of its well-known Kit Kat chocolate bar as a trademark.

This application was opposed by Cadbury, leading to a decision by the UK Intellectual Property Office (IPO) in 2013 that the trademark could not be registered on the basis that (a) the mark had not acquired the necessary distinctive character (in relation to a vast majority of the goods covered by the application); (b) the mark consisted exclusively of the shape which results from the nature of the goods themselves; and (c) the mark consisted exclusively of the shape of the goods which is necessary to obtain a technical result.

Nestlé appealed to the English High Court, where Mr Justice Arnold sought further clarification on the law from the Court of Justice of the European Union (CJEU) before coming to his decision. Two of his questions related to whether shape marks can be registered, while the other involved the standard of evidence required to establish acquired distinctiveness.

In this case the court identified the essential features of the Kit Kat bar and assessed them as follows:

(ii) The presence of breaking grooves is a feature which is necessary to achieve a technical result;

(iii) An angle of more than 8 to 10 degrees for the sides of the product, and for the breaking grooves, results from the nature of moulded chocolate products and the depth of the grooves is necessary to achieve a technical result; and

(iv) The number of breaking grooves and fingers is determined by the desired portion size.

The essential features identified above do not all fall within one single ground, but each essential feature does fall within one of the grounds. Therefore, in order for Cadbury to succeed in its opposition, the court would need to agree that the grounds for refusal can be applied cumulatively rather than independently (provided every feature falls within at least one of the grounds). Arnold’s preliminary view was that the grounds could be applied cumulatively, and Advocate-General Melchior Wathelet agreed. However, the CJEU has come down on Nestlé’s side, holding that at least one of the grounds for refusal must apply to all the features of the shape.

This decision will come as a relief to many companies looking to protect non-traditional features of their brand. Had the CJEU held that the grounds for refusal could be applied in combination, it would have become very difficult to obtain protection for certain shape marks, no matter how recognisable they are.

During the proceedings, Nestlé had presented survey evidence showing that 90% of people shown a picture of the bar without any names or symbols embossed on it mentioned Kit Kat in their comments. In the context of showing acquired distinctiveness in trademark proceedings, 90% is a very high figure. Following detailed analysis by the IPO’s hearing officer to remove ambiguous or unreliable evidence, this figure was reduced to around 50%. By way of comparison, the evidence produced by Apple to show acquired distinctiveness for its store layout was only 42%.

“The real challenge coming out of this decision will be how trademark applicants can prove that a particular mark is perceived by the relevant public as an indicator of origin.”

The question here was whether it is sufficient to prove that at the relevant date a significant proportion of the relevant class of people recognises the mark and associates it with the applicant’s goods in the sense that, if they were to consider who marketed goods bearing that mark, they would identify the applicant. Alternatively, must the evidence show that a significant proportion of the relevant class “relies” on the mark (as opposed to any other trademarks which may also be present) as indicating the origin of the goods?

On this point, the CJEU came down on the side of Cadbury, finding that: “Regardless of whether [the] use is as part of another registered trademark or in conjunction with such a mark, the trademark applicant must prove that the relevant class of persons perceive the goods or services designated exclusively by the mark applied for, as opposed to any other mark which might also be present, as originating from a particular company.”

The CJEU did not directly answer Arnold’s question. It failed to use the word “rely” anywhere in its decision, leaving it to national courts to determine how to equate “rely” and “perceive”. Clearly the CJEU has not gone as far as Wathelet, who said that the mark should identify the origin “without possibility of confusion”. This suggests the hurdle is not quite as high as it could have been.

On the other hand, does the literal interpretation of the word “perceive” mean more than mere recognition? Arguably “perceive” implies a degree of understanding when the shape is seen, such that consumers understand that the shape is being used to designate the origin of the goods. It remains to be seen how Arnold will interpret this decision when the case returns to court. In any event, the outcome will hang on the strength of Nestlé’s survey evidence. Clearly the evidence showed a very high recognition and association with Nestlé’s Kit Kat brand, but does it show that consumers used the shape to identify the product as having been manufactured by Nestlé or merely that it looks like Nestlé’s Kit Kat?

The real challenge coming out of this decision will be how trademark applicants can prove that a particular mark is perceived by the relevant public as an indicator of origin. Traditional survey evidence can show recognition and association relatively easily, but designing a survey that establishes how the relevant public perceives a mark without risk of biasing the questions will be difficult. This is especially true of shape marks which are almost always used in conjunction with other branding.

Ultimately, will this judgment lead to companies selling limited editions of their products in see-through packaging with no other branding to generate evidence that the customer is guided only by the shape of the product and no other tell-tale marketing signs?

In practice, companies for which shape marks are important should be looking at marketing strategies with this in mind. For newer products, companies would be well advised to ensure that any product shape is sufficiently original or novel to attract design protection, so that they can retain market exclusivity for that shape and by the time they seek to prove acquired distinctiveness, the relevant consumers have already been trained to think of their particular shape as an exclusive indicator of origin.

For companies seeking to use shape marks to protect older, classic or icon designs, (where, in many cases, the design rights in the products will be long expired) any attempt to register the shape as a trademark will be hampered by the presence of competing, copycat products on the market, making it very difficult to overcome the hurdle of proving acquired distinctiveness.

Mary Guinness is a solicitor at Mishcon de Reya. She can be contacted at: mary.guinness@mishcon.com