Influential Women in IP: Changing perceptions inside and out 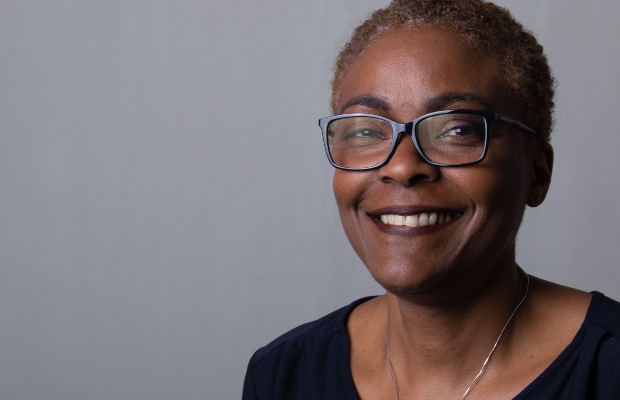 Ros Lynch, copyright and IP enforcement director at the UK Intellectual Property Office, speaks candidly to WIPR’s Sarah Morgan about being a black woman in the Civil Service and preparing for Brexit.

As a director in one of the foremost IP offices in the world, Ros Lynch has her work cut out. In addition to playing a vital role in helping the office prepare for a post-Brexit landscape and leading the UK Intellectual Property Office’s (IPO’s) copyright efforts, Lynch is charged with IP enforcement in a world where everyday infringers are defiant and professional crooks are often one step ahead.

A certain level of stubbornness and doggedness doesn’t go amiss, particularly when it comes to overcoming obstacles. Lynch believes there are two types of barriers for women: those created by systems and processes and those you create for yourself.

“I’ve grown up hearing that as a woman you face barriers and, as a black woman, you face additional hurdles. You think you can’t possibly do things ‘because I’m a black woman’ and this makes someone like me doubly disadvantaged,” she says.

Lynch is not one to shy away from a challenge. “When I started my career and I had setbacks, I just said ‘OK’. But, as time went by, I became more resilient and determined to prove people wrong,” she says.

Self-made barriers amplify any inherent challenges within the system, for instance, a lack of role models that look, or sound, like you. And in the UK Civil Service, historically, most senior positions have been held by white men.

Lynch explains: “Every time you have to take a step back, you question whether it’s because you don’t fit the profile, or whether there’s something inherently wrong with you. You’re constantly questioning yourself.”

While there’s currently a big push from within the Civil Service towards making it more inclusive, Lynch admits that “achieving balance quickly is going to be a challenge, given that the top layer still doesn’t reflect UK society”.

Lynch has received much encouragement from male supervisors over the years.

“I’ve had two or three male bosses who have said to me ‘never let me hear you say you’re doubly disadvantaged’. Having people who tell you to believe in yourself and not have the system block you is crucial,” she explains.

“We have safe networks where you can be introduced to others. The women who have ‘made it’ to positions of influence have often benefited from being part of a network, and they make great role models.”

A support network of mentors and coaches, combined with the determination to pick yourself up each time you get a knockback, comprise some of the necessary ingredients for progression, according to the copyright director.

Lynch’s stance fits in well at the IPO—the office shines in encouraging diversity.

“Diversity is one of the areas where we not only do a massive amount, but we excel. We haven’t cracked the problem and there’s still a lot to do, but the commitment makes this a brilliant place to work,” she explains.

In 2018, the IPO was ranked as a top 10 Working Families’ Employer, for the second year in a row. The IPO has also moved swiftly up the ranks of the Stonewall Workplace Index, an annual audit of workplace culture for lesbian, gay, bisexual and transgender staff. In 2018, the office placed 93rd; this year, it took 13th spot.

Lynch noted that, in March last year, the IPO achieved levels two and three in the Disability Confident scheme, which is focused on improving opportunities for disabled people to get to interview stage during the recruitment process.

In terms of black and minority ethnic (BAME) diversity, the office has engaged with Business in the Community to benchmark its recruitment and career progression and determine whether the office could do more to attract applicants from BAME groups. The IPO achieved a silver banding in the Race Diversity benchmark 2018.

Lynch reports that the office is currently seeking to change the whole culture of the organisation, overhauling a performance management system to better recognise people who give their best.

“There’s a momentum and a pulling together in trying to achieve this. People know we’re trying to move to something much better and everyone is wanting to play their part in doing it,” she adds.

While the proportion of female inventors has almost doubled over the past 20 years, there’s still plenty of work to do, according to “Gender profiles in worldwide patenting”, a report released by the IPO in October. Historically, 2 to 3% of inventors worldwide were women, but this has risen since 1960 to reach 6.8% in 1998 and almost doubled to reach 12.7% in 2017.

“Outside of this, on the policy side, we’ve looked at the talent pipeline coming into the IPO and how we could improve on that situation,” says Lynch. The office is currently working with universities to take on interns from ethnic minorities as well as disabled undergraduates.

Lynch adds: “It all comes back to the image we portray and how people see us as an employer. Although we’re doing very well, as you get to the top of the organisation the gender diversity is not as good as it could be. There are two women on our board, but there’s a lot to be done in trying to change our image, and this is a UK Civil Service-wide issue.”

Networks, whether they bring together women in the IP arena or link the IP world with the STEM sector to alleviate bias, are already making a huge difference, Lynch believes.

“One of the things I’ve realised is that it’s about who knows you. I’m glad to see we have safe networks where you can be introduced to others. The women who have ‘made it’ to positions of influence have often benefited from being part of a network, and they make great role models.. You can learn from them and I think that’s hugely important,” she says.

Much like every other UK government department, the IPO is preparing for dealing with the UK’s departure from the EU, and attempting to plan for every eventuality. Once Brexit completes, the office will be concentrating on its trade agenda to maintain its spot as a leading IP office.

“Our IP framework is strong. It’s consistently rated in the top five in the world. We want to make sure that whatever happens going forward, it is not undermined. In preparing for Brexit, we’ve been doing a lot of work internally on our digital environment,” explains Lynch.

To keep the UK at the cutting edge of innovation (it ranked fifth in the World Intellectual Property Organization’s 2019 innovation index), the office is focusing on artificial intelligence and other technologies, in terms of what they mean for copyright liability, ownership, privacy, and ethics.

As new technologies develop, so do the challenges the office faces in protecting the associated innovation, and Lynch’s other job role, enforcement across all types of IP, is just as strenuous.

“It’s the rights owners who need to enforce their rights, but we need to make sure we have a framework that is accessible, proportionate and fit for purpose,” she explains.

The IPO is trying to make IP crime and infringement socially unacceptable. It’s an ambitious goal, given that the UK is one of the top three hotspots for illegal live streaming (according to a 2018 report from anti-piracy company Irdeto) and that global sales of counterfeit and pirated goods jumped to €460 billion ($509 billion) a year in 2016, amounting to 3.3% of world trade.

To accomplish its objective, the office is trying to use language that makes people understand how pervasive IP is and how everything they do, “from blow-drying their hair to using their mobile”, is part of the innovation ecosystem, says Lynch.

She adds: “Not everyone can be JK Rowling or Robbie Williams and make millions. Some people are working three jobs to be able to support their creative talent and IP infringement is denying people their ability to survive.”

Lynch rejects the common complaint that sectors such as the large movie studios are rich enough already, pointing out that many people depend on the creative industries.

“It’s the costume-maker, the prop-maker, and the person who serves coffee and tea in the café who depend on this industry.

“These things are all tied up and we need to get the narrative right so people can realise the extent to which a lot of people depend on IP,” she concludes.