EPO: trouble at the top 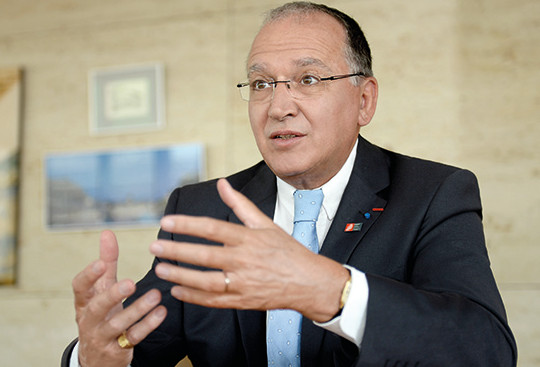 Tensions are increasing between a section of the European Patent Office’s workforce and its president Benoît Battistelli. WIPR gives a run-down of events, with exclusive comment from Battistelli himself.

At the AIPPI World IP Congress in Toronto in September, Benoît Battistelli, the president of the European Patent Office (EPO), agreed to meet WIPR at the EPO stand. Rather than having an informal chat there, we were taken to a quiet room nearby with a large oval table at its centre, for an exclusive interview.

Although we’d been asked to provide some questions in advance, he said he had not seen them so we began by putting to him some of those provided. They were based on a series of critical emails sent earlier to WIPR’s news editor by EPO staff.

Battistelli responded by claiming that there was a “defamation campaign” against him. As WIPR had by then run a series of stories on its website based on the EPO staff’s complaints, it appeared he was referring to us.