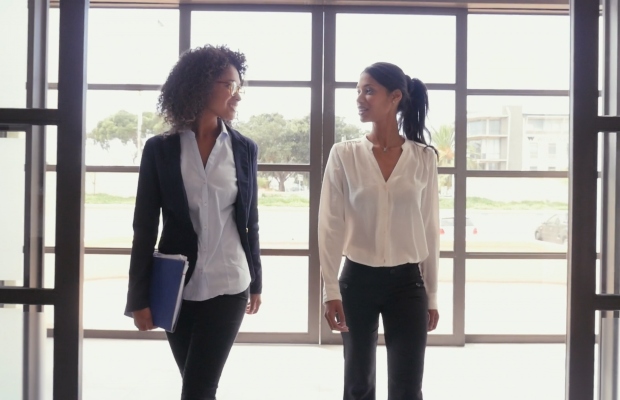 There’s a dearth of women in senior positions throughout the intellectual property (IP) field. Women are still being paid less than men and attrition rates are high. How can these problems be solved?

One way is to champion and advance women’s leadership in IP. INTA’s new project—The Women’s LeadershIP Initiative—does precisely that. But it doesn’t stop there: the initiative is also designed to provide sustained programs to help women in the Association’s community achieve professional success.

As part of this plan, INTA will be offering a workshop on advancing women’s leadership, as part of the Diversity and Inclusion track of the Annual Meeting program.

The popularity of The Women’s LeadershIP Initiative Workshop―Advancing Women’s Leadership: Women and Men Working Together to Effect Change is evident. The workshop, which is taking place three times during the Annual Meeting, is at capacity (preregistration was required).

Facilitated by Debbie Epstein Henry (US), a consultant, best-selling author, and public speaker, the workshop will bring together practitioners of all genders to discuss current realities and to learn ways to communicate and collaborate more effectively in order to support each other.

Men are intentionally being brought into the conversation. Ms. Henry strongly believes that men have a significant role, including as champions of women, in eliminating the inequities of women in senior leadership positions.

During the first decade of her 20-year consultancy, Ms. Henry mostly spoke to all-female audiences. Then, she switched gears.

“There’s a lot of preaching to the choir,” she explained. “We need men to be invested in these conversations. They have to understand why it’s in their business interest.”

Running the event as an interactive session, Ms. Henry will first examine the challenges woman lawyers face and where they typically stall in their careers. Then, in a workshop format, smaller groups will brainstorm solutions in one of four areas before reconvening as a larger group to discuss their recommendations.

Registrants will leave the workshop with winning strategies in four main areas: sponsorship and strategic alliances, self-advocacy, networking, and leadership and executive presence.

“When I do workshops and people brainstorm about solutions, they end up applying those solutions readily to their own lives. It feels much more real than if I were just to make all the recommendations,” Ms. Henry said.

During the reporting back segment, she will contribute her own recommendations on ways for registrants to improve in the four areas.

“The idea and premise behind these four topics are that we're going to assume these IP lawyers are high-level and high-functioning. The issue is not about their substantive legal work; the focus is the differentiators that separate out those lawyers who thrive in the workplace and those who wither,” explained Ms. Henry, who holds a J.D. degree.

She added: “In my mind, the people who thrive are the ones who have these four extra areas of strength. Developing them will help you differentiate yourself in the workplace, so that you’re much more than just a good lawyer.”

On self-advocacy, Ms. Henry said that women are not necessarily socialized to raise their hands for opportunities the same way men are.

“A lot of women are taught that it’s not appropriate to self-advocate,” she explained. “The challenge comes when a woman overcomes those obstacles, and does try to self-advocate, but then she’s punished for it more than a man would be.

“There’s an expectation that men will behave a certain way, and they’re not punished for doing so. The same conduct or language from a man is often treated differently if it comes from a woman.”

Ms. Henry will discuss how to demonstrate your value, without being the “self-promoter” that everyone detests. Rather, she will focus on “how to show that you’re contributing to the team but also able to claim your contribution, so people properly understand what you’re bringing to the table.”

“It’s a fine line, and it’s often harder for women to achieve. But it’s more important than ever, particularly now in a remote or hybrid workplace. Your contributions have to be visible,” she added.

Sponsorship is not to be confused with mentoring, stated Ms. Henry, noting that many organizations have mentoring programs, “where they artificially connect people and presume they’re going to develop a mentoring relationship.”

“A sponsor, by definition, is someone who is high-powered and of influence. It’s not just that that person is powerful, but it’s somebody who is willing to use his or her powers to back a colleague with high potential,” she added.

The sponsorship relationship is symbiotic: a sponsor needs a protégé who will get the work done and make them look good. In turn, a protégé needs a sponsor who advocates for them when they’re not in the room, she said.

“The people who thrive are the ones who have these four extra areas of strength.”

Gravitas stems from characteristics such as intellectual capacity, credibility, vision, and integrity—all qualities that can be found in good leaders.

While Ms. Henry will focus on all three components during the session, she plans to dig down into communication skills and how to be an effective communicator. The third component, appearance, forms a smaller part of executive presence.

“I’m not saying you have to conform, but it does recognize that part of how we are evaluated in the workplace is how we present ourselves and whether we look professional,” she said.

“In order to be effective at networking professionally, you have to be comfortable at making ‘an ask,’” she said.

Ms. Henry’s article “Make Your Ask a Give” suggests: “By getting to know someone’s needs and interests, you learn if what you can offer aligns with what they need. So, rather than frame your ask as a favor, see instead if you can offer to be a resource.”

“I change it around and say, ‘Can you think about how you could be a resource to somebody?’ rather than feeling you’re asking for a favor.”

In Ms. Henry’s view, lawyers must get out and be visible. “People have thought historically this is just fluff, it is not anything to do with being a lawyer. But it’s really half of how you’re evaluated in the workplace. There are a lot of talented attorneys, and it’s not always their intellect that ends up differentiating people, it’s their personality,” she said.

Bringing Men into the Conversation

Ms. Henry added that it’s important to have leaders involved in the conversation, and, as men comprise the majority of leadership in organizations, it’s vital they are included. Ensuring they’re more informed about the issues and challenges forms part of this inclusion.

According to Ms. Henry, research around men supporting women has found that part of the concern is that some men think they may be replacing themselves. She added that addressing this anxiety is very important.

“Engaging Men in Gender Initiatives: What Change Agents Need To Know,” a 2009 report by Catalyst, identifies three barriers to becoming a male champion for gender initiatives: apathy, fear, and real or perceived ignorance.

This still holds true today, she said, concluding: “You have to educate and address the fear, and you also have to address the apathy by saying this is in your financial interest.

“If you’re a partner at a firm for example, and half of your talent pool is underperforming because they’re not rising through the ranks at the same rate or they’re not performing at all because they’ve left, then you’re running an ineffective business.”

Concluding her thoughts on running the workshop, Ms. Henry said that the skills and the themes she will cover are universal.

“The linchpin for me on advising on networking or business development is all about make your ‘ask' a ‘give’,” she said. “That is something that applies to everybody—it’s about being generous and helpful to people, and not expecting a quid pro quo. Those types of ideas are valuable and should be reinforced for everybody.”