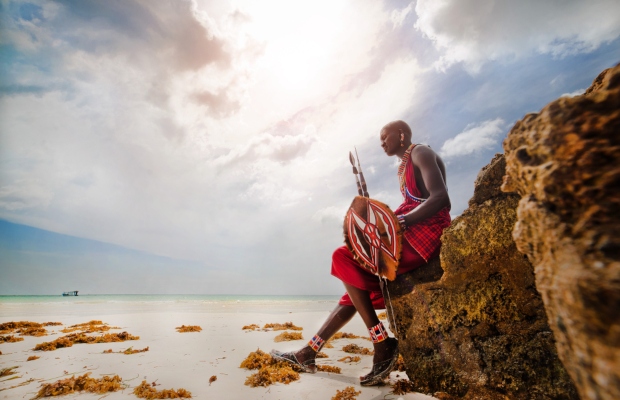 Indigenous and traditional knowledge encompasses the notion of rightful ownership over cultural expressions, language, and customs. Today there is an expectation on all IP owners and IP offices to respect the cultures and innovations of indigenous people. Rory O’Neill reports on the approach of IP offices in several countries.

There are few areas of intellectual property (IP) which can elicit such an emotionally charged response from the parties involved as that relating to indigenous knowledge. While disputes over indigenous or traditional knowledge often boil down to what in legal terms are standard trademark, patent, or copyright disputes, the cultural significance of the claimed IP should not be underestimated.

Indigenous knowledge encompasses the notion of rightful ownership over cultural expressions, language, and customs. These disputes are often bound up with centuries of history, and may be dotted with violence, disenfranchisement and painful memories.

Now more than ever, there is an expectation on all IP owners and IP offices to approach these issues with the utmost sensitivity, care, and most importantly, respect for the cultures and innovations of indigenous people.

The term ‘indigenous’ comprises a multitude of different cultures, languages, and people with distinct histories across the globe. The approaches of different IP offices and indigenous-led campaigns reveal the challenges of protecting this unique IP.

According to Ben Mitra Kahn, general manager of policy and governance at IP Australia, future policy development in relation to traditional knowledge will be based on four key principles that emerged from its Indigenous Knowledge Consultations which concluded in February this year: control, protection, recognition, and respect.

In practice, Mitra Kahn says, this means that Aboriginal and Torres Strait Islander people want to be able to impose sanctions against those who misappropriate indigenous knowledge and to have their cultural protocols respected.

Off the back of the consultation process, he says, IP Australia is developing a “work plan” of policies aimed at improving the country’s IP system and making it better suited to protecting traditional knowledge.

The IP office in New Zealand (IPONZ) is also undergoing a review of its indigenous knowledge policy framework in light of consultations and contributions from Māori people. In August 2019, Nanaia Mahuta, New Zealand’s minister for Māori development announced that the government would be developing a “whole-of-government” approach to certain key issues encompassing traditional knowledge.

This new framework is intended to address the issues raised in the Wai 262 claim that was submitted to the Waitangi Tribunal in 1991. The tribunal published its “Ko Aotearoa Tēnei” (“This is New Zealand”) report in 2011, in which it recommended “wide-ranging reforms to laws and policies affecting Māori culture and identity”.

“There is an obligation on IP owners to stand up for indigenous people.” - Ron Layton, Position Business

An IPONZ spokesperson said that, as part of this process, the government was reviewing the Plant Variety Rights Act 1987 partly to ensure compliance with the 1840 Treaty of Waitangi, which set out the rights of the Māori in New Zealand under the British Crown.

The latest review process feels timely after a trademark controversy involving the country’s national air carrier, Air New Zealand and its bid to register a logo for its inflight magazine titled “Kia Ora”. The phrase is a Māori greeting that has gained popularity and usage in wider society. News of the registration sparked anger from the New Zealand Māori Council, which threatened a boycott.

Speaking at the time, Matthew Tukaki, chief executive of the Māori Council said: “Our language is a national treasure for all of us and we need to respect it. It's not here for business to use it and profit from it as they see fit.”

The IPONZ spokesperson confirmed that, per usual procedure, the trademark application would be subject to a consultation with the Māori Trade Mark Advisory Committee, which advises examiners on whether a mark may be considered offensive to Māori people.

This level of regular consultation between indigenous people and the IP office is partly what IPONZ believes sets it apart as an “internationally recognised leader in the area of indigenous IP”, the spokesperson said.

While Australia and New Zealand, and their respective indigenous populations, have distinctive histories and cultures, to what extent can general principles be established when it comes to indigenous IP?

According to Mitra Kahn: “It is important to design a framework for the protection of indigenous knowledge internationally.”

“Recent progress to support the protection of indigenous knowledge and resources in the patent system (for example, knowledge about plants used in traditional medicine), is reinvigorating collaboration at an international level,” he says.

Australia’s and New Zealand’s IP offices agree that engagement at the level of the World Intellectual Property Organisation (WIPO) is important: IPONZ and IP Australia both said that they participate in WIPO’s Intergovernmental Committee, which received a renewed focus at the latest WIPO Assemblies in October.

IP Australia is in regular contact with other IP offices around the world, particularly those with shared concerns on traditional knowledge.

“New Zealand and Canada share a familiar history and legal framework to that of Australia, and our IP counterparts are working on similar challenges with the IP system,” says Mitra Kahn.

“We regularly share our policy developments with our counterparts in New Zealand and Canada and look to learn from each other’s experience where we can.”

Ron Layton, founder at Position Business, has spent more than a decade working with the Maasai people native to Kenya and Tanzania, putting in place a brand protection infrastructure which he feels can offer a model for other indigenous communities.

Central to this model is the active licensing of the Maasai brand, and a no-tolerance approach to unlicensed use of their IP.

During his work with the Maasai, Layton encountered behaviour from companies and brands which he felt was particularly egregious.

“I witnessed a lack of respect by a lot of companies,” he says. Since his formal appointment as a legal representative for the Maasai last November, his team has contacted 54 companies around the world that were felt to be infringing Maasai IP.

“A small number of the companies are not using the brand any more, but a lot of them ignored us,” he says.

The goal now is to put as much pressure on these companies as possible in order to stop what is seen as the exploitation of Maasai culture.

“There is an obligation on IP owners to stand up for indigenous people,” Layton says.

Layton has a particular passion for working with the Maasai, but he feels their case has a wider significance for indigenous communities around the world.

“The Maasai have been brave enough to go out and break down some barriers,” he says. Largely thanks to their efforts, there is more pressure than ever on brands to avoid exploiting traditional knowledge.

“If we respect the Maasai culture, we can respect a lot of other cultures,” Layton argues.