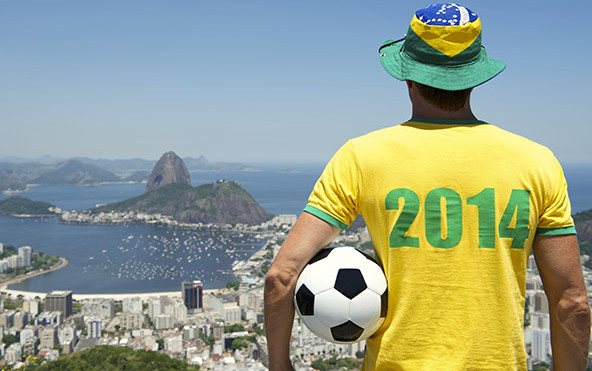 Now that one of the world’s biggest sports tournaments has drawn to a close for another four years, WIPR examines what lessons in ambush marketing Brazil can take from the World Cup as it prepares to host the Olympic Games in 2016.

On June 23, while millions around the world watched Brazil beat Cameroon in a group stage match at the football World Cup, the tournament’s organiser, FIFA, had an eye firmly on the waistband of Brazil forward Neymar’s underwear.

Taking his shirt off at the end of the match, Neymar revealed the upper part of the distinctive pair of boxers, made by local company Blue Man. It could have been an accidental slip, but as Blue Man was not a sponsor of the World Cup, and Neymar was giving the company some free exposure, it was investigated as an incident of ambush marketing.

Official viewing figures for the 2014 World Cup have not yet been released, but as group stage matches reached record numbers of viewers around the world, FIFA says it expects to beat the 3.2 billion total of 2010’s World Cup, held in South Africa.