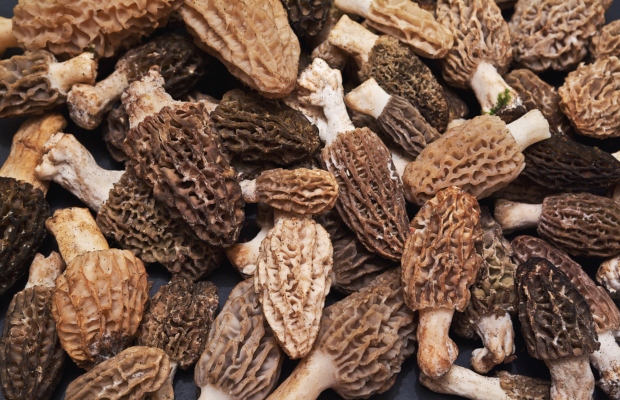 One of the world’s most expensive mushrooms may soon receive protection in the form of a geographical indication (GI) in India.

The mushroom, known as ‘Gucchi’ or ‘Morel’, is grown in India’s Doda district in the territory of Jammu and Kashmir. Jammu and Kashmir’s Department of Agriculture has reportedly filed an application to secure GI protection for Gucchi.

Fetching more than ₹20,000 ($273) per kilogram, Gucchi is one of the costliest mushrooms in the world. Around 45 tonnes of the product is produced annually in Jammu and Kashmir. It tends to be collected by farmers and tribesmen around March after the snow has melted.

The expensive fungus, which is described as having a spongy texture, is believed to have medicinal and anti-inflammatory properties. It is served during celebratory occasions, such as at weddings, as well as at high-end restaurants.

According to Business Line, it is hoped that GI protection will create “branding and commercial interest for this rare heirloom crop, thereby helping the tribal populace dependent on it for their livelihoods”.

The process of seeking a GI for Gucchi has reportedly been in the works for a year and is expected to result in farmers receiving higher prices for the product.

India, as a member of the World Trade Organization, enacted a law to protect GIs—the Geographical Indications of Goods (Registration and Protection) Act) 1999—to comply with the Agreement on Trade-Related Aspects of Intellectual Property Rights.

The first product to receive GI protection in India was Darjeeling tea, and nearly 400 goods have since obtained GI certification.

News of the potential protection for Gucchi comes after Kashmir Valley saffron, a spice grown in Jammu and Kashmir, was granted certification as a GI by the Indian government in 2020.