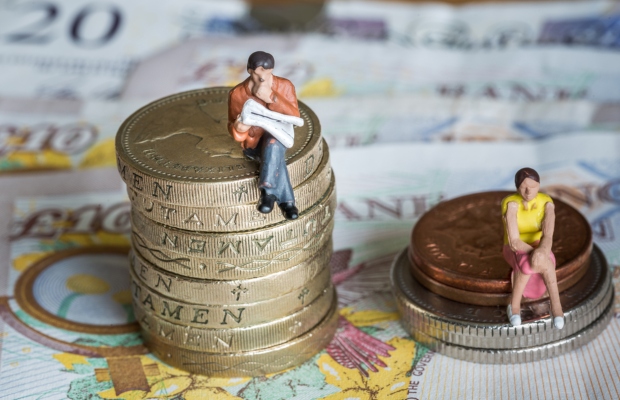 The UK Intellectual Property Office (IPO) has reported a 32% gender pay gap in favour of men.

The figures, which correspond to the office’s median pay gap between men and women, come as part of a new report published last week.

According to the report, which uses data measured on March 31 last year, the mean pay gap is 21% in favour of men.

The IPO attributed the gap partly to the underrepresentation of women in STEM-related fields.

“Given our workforce profile, and the industry from which we recruit, a gender gap of some sorts is not unexpected,” the report stated.

“The comparison of mean and median pay in the IPO shows a gap in favour of men which is higher than the national pay gap which is 17.3% (median), but not dissimilar to the gender gap in the field of IP where females specialising in STEM are consistently under-represented,” it added.

The report shows that the ratio of men to women in higher-paid roles increases progressively in each pay quartile of the IPO’s staff.

Just under two-thirds (64%) of staff making up the lowest pay quartile are women, with that figure falling to 54% in the second quartile.

Only 28% of staff in the IPO’s highest pay quartile are women.

Women make up 46% of the IPO’s staff in total. The report stressed that the pay gap owes to there being more women in lower-paid grades, rather than there being pay inequality between men and women in the same roles.

“The IPO is committed to fair pay irrespective of gender and this is echoed in our annual inclusion and diversity report,” the report said.

“It is something that we, as an organisation, take very seriously and reducing our gender pay gap will be a priority focus,” it added.

As part of our Influential Women in IP series, WIPR is currently conducting a survey on diversity and inclusion in the IP industry.

The survey is open to all and asks people about their experiences in their current workplace and the wider industry.

The US Patent and Trademark Office (USPTO) recently asked Congress for greater data-gathering powers in order to address a “dearth of information” on diversity in the US patent system.

The USPTO wants to conduct a voluntary survey every two years of inventors named in US patent applications, but would need authorisation from lawmakers to do so.

The latest data from the USPTO indicates that just 12% of all inventors named on US patents in 2016 were women, marking an increase of only 9% over the past 40 years.