The Bi flag controversy and when IP becomes personal 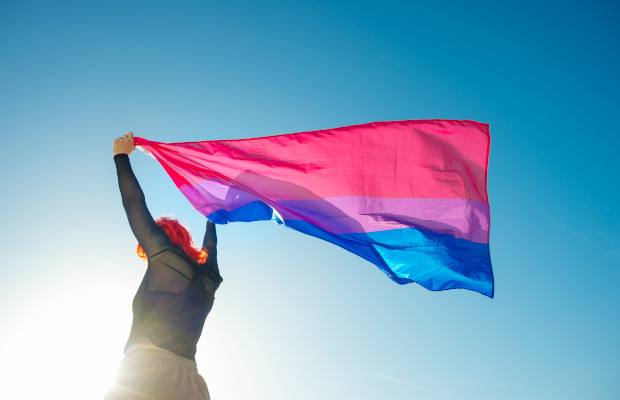 A rather bitter controversy broke out on Twitter this week when the president of a US non-profit group claimed that it owned copyright for the Bi Pride flag, and threatened to enforce it.

The flag, an offshoot of the rainbow design that has become a widely used symbol for LGBTQ+ pride, was developed as a symbol to give greater visibility to bisexuals as a group or community.

The reaction to the copyright claims online, including from bisexuals, activists, and wider LGBTQ+ networks, was not positive. BiNet USA, the group behind the claims, was pelted with obscenities, angry messages about exploiting the community they claimed to represent, and calls for resignations on Twitter.

That’s not to say the reaction wasn’t justified or understandable—it just serves to highlight the dangers of throwing around purported IP rights when it comes to symbols and concepts that have emotional value.

This is especially true when the symbols are important to oppressed and marginalised groups who feel a sense of ownership. So how did it play out?

The controversy first arose when the non-profit BiNet USA declared on Twitter that it considered itself to be the rightful owner of copyright for the Bi flag, which is commonly seen at Pride demonstrations around the world.

BiNet claimed that it created the red, blue, and purple-striped design in 1998 with Michael Page, usually credited with designing the flag, and that it would now be enforcing its copyright.

Artists and online content creators using the design reported being sent messages from the group’s account informing them that they were in breach of copyright.

It soon emerged that the tweets were sent by BiNet president and activist Faith Cheltenham, and did not have the full support of the group’s board.

The group’s Twitter account was deleted shortly after, and people associated with the group began distancing themselves from the copyright claims.

One board member said on Twitter that they had not been consulted about enforcing the purported copyrights, which Cheltenham confirmed on their personal Twitter page to be an “executive decision”.

“I do not share the view that BiNet owns or should seek to license the bisexual pride flag,” the board member clarified.

There are two main issues in this controversy: do BiNet’s claims have any legal veracity, and should anyone try to enforce ownership over a symbol like a Pride flag?

According to Brian Winterfeldt, founder and principal of Winterfeldt IP Group and diversity activist, it’s unlikely the design is eligible for copyright protection.

“The colors comprised by the bi pride flag were widely used and associated with the bisexual community, in the form of the ‘biangle’ design among others, before they were incorporated into the flag by Michael Page,” he explains.

While Page’s contribution was “commendable”, the design is “probably not sufficiently original to give rise to exclusive rights,” Winterfeldt says. There’s then the separate issue of what rights BiNet has to the design, even if it is enforceable IP.

Previous public statements from BiNet in 2018 that the flag “officially belongs to the entire bisexual community” would seem to undermine any later claim to exclusive copyright.

BiNet could have unregistered trademark rights if the public had grown to know the flag as a symbol indicating BiNet as the origin of a product or service.

“As an American consumer and member of the LGBTQ+ community, I certainly do not have any such source-indicating association with the flag,” Winterfeldt says.

So BiNet’s IP claims probably don’t amount to anything from a legal standpoint. But the scale of the anger they received online does indicate something about the ability IP claims have to inflame underlying tensions when it comes to marginalised groups. We’ve seen this time and time again; indeed, we’ve seen it before with a flag.

In Australia, the Aboriginal flag has been the subject of a copyright dispute, as Aboriginal businesses and creators report being told by a clothing company, and licensee to the copyright for the flag, that they can’t use the design. Disney also faced a backlash last year after trying to register ‘Hakuna matata’, a common Swahili phrase, as a trademark.

When it comes to intangible symbols like flags, phrases, cultural expressions; groups feel a sense of collective ownership over them. Efforts by one particular group or company to claim legal rights to such symbols are rarely met with anything but hostility.

IP claims for symbols related to activism and oppressed communities aren’t necessarily a bad thing. As Winterfeldt points out, LGBTQ+ suicide prevention charity The Trevor Project has a trademark portfolio, which he says helps prevent “malicious third parties from misdirecting at-risk youth” away from the services they need.

But in this case, he says it’s “deeply disturbing that any LGBTQ+ organization would seek a windfall from the growing popularity of symbols of our pride in our many respective identities, at the expense of our brothers’, sisters’ and siblings’ freedom to express that identity with all of the best intentions”.

Context, seemingly, is everything. In this case, people couldn’t see any tangible value to the wider community in the copyright claim. It was received as an attempt to take people’s flag away from them, rather than protecting it from misuse. Ultimately, it just looked like an effort to monetise people’s identity. That is much less likely to go down well.

Did you enjoy reading this story? Sign up to our free daily newsletters and get stories sent like this straight to your inbox.