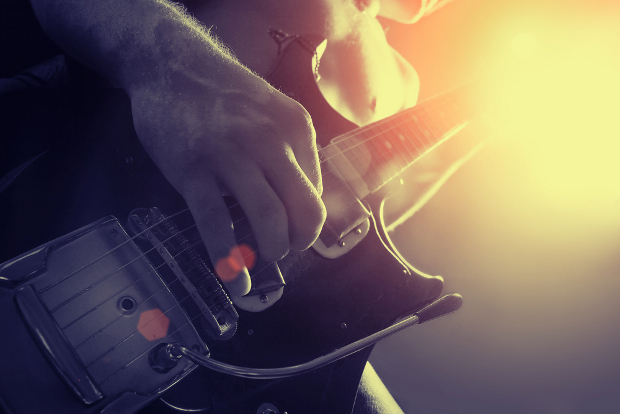 The son of Marc Bolan, the late frontman of British rock band T-Rex, is suing a music producer for more than $2 million amid copyright infringement claims.

Rolan Bolan, real name Rolan Seymour Feld, has filed a lawsuit against UK based producers Westminster Music Limited, claiming he is the sole owner of his father’s compositions and that the company has distributed his songs unlawfully.

In documents filed at the US District Court for the Central District of California, Feld claims Bolan transferred copyright to Westminster Music for one year in 1968 but says the company never has extended the term.

As Bolan’s only heir, Feld claims he is in fact the sole owner of his songs in the US.

A court document, filed on July 10, alleges that Westminster Music had “falsely registered” with the copyright office a claim to a renewed and extended term of copyright.

It adds that it has “without limitation,” reproduced, distributed and performed Bolan’s compositions over the Internet.

Under US law, rights for musical works belong to the living author unless they enter into an agreement to transfer them. When an author dies during the initial term, rights automatically belong with the author's heir.

However, according to James Trigg, partner at Kilpatrick Townsend & Stockton LLP, in Atlanta, it would be hard to predict an outcome of the case due to mystery surrounding Feld’s relationship with the producers.

"These cases tend to be very fact specific and often delve deeply into the nature of the past relationship between family of the artist and the claimed rights holders,” he said.

T-Rex achieved widespread fame in the 1970s with songs including Bang a Gong (Get it On) and Children of the Revolution. The 2000 film Billy Elliot also featured a T-Rex soundtrack.

Trigg added: “Over time, T-Rex songs have been used in TV adverts and films so it would not surprise me if the publishers have earned substantial revenue from the licencing of the songs. If Mr Feld is successful, it is certainly possible that his damages could hit the $2m mark or possibly more.

“The measure of damages would be handled in one of two ways. In most cases the level is decided based on how much an infringer has profited from unauthorised use of the work and whether the plaintiff has suffered actual damage. The other method, known as ‘statutory damages,’ places less emphasis upon proving profits and actual damages, and instead allows plaintiff to say I am claiming recovery of up to $150,000 per-work –courts tend to find reasons to not give this amount but obviously if a large volume of high earning were at stake you could conceivably claim a lot.”

Bolan, real name Mark Feld, died in a car accident in London in 1977 aged 29, one year after the birth of his son.