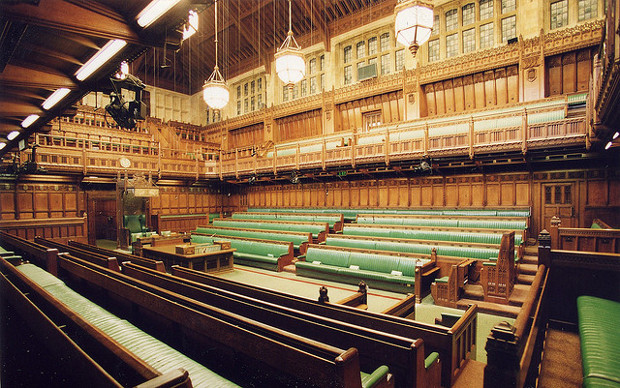 The UK parliament has heard a second reading of the Intellectual Property Bill in the House of Commons, with the proposed criminalisation of infringing design rights a hot talking point.

Debated on January 20, the reading marked the first time members of parliament (MPs) were able to discuss the bill’s finer details.

The bill, which stems from recommendations outlined in the Hargreaves Review of Intellectual Property and Growth, an independent review of the UK’s IP strategy, was approved by the House of Lords, the upper chamber of the UK parliament, last year.

It was first presented to the House of Commons in August last year, although the first reading in that chamber is usually seen as a formality and takes place without a debate.

Among the suggestions outlined in the bill include modernising aspects of the law to make IP more accessible to small and medium-sized enterprises (SMEs), and enhancing design protection systems with the possibility of introducing criminal sanctions for infringement.

The bill also features provisions on preparing the UK to implement one of the headquarters of the proposed Unified Patent Court.

Simon Mounteney, partner at Marks & Clerk LLP in London, said IP had traditionally been “quite low” on the list of political priorities in the UK and that practitioners would ordinarily have expected Intellectual Property Office (IPO) consultations to “sail through” in the past.

“However, IP has gained much more prominence in the boardroom in recent years, so it will be interesting to see if this is reflected in the level of attention it receives in the house,” Mounteney added.

The bill is being led through parliament by government minister David Willetts, who said the reforms “were vital” and set out to “protect an important industry”.

Speaking to the house, Willetts paid particular focus to the design law provisions, which he said would “strengthen the design industry”, and said that the provisions were set out with the aim of helping SMEs.

The design recommendations could see alleged copiers face a 10-year-prison sentence unless they can prove that they “reasonably believed” they had not infringed an existing design.

“The provisions are not designed to have a chilling effect on innovation. Introducing a criminal sanction for those who intentionally copy design will give the UK’s design system the same protection as trademarks and copyright,” said Willetts.

However, in response, some MPs said there were issues highlighted by companies, including vacuum maker Dyson, which raised concerns about criminalising those who “inadvertently” copied design rights.

One MP suggested that the word “intentionally” should be inserted into the bill, in order not to punish unintentional infringers.

Willetts said that he hoped to address those concerns when the bill reaches the committee stage.

Mounteney told WIPR: “Criminal sanctions are considered to be harsh by some, but they do already exist for copyright, so there is some logic in equal treatment.

“On the other hand, do we need to resort to arguably draconian measures if the existing penalties work already? Should decriminalisation of copyright infringement be on the table, as well? In the second case, potential revocation could deter patent owners from using the system.”

During the debate, Willetts said design protection was a problem “which members of all sides of [the] house will have had raised” and that protecting designs posed an “unmanageable financial burden to our small companies”.

Iain Wright, shadow minister for business, innovation & skills, labelled the bill as “brief and flimsy”, adding that IP was an industry that is becoming “more and more important” in the UK.

Wright, who said the UK had the fastest growing digital economy in the G20, said the government should consider the introduction of an “IP tsar” and that the IPO should take a stronger role of “championing the rights of IP”.

Wright added that his party, Labour, would be considering and “probing” the government about whether the proposed 10-year penalty for design infringement was an appropriate measure, adding that it would create a "chilling effect" on innovation.

The debate is expected to continue this evening.

The bill must pass three readings in the House of Commons before becoming law. Any individual clauses and amendments will be made at the committee stage, which follows the second reading.