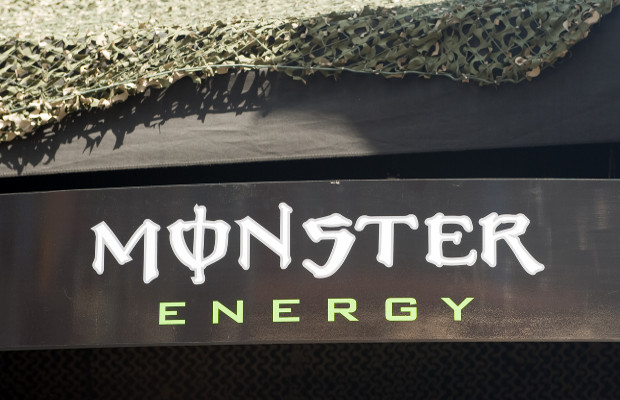 Monster Energy has lost an appeal against a trademark series applied for by Monsta Pizza, a pop-up eatery.

In a decision on January 28, the UK Intellectual Property Office (IPO) rejected the appeal in its entirety.

Monster filed the appeal against an earlier IPO decision which ruled that Monsta Pizza’s applied-for trademarks did not infringe those owned by Monster, which had opposed the application.

The marks, one red and one black, are both square-shaped with the words ‘Monsta Pizza’ in stylised writing. Monsta Pizza sought to register them in class 30 and 43, for pizza and pizza parlours.

In its latest appeal, Monster relied on its earlier registered marks, including the word mark ‘Monster’ (EU number 9,492,158), registered in class 32 for non-alcoholic beverages.

It argued that the hearing officer, George Salthouse, who heard its original opposition, made errors in his judgment.

Monster said Salthouse wrongly concluded that the average consumer would pay a “medium degree of attention” to the purchasing decision and wrongly assessed the similarity of goods and services offered by Monster and Monsta Pizza.

It also said Salthouse was wrong to determine that there would be no link between the two companies in the average consumer’s mind.

Monster argued that the average consumer would pay a low amount of attention to the purchasing of goods, rather than a medium degree.

But, Philip Johnson for the IPO said Salthouse “had no evidence before him as to the purchasing decision of any of the goods or services in question” and had to rely on his own experience as a member of the general public.

It said that it is routine for hearing officers to rely on their own experience when the quality of evidence filed by parties is poor.

Johnson said Monster was “essentially asking me to substitute my view of how much care is taken when purchasing the relevant goods and services” with Salthouse’s.

He added that while some consumers pay little attention to what they eat, others (such as those with allergies) pay an intensive degree of attention. Johnson concluded that most consumers will fall somewhere in between these extremes.

Therefore, Johnson determined that Salthouse’s finding was entirely reasonable and was not open to challenge.

Monster also claimed that Salthouse’s judgment was flawed in comparing the similarity between Monster’s energy drinks and Monsta Pizza’s goods. Monster argued that food and drink both provide nourishment so there must be some similarity.

Johnson dismissed this claim and said “there was no possible way pizza would be used to describe energy drinks”. A ruling which suggested otherwise would mean that all foods and drinks would be seen as similar, he added.

He said that the EU General Court has previously found that beer is not similar to wine, and therefore “it would be extraordinary to conclude that other drinks—such as Monster Energy—were similar to pizza”.

Although the IPO did agree that there is some aural similarity between Monster’s marks and the marks in suit, Johnson said there is no conceptual similarity and therefore the marks are similar only to a “low degree at best”.

Monsta Pizza celebrated its win on social media, writing on Twitter: “We Won. Our name is ours. The monsta beat the monster. The case is over.”

Skechers wants ruling that its shoe does not infringe Adidas TM