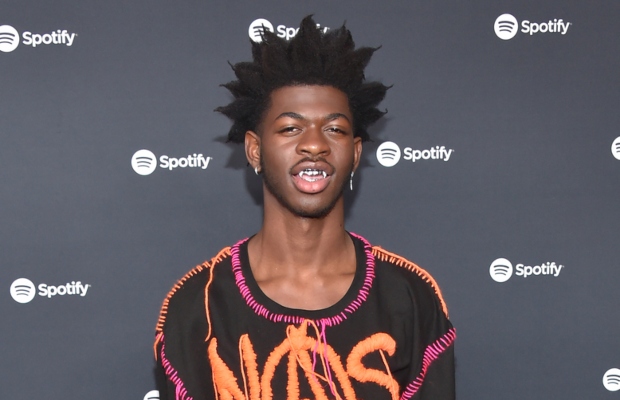 MSCHF revealed the $1,018 customised trainers last month, developed in collaboration with rapper Lil Nas X alongside the release of his new music video “MONTERO (Call Me By Your Name)”.

The custom shoes, based on Nike Air Max 97s, were met with controversy due to their prominent satanic imagery.

Alterations to the shoe include the addition of red ink and human blood to the midsole, red embroidered “satanic themed detailing” and a bronze pentagram feature to the laces.

Only 666 of these limited ‘Satan shoes’ were manufactured.

Following the reveal, the shoe had received backlash from religious and conservative figures on social media platforms.

Nike filed a lawsuit against MSCHF on 29 March, claiming that the company had launched the limited-run sneaker without Nike’s approval or authorisation and that the controversy had damaged Nike’s branding.

Nike said in the complaint to the US District Court for the Eastern District of New York that the shoes, while customised, still prominently featured the Nike ‘swoosh’ logo.

“In the short time since the announcement of the Satan Shoes, Nike has suffered significant harm to its goodwill, including among consumers who believe that Nike is endorsing satanism,” Nike explained.

District judge Eric Komitee ordered MSCHF to halt orders of the shoes on April 1 and refrain from using or referring to the NIKE word mark or ‘Swoosh’ mark, hitting the art house with a temporary restraining order.

Nike has been ordered to post $50,000 security, to compensate MSCHF if the injunction is found to have been improperly granted.

However, all but one of the 666 shoes were already sold and shipped before the court entered its order, making the injunction largely moot.

The ruling also halted a free giveaway of the shoes by Lil Nas X, who told his Twitter followers: “Sorry guys I’m legally not allowed to give the 666th pair away anymore because of the crying nerds on the internet.”

Julia Matheson from Potomac Law Group said Nike did “what it had to” do to preserve the value of its brand and future collaborations.

“Lil Nas and MSCHF engineered a publicity stunt that has clearly paid off in a big way.  Whether the public walks away with a more practical understanding of trademark law principles, however, is an open question,” said Matheson.

Speaking to WIPR, Deborah Greaves, partner at Withers said: “This is another brilliant example of the tension between trademark law and the freedom of expression guaranteed as a fundamental right under the First Amendment to the US Constitution.”

In response to the court order, MSCHF released a statement on its website saying: “Satan Shoes started a conversation, while also living natively in its space. It is art created for people to observe, speculate on, purchase, and own… We were delighted to work with Lil Nas X on Satan Shoes and continue this dialogue.

“We are not affiliated with Nike, as we have consistently iterated to the press. We were honestly surprised by the action Nike has taken, and immediately after Nike’s counsel sent us notice we reached out but received no response.”

Nike rejected this claim, saying MSCHF “did not create a single shoe-shaped sculpture to sit in a museum.”

“Courts have held that whether the use of a mark is artistically relevant is a factual issue, and moreover, that judges should not be put in the position of having to make the decision of how much artistic relevance is sufficient for free speech rights to out-balance the rights of the trademark owner.

“Naturally there are those who are offended by the thought of Satan Shoes and there are others who are amused by the controversy. The First Amendment does not discriminate on the basis of offensiveness. Undoubtedly both parties to this controversy will develop very creative arguments in support of their positions, and perhaps therein will lie the true art of the matter.”

Matheson contested the defence from MSCHF that the dispute is a First Amendment issue, adding: “This isn’t a question of liberal versus conservative values, nor is it an appropriate case to evaluate the proper scope of First Amendment protection reserved for artistic speech.  At its core, this dispute is really about a commercial transaction.”

A preliminary injunction hearing has been rescheduled for April 23.