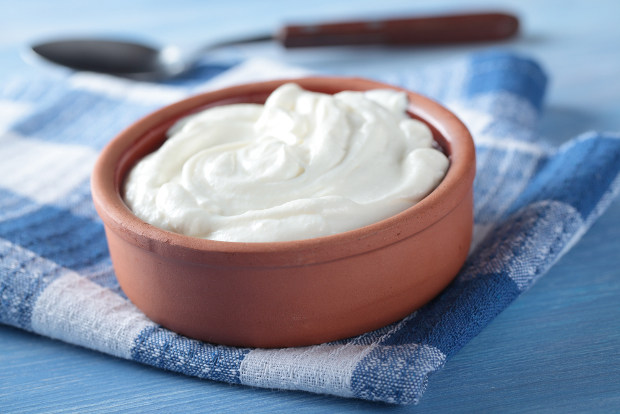 A UK court has upheld a decision in a long-running passing off dispute on the marketing of yoghurt, ruling that a US-based company should not be able to label their imported products as “Greek.”

The Court of Appeal found in favour of FAGE, which makes Total Greek Yoghurt, ruling that products marketed as Greek should be from Greece.

The judgement, on January 28, upholds a High Court decision from March 2013 by Justice Briggs, which issued a permanent injunction against defendants Chobani.

Chobani was established in the US in 2005 and in September 2012 introduced its yoghurt into the UK. It labelled it as “Greek yoghurt” despite it being made in the US.

FAGE, originally established in Greece, has been importing yoghurt from Greece to the UK since 1983.

In its lawsuit, FAGE said it had complied with the following “key” criteria when making its product: it was made in Greece; it was made using a traditional Greek process whereby cows’ milk is strained so to remove the watery whey and it contained no added sugar, sweeteners or other additives.

However, Chobani said the phrase “Greek yoghurt” defined a type of yoghurt by reference only to its mode of manufacture, not to its place of origin.

Making his initial judgement, Briggs wrote: “I have concluded that, in fact, a substantial proportion of those who buy Greek yoghurt in the UK … think that it is made in Greece.

“ … it seems to me clear that, if a sufficient goodwill is shown to be attached to the phrase Greek yoghurt among customers who believe that it is made in Greece, … the use of Greek yoghurt to describe yoghurt not made in Greece plainly involves a material misrepresentation.”

As a result of the Court of Appeal’s decision, a permanent injunction against Chobani has been upheld banning it from marketing the yoghurt as Greek. The company has also been ordered to pay FAGE’s court costs of £350,000.

Justice Lewison, issuing the judgement, wrote: “Both FAGE and Chobani agreed that the phrase ‘Greek yoghurt’ had the meaning of a yoghurt whose thick and creamy texture had been achieved by straining.

“The evidence that the judge [Briggs] accepted was that a substantial section of the public generally understood that ‘Greek yogurt’ described thick and creamy yoghurt made in Greece.

“I therefore agree … that the appeal should be dismissed for the reasons that he gives and these supplemental reasons.”

FAGE was represented in the case by Winston & Strawn LLP.

Richard Price, chair of IP at the firm’s London branch, and the lead lawyer on the case, said it was “delighted” to have secured an “excellent” result for FAGE.

Adding that it was a “challenging passing off” case, Price said: “The Court of Appeal’s decision will ensure that the public will not be deceived by the wrongful use of Greek Yoghurt for products which do not have the right pedigree.”

Tom Carl, senior associate at Taylor Wessing LLP, said the case signified Greek Yoghurt had “joined the ranks” and followed previous “major decisions” on Champagne and Swiss Chocolate, adding that Chobani had attempted to go against a “well-established” convention.

Carl added that it was interesting that survey evidence was used in the case.

“In the past year there has been quite a lot of survey evidence brought to trademark cases, one of the things that came out of that was that they could still be quite useful in passing off cases,” Carl said.

A spokesman for Chobani said: “Chobani is appealing to the Supreme Court, because we remain of the view that the population of the UK know and understand Greek Yoghurt to be a product description regardless of where it is made.

“We remain committed to the UK market and to breaking the monopoly on the use of the term Greek Yoghurt enjoyed by FAGE.”

However, Carl said an appeal would be unlikely to succeed, due to the “nature and strength” of FAGE's argument.

“Normally as you go through the stages of the Court of Appeal and Supreme Court it gets harder and harder as you are essentially asking the court to second guess an analysis of evidence.

"Unless there is something obviously flawed with a ruling it is unlikely to be overturned.”