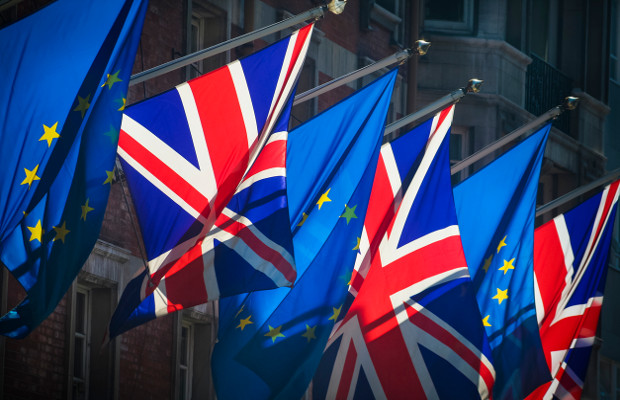 An official paper from the European Commission, which stated that unitary IP rights should be enforceable post-Brexit, provides hope for the future of IP rights in the UK, according to lawyers.

However, the plans, which were released yesterday, also present some potential problems.

In the paper, the European Commission outlined its aims for the treatment of IP rights in the UK after Brexit, which is set to take effect in March 2019.

According to the Commission, unitary IP rights, such as the EU trademark, shouldn’t be undermined by Brexit.

The rights in the UK (after Brexit) should be comparable to the rights provided for by EU law, and this could be achieved by the introduction of specific domestic legislation, said the paper.

“The implementation of this principle should include, in particular, the automatic recognition of an IP right in the UK on the basis of the existing IP right having unitary character within the EU,” said the paper.

Speaking to WIPR, Nick Shipp, partner at Kilburn & Strode, said the paper was “excellent” to see.

“Certainty is key for businesses to plan for the future, grow and prosper,” he explained. “The fact that the European Commission has stepped in to help settle some of the nerves that the UK’s decision to leave the EU has caused is commendable.”

The paper also added that the implementation of new legislation should not result in financial costs for the holders of such IP rights.

“From an IP practitioner’s point of view, it is extremely comforting to see the European Commission putting IP rights at the forefront of the negotiations and bringing itsposition on continued protection in the UK to the front,” explained Neil Coulson, partner at Baker Botts.

Coulson added that he hopes both sides will take a pro-active approach to ensuring the existing levels of protection continue to apply after the UK’s withdrawal.

It’s not all plain-sailing.

Myles Jelf, joint head of patent litigation at Bristows, said: “While it is good news, the difficulty will come as time evolves.”

He went on to explain that although at the beginning of the process, both parties may agree on converting EU IP rights to a locally enforceable right, this may change over time.

“What happens once the process evolves? The EU says that locally-created rights must mirror the unitary rights as they were before with no cost or disruption to the right holder. But does that mean that the IPO has to actually mirror whatever happens to the rights if they are amended or renewed, does it have to be mirrored in the local rights without any cost to the rights holder?” he asked.

Simon Bennett, partner at Fox Williams, stated that the paper highlights the approach taken towards IP in the negotiation talks.

“It shows that the Commission is willing to take a pragmatic and reasonable approach to ensuring the minimum amount of disruption to IP rights as a result of Brexit,” he stated.

However, “the devil is always in the detail”, said Bennett.

“Whilst these are promising negotiating principles, there are still many unknowns such as: (i) can UK-based EU rights holders get a pan-European injunction from a UK court after Brexit?; and (ii) is use in the UK sufficient to maintain an EU trade mark after Brexit?”

Harley-Davidson steps up fight against Chinese fakes with another suit