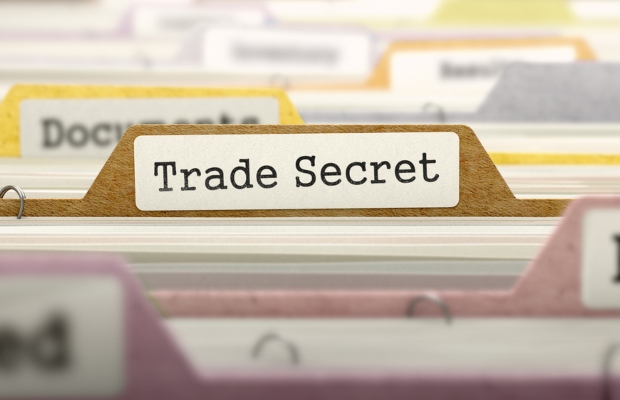 Nearly half of business leaders worldwide are failing to safeguard IP despite recognising the need to protect trade secrets in the wake of the pandemic, according to a new report.

Commissioned by CMS, “Open secrets? Guarding value in the intangible economy”, was written by The Economist Intelligence Unit, and released today, Wednesday, June 9.

The report highlighted that the cost of trade secrets theft had reached up to $1.7 trillion annually and that corporate executives expect the risk of trade secret theft to rise further over the next five years.

The survey was based on the responses of 314 senior corporate executives located in China, France, Germany, Singapore, the UK and the US across six sectors: consumer goods and retail; finance; energy and natural resources.

According to the findings, 55% of respondents confirmed they had restricted digital and physical access to confidential information.

Tom Scourfield, co-head of the IP group at CMS, said the fact that 45% of those surveyed had not put in restrictions was “worrying”.

“It seems nearly half are not putting in place routine practices to safeguard information. Improving legal protection through measures like document storage and restricting access to information is an achievable, non-costly thing companies can do to prevent the worst from happening,” said Scourfield.

Those surveyed identified the three most valuable types of IP today as customer databases (42%), product technology (40%), and research and development information (23%).

In light of the growing value in such intangible assets, senior executives view their most significant threats as weaknesses in cybersecurity (49%) and employee leaks (48%). Such threats had been exacerbated by the change in work culture created by the pandemic, said the report.

As Hannah Netherton, employment partner at CMS, explained: “The pandemic has opened doors to a digital workspace, where it’s easier for employees to accidentally or purposefully access and expose confidential information.”

According to the report, the threat of intentional leaks from disgruntled employees emerged as the biggest concern in the UK (59%), while the fear of cybercrime is front-of-mind for business leaders in France (62%), China (57%) and the US (44%).

Three-quarters of respondents agreed that increasing financial investment was necessary to protect their trade secrets, with 28% viewing a lack of in-house experience with trade secrets as a safeguarding challenge.

Four out of five of the top measures that companies are planning to implement over the next two years focus on minimising employee leaks. These range from harsher measures such as closer surveillance of employee’s electronic activity through to more collaborative approaches that centre on improving the culture at companies

To prevent the threat of employee leaks, over one-third plan to increase surveillance of employee’s electronic activity—the most popular measure by tech companies and executives in the US and China.

It is also a top preferred measure for executives in technology, media and telecommunications, with 36% of respondents planning to implement surveillance over the next two years, reflecting the growing tensions between employers and employees in the technology sector.

Efforts to improve work culture are felt more widely in other industries, with almost a third (31%) calling for corporate values to shift towards encouraging trade secret protection.

“It’s impossible to protect trade secrets if employees are not aware of the sensitivities around these assets, so putting the right values and measures in place has never been more important to an organisation’s success,” explained Netherton.

She added: “Companies must find the right balance between perfecting their cybersecurity protections and creating a healthy company culture that incentivises trade secret protection and encourages speaking up through appropriate channels—even the most rigorous of protocols won’t prevent every employee leak or a disgruntled whistleblower.”

Joel Vertes, IP Partner at CMS, said: “The EU Trade Secrets Directive in 2018 was intended to mark a sea-change in how businesses across Europe approached the protection of their trade secrets. Fast forward three years, and the purpose of our Report was to lift the lid on how businesses are actually protecting their vulnerable assets now and whether there has been progress.

“It’s also clear from our report that trade secrets have become more relevant to a whole spectrum of businesses. Today, every business is a technology business. Traditional industries like construction or manufacturing, where intangible assets weren’t seen as central, are now seeing constant innovation."

Aukje Haan, CMS’ co-head of commercial, pointed out that with the introduction of the Directive on Trade Secrets, businesses will get a range of options to safeguard their most prised proprietary information. “However, there are prerequisites to be able to invoke those options,” she warned.

”Identifying and taking reasonable steps will be crucial, from non-disclosure agreements, cybersecurity efforts through to employee regulation, as well as specific requirements depending on the nature of the business, eg, online businesses will need to take more cybersecurity measures whereas manufacturing companies will need to take more physical measures on the factory floor.”