Written description: a state of uncertainty 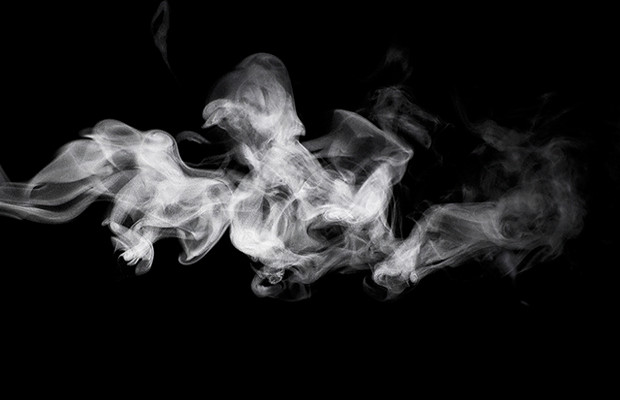 As the bounds of antibody written description have yet to be clarified in the US, what can applicants do to protect their inventions? John Bailey, John Heithaus and Ohireime Eromosele of Birch Stewart Kolasch Birch find out.

Substantial growth continues to occur in biological pharmaceutical product sales. The largest biologics market is North America, which accounted for 44.89% of the global market in 2016. Currently, biologics account for as much as 40% of prescription drug spending in the US. The global biologics market is predicted to expand at a compounded annual growth rate of 10.9% between 2016 and 2024 to $480 billion. The biologics market is dominated by monoclonal antibodies with a share of 43%.

Historically, biological pharmaceutical products were given administrative protections. It was not possible to make generic equivalents. However, the Patient Protection and Affordable Care Act of 2010 created an abbreviated approval pathway for products that demonstrate high similarity to a Food and Drug Administration-approved biological product.

Thus, patent protection has become imperative to monetise biological sales. Despite the valuable market position occupied by antibody biologics in the US, substantial patent uncertainty continues to exist with regard to written description requirements in the US Patent and Trademark Office (USPTO). Accordingly, a number of antibody-based products have faced patent invalidation attacks.

The story picks up in 2004, when the US Court of Appeals for the Federal Circuit disqualified a patent held by Chiron for an antibody against HER2, in Chiron v Genentech. The Chiron antibody was a murine antibody, eg, it was raised in mice. Later Genentech manufactured a similar humanised antibody against HER2. The question presented was whether Chiron’s earlier invention provided possession of a humanised antibody.

The court dismissed the structural similarity between a murine and a chimeric antibody, ie, that Genentech could have used the variable region of Chiron and simply grafted it onto a human constant region. The court noted that the first successful chimeric antibody appeared in 1984, and thus, contended that the Chiron scientists could not have had possession of a chimeric antibody that did not exist at the time of its 1984 application.

Those in the field attributed the loss to the fact that an applicant cannot claim something that does not exist. The state of the antibody art in 1984 was very different from that of the present day.

Attacks on written description in antibody patents continued. Again in 2004, the Federal Circuit faced the question of what is adequate written description for an antibody. In Noelle v Ledermann, murine CD40CR was described by Noelle. Noelle argued that because antibodies are defined by their binding affinity to antigens, not their physical structure, they possessed adequate description of a CD40CR antibody. The court disagreed. The court found lack of written description because Noelle did not sufficiently describe human CD40CR at the time of filing.

Again, it appeared clear that the object which the applicant was claiming did not exist at the time of filing. Noelle didn’t have a human CD40CR. How could the company claim it? Concern in the field remained low.

However, written description challenges continued, and in 2011 Abbot attacked the written description of Centocor’s antibody directed to TNF-A, in Centocor v Abbot. Centocor produced a mouse antibody to TNF-A. By exchanging the A2 mouse antibody constant region with a known constant region, Centocor produced a chimeric antibody. Centocor claimed an antibody containing a human constant region with: (1) a defined neutralisation; and (2) a defined affinity; thus encompassing a human antibody. The court concluded that the specification did not describe a single antibody that comprised a human variable region. Thus, Centocor’s patent was invalid.

What began as minor concern became slightly more serious with the opinion in Centocor. If an applicant invented a mouse antibody, and could not occlude persons from using a human antibody, or vice versa, how could an applicant secure adequate commercially valuable scope? If a pharmaceutical company makes a valuable human antibody targeting a specific target, often a humanised antibody will work equally as well.

As expected, companies continued to attack antibody patents for lack of written description. In 2014 Jansen challenged the written description of an antibody held by Abbot, in Abbot v Jansen. Abbot claimed a human IL-12 antibody with a koff rate constant of 1 x 10-2s-1 or less. Abbot described the amino acid sequence of 300 antibodies having a range of IL-12 binding affinities. Abbot contended that the disclosed antibodies reflected the entire variation of the genus because they covered the full range of the claimed feature, ie, the koff rate. The court noted that all the antibodies were derived from Joe9 and that no other isotypes were disclosed. The court concluded that a sufficient description of the genus was not provided because a representative showing species falling across the scope of the genus was not provided.

Abbot created even greater uncertainty and introduced significant challenges for pharmaceutical companies seeking to prevent copying of their products. There are a large number of antibody isotypes, eg, IgG, IgA, IgM, IgD, and IgE. Furthermore, there are a number of antibody derivatives like “antibody fragments”. If a pharmaceutical company makes a valuable IgG antibody targeting a specific target, often an IgM antibody will work equally as well.

As is apparent from the above, the standard for written description of antibody patent applications at the USPTO is in a state of uncertainty. The official USPTO guidance continues to indicate at example 14, page 45 of the 2008 Written Description training materials that the following claim meets the written description requirements even though the fact pattern admits that the example specification has no antibodies described: (i) An isolated antibody capable of binding to antigen X.

The office concludes that the level of skill in the art is such that production of an antibody against a well-characterised antigen is conventional and a simple description of antigen X is sufficient.

However, this example is limited exclusively to a newly discovered antigen. Thus, the office offers limited help with respect to the requirements. Guidance on written description is needed. Just earlier this year, a case concerning antibody written description that was decided in the US District Court for the District of Delaware and appealed to the Federal Circuit may provide some clarity.

In Amgen v Sanofi, an action for infringement was filed for patents protecting against antibodies binding to proprotein convertase subtilisin kexin type 9 (PCSK9). In the specification, 384 antibodies were identified that blocked the interaction between PCSK9 and low density lipoprotein receptor protein. Epitope binding assays were used to characterise different epitopes and several were located which do not compete with each other for binding to PCSK9. X-ray crystallography was used to characterise the identified epitope binding sites. The claims reference specific amino acids at designated positions to which a monoclonal antibody binds. The jury concluded that the claims were not invalid for written description. The case has been appealed to the Federal Circuit.

How to protect an invention

The bounds of antibody written description remain to be clarified, so what can an applicant do to protect its invention?

Claiming an antibody as a lock and key is also advisable, ie, by defining the antigen used for antibody production as suggested by example 14, page 45 of the 2008 Written Description training materials. However, a degree of common sense should be relied upon. Depending on the hot spots of a specific protein, several rounds of antibody screening could be carried out without successfully locating a single additional clone which binds with an extreme affinity or to a specific set of amino acids.

Accordingly, the written description of an antibody across isotypes and structural configurations could be difficult to support if high affinity or binding to specific amino acids is required. On the other hand, if an antibody is claimed by antigen domain and an experiment is included showing screening using that domain creates multiple antibodies which bind the domain and effectuate the invention, the applicant is in a better position to have proper written description.

Second, applicants should include as much experimental data as possible. A large number of actual antibodies should be described in the specification spanning a structurally diverse range of antibody isotypes and structural configurations, eg, IgG, IgM, humanised, human, if possible. It is suggested that an application should have dozens of examples in each one of these groups, and this is especially true if the patent is of potentially great value to the applicant.

John Bailey is a partner at Birch Stewart Kolasch Birch. He has more than 30 years’ experience as an IP attorney and has extensive patent application preparation experience in the areas of organic chemistry, inorganic chemistry, pharmaceutical chemistry and biotechnology. Bailey is also experienced in opinion and interference practice. He can be contacted at: jwb@bskb.com

John Heithaus is an associate at Birch Stewart Kolasch Birch. He specialises in drafting and prosecuting patent applications in the areas of biotechnology, oil and gas, biochemistry and pharmaceuticals. He has filed multiple appeal briefs before the PTAB and participated as counsel in litigation matters in the US. He can be contacted at: john.h.heithaus@bskb.com