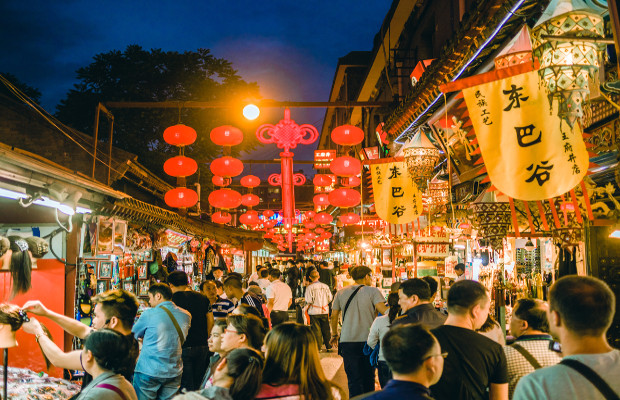 Chinese Customs officers are assisting trademark owners with trying to stamp out counterfeit goods in a country that still struggles with counterfeiting problems, but brands need to play their part too. Sarah Morgan reports.

After years of pressure by its trading partners, China is making a serious effort to rid itself of the stigma of being what many call a “counterfeiting hub.”

In March, China’s State Council released a new policy aimed at cracking down on IP infringement by increasing the fight against the production, distribution and sale of counterfeits.

“Any plans at State Council level to crack down on counterfeiting and do a better job in enforcing and protecting IP is a good sign,” says Michael Mangelson, IP attaché for the U.S. Patent and Trademark Office (USPTO), based in Shanghai.

Although he’s not yet seen anything specific or concrete in terms of measures implemented, Mr. Mangelson is encouraged to see the Council mention new technologies, such as big data, to try to address counterfeiting more effectively.

This topic has also been discussed at the Joint Commission on Commerce and Trade (JCCT), an annual dialogue that discusses trade and commercial issues between the United States and China.

Mr. Mangelson explains that rights holders in China, as in most countries around the world, are often unable to access information about online counterfeiters, making it difficult to enforce offline, but that the use of big data can help solve this problem.

“If the government and e-commerce platforms work more to enable rights holders and enforcement agencies to access and analyze information, it could make enforcement much more effective,” he says.

One such operation is an effort between e-commerce platform Alibaba and China’s Ministry of Public Security, called Operation Cloud Sword.

Alibaba’s data engine was used, demonstrating the “role big data will play in the future of intellectual property enforcement actions,” according to Alibaba.

Based on intelligence and leads from the platform, 332 suspects were arrested and fake goods valued at RMB 1.43 billion (US $2.1 billion) were seized.

Tom Duke, Senior IP Officer at the British Embassy in Beijing, says that the State Council report doesn’t go into “granular detail” but that there is some continuity year-on-year.

Top priorities include protecting IP online, tackling counterfeit foods that pose safety risks or damage the environment, and looking to make sure rural and agricultural communities are protected from these products, he says.

Over the past few years, those working in companies or products that fall under these priority sectors have benefited from these initiatives, he adds.

“It’s definitely worth companies keeping track to see whether there is scope to benefit and also to comply with the goals of the Chinese government,” says Mr. Duke.

To this point, a delegation from the General Administration of Quality Supervision, Inspection and Quarantine (AQSIQ) recently visited INTA’s New York headquarters to explain its role in using big data to fight the sale of online counterfeits through its “Bridgehead” Project. The project aims at promoting quality and famous-brand products online while cracking down on substandard and counterfeit products. AQSIQ is very interested in working with INTA to encourage brand owners to assist AQSIQ in its efforts.

Despite these efforts, a 2016 report by the U.S. Chamber of Commerce Global Intellectual Property Center, which looked at seizure data from reports published between 2010 and 2014, determined that the value of counterfeit goods produced in China each year is US $396.5 billion. While some, including Mr. Mangelson, believe this and other similar statistics warrant continued characterizations of China as a counterfeiting hub, others feel such views run the risk of ignoring the bigger picture.

“The supply of counterfeit products can be complex and it’s an oversimplification to describe the source of the problem as a single country,” says Mr. Duke. “It’s a cross-border problem.”

He does agree that China is a source for physical counterfeit goods supplied to various parts of the world, but if you examine the flow of money through criminal networks, China is not always the original source of the fake goods.

“The approach we’ve taken is to work together with Chinese law enforcement in understanding how these networks operate and target elements that are based in each country.”

The United States has also taken action, including working on outcomes from the JCCT.

However, the continuation of JCCT and other dialogues are currently on hold pending U.S. President Donald Trump’s 100-day trade plan and a new comprehensive dialogue, which was announced in April.

The details of the plan are still unclear, but it aims to address trade imbalances between China and the United States.

In January this year, China’s State Council also released a five-year plan on the protection and application of IP in the country.

Seven tasks for the development of IP were put forward, including improving the legal system for IP, strengthening protection of IP, improving quality and benefits, promoting industrial upgrading, and promoting international cooperation and exchanges.

In a visit to INTA’s New York offices on May 11, Vice Minister Liu Junchen of the State Administration for Industry and Commerce (SAIC) emphasized that China is determined to crack down on counterfeiters and stressed the necessity of the government to work with organizations like INTA and its members in order to be successful.

Indeed, a number of initiatives are currently underway that indicate where the Chinese government is looking at further improvements, explains Mr. Duke.

Although IP is one small part of the law, there is a section in the draft that looks at how e-commerce websites deal with IP enforcement and platform liability.

“E-commerce has become increasingly important. It’s changing the way people buy and sell products throughout the economy, so the law which looks into it in further detail is incredibly important and will have an impact in the coming years,” explains Mr. Duke.

But, according to Mr. Mangelson, the draft has not done enough to clarify the liability of intermediaries.

He adds that some of the provisions could actually be a step backwards, such as the provision for counter-notices in Article 54 of the draft.

Under the proposed draft, if an alleged infringer submits an unsupported statement of non-infringement, the e-commerce platform is required to terminate all takedown measures. This will likely encourage meritless counter-notices and make it more difficult for rights holders to stop the online sale of counterfeits.

Chinese Customs authorities have a tough job: in 2016, they took on more than 19,500 IP rights protection actions and detained 17,400 batches of infringing goods, including around 42 million items.

Perhaps unsurprisingly, 96 percent of the batches of infringing goods were seized during export.

Mr. Mangelson and Mr. Duke agree that Customs are facing huge volumes of trade, with ports in eastern and southern China being some of the busiest in the world.

Nearly 40 million pieces of the infringing goods were seized from shipments, accounting for around 94 percent.

Although only 14,200 batches of infringing goods were seized in the post, this accounted for 81 percent of all batches, implying that the goods are being transferred in smaller parcels.

Mr. Mangelson says: “Customs are overwhelmed with the volume of counterfeits being exported. It’s very difficult to identify the shipments as new technologies and commerce are changing the way goods are being transported across borders, through small parcels and express packages.”

Mr. Duke believes that Customs play a “very effective and important role” in anticounterfeiting, but that it’s important to remember what they can and can’t do.

Although they are very effective at policing the border, Chinese Customs don’t have detailed inland powers.

Collaboration a “Must” for Success

How can IP rights owners protect their valuable goods?

Brand owners should ensure that their rights are recorded in China, both at the China Trademark Office and at Customs. Without registration, the goods can’t be seized by Customs. This is usually the case in most countries.

But a key problem which can hinder the ability of legitimate brand owners from registering their marks is bad-faith trademark filing.

Bad-faith trademark filings and cybersquatters have proliferated in the region, explains Mr. Mangelson, and it’s the problem he receives the most calls about.

Mr. Mangelson adds that China could do a lot more to address the issue of bad-faith trademark filings at the examination stage.

For brand owners to take the most advantage of Customs, they should provide as much information as possible.

Mr. Duke says: “If you’ve detected a problem on a certain route or at a certain port, contact Customs, either directly or through an industry association. The more you put in, the more you get out.”

The two agree that brand owners should take the time to understand the counterfeiting routes used and spend time communicating and sharing information with Customs.

Customs have made this easy: on the website there’s a form (in English) that can be submitted.

“They want it to be as easy as possible for rights owners, but it’s effective only if owners are willing to educate Customs and help them identify infringing products,” Mr. Duke adds.

“Communication and cooperation is what it all boils down to—working together is the only way to solve the counterfeiting problem,” he concludes.