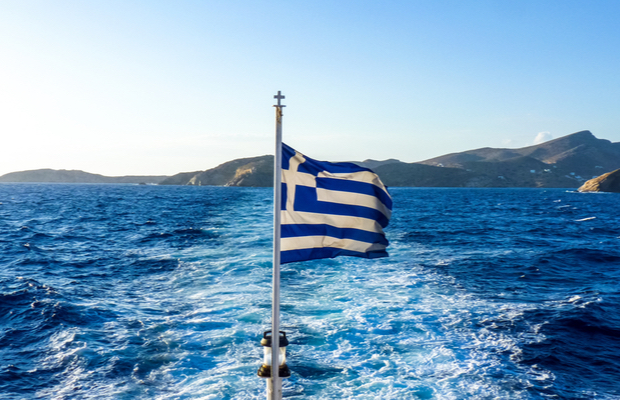 Inventions are protected in Greece by national or validated European patents, with a 20-year duration and subject to payment of annual fees. Inventions concerning 3D objects which are novel and industrially applicable, and capable of providing a solution to a technical problem, may be protected as a utility model, which has a maximum duration of seven years and is renewed annually.

Where the applicant is a Greek national, Patent Cooperation Treaty and European patent applications must be filed through the Greek Patent Office.

The duration of protection of pharmaceutical inventions as well as of inventions concerning plant protection products protected in Greece by a national or a European patent, may be extended by the grant of a supplementary protection certificate (SPC).

Information on existing patents in Greece can be found in the official bulletin issued by the Greek Patent Office as well as on the national patent register. Both are available online.

"The costs for enforcing and defending patents in Greece depend on several factors, such as complexity of the case."

The costs for enforcing and defending patents in Greece depend on several factors, such as complexity of the case, duration of proceedings, involvement of technical experts, translation costs. However, they are relatively low in comparison with other jurisdictions.

Trademark rights are primarily obtained through registration. Three types of registration are available in Greece: national, EU, and international. Use of a sign in the course of trade may result in a non-registered sign, protected under the law of unfair competition.

Trademarks confer on their owners a positive right (right to use the mark) and a negative one (right to prevent unauthorised third parties from using the mark). Acting proactively (eg, by instituting market monitoring and customs surveillance procedures) is very important for deterring trademark infringement. Under the circumstances, cease-and-desist letters often offer a cost-efficient and effective alternative to court action.

Likewise, negotiations through experienced legal counsel can also lead to a speedier resolution of disputes, usually backed up with the execution of a relevant agreement.

Such action may entail injunctive relief and a main infringement action where compensation and moral damages may also be sought, depending on the circumstances.

Approximately one year after its public consultation, a long-anticipated new trademark law has finally come into
force. The aim of Law 4679/20-3-2020 is to implement Directive 2015/2436 and to efficiently approximate the treatment of the national mark to that of the EU trademark.

Major changes introduced by the aforementioned law include:

Following enactment of the above law, Greece is finally compliant with the Directive—at least in theory—but it remains to be seen how successfully and smoothly its provisions will be applied by the judiciary.

Counterfeiting is a significant problem in Greece, with the pharmaceutical industry being particularly vulnerable. Other sectors at threat are cosmetics, products for personal care, clothing, footwear, pesticides, smartphones, batteries, and tyres.

For the most effective protection of their rights, IP owners must adopt preventive strategies, including efficient monitoring systems. Establishing a customs watch system by filing an application for customs action is highly recommended.

Since counterfeiting occurs increasingly online and through social media, rights owners must also monitor those areas.

In the copyright sphere, Greece does not appear to have fully addressed online piracy or end-user software piracy, in either the public or the private sectors. Unlicensed sharing of copyright-protected software among multiple computers is the largest problem for the software industry, while unlicensed file-sharing of music and movies on the internet is a major problem.

Copyright protection is not subject to any formality; the work is protected automatically upon its creation and there is no official register for copyright.

Law 4481/2017 also provides for a “time-stamping” service by the Hellenic Copyright Organization, in order for all authors to be capable of proving the date at which their work existed.

In cases of copyright infringement, civil and criminal proceedings are both available. Criminal prosecution takes place ex officio and potential sanctions are quite severe.

An important provision for the protection of IP rights on the internet, despite certain difficulties in its implementation, introduces a “notice and takedown procedure”.

With the application of Law 4640/2019, an initial mediation session is now compulsory in legal disputes arising from patent, trademark and industrial design infringements.

The session, along with proof of the attorney’s compliance to the obligation to inform the client in writing about the option of mediation, is now a prerequisite for the admissibility of a lawsuit.

It remains to be seen how this development will change the landscape in the Greek civil procedural system and whether it will effectively contribute to the long-wished-for reduction of the workload of the courts.

Maria Athanassiadou is a partner at Dr Helen G Papaconstantinou and Partners and heads the patent department. She has more than 25 years’ experience in a broad spectrum of IP matters, focusing on all aspects of patents, SPCs, utility models and industrial designs. She can be contacted at: m_athanasiadou@hplaw.biz

Fotini Kardiopoulis is a partner at Dr Helen G Papaconstantinou and Partners and heads the anti-counterfeiting/anti-piracy department. She has dealt with a broad range of IP matters since 1998 with an emphasis on trademarks, plant breeders’ rights, civil litigation and alternative dispute resolution. She can be contacted at: f_kardiopoulis@hplaw.biz