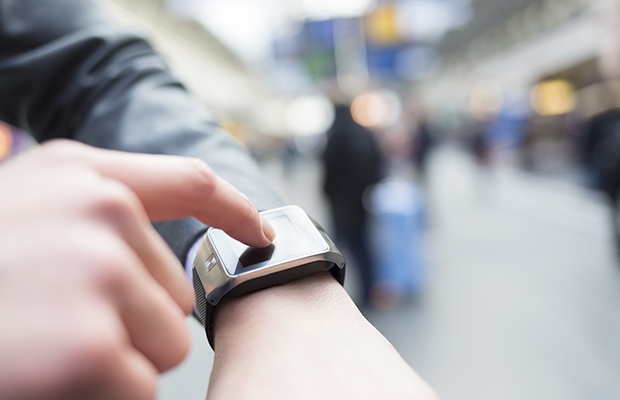 As the market for wearables grows, so the protection of these ingenious devices becomes more important. Manuel Lopez of Uhthoff, Gomez-Vega & Uhthoff offers tips for rights owners.

Science fiction movies usually bring ideas which are far, far away from the state-of-the-art technology of the time, but the expression ‘reality overcomes fiction’ is a phrase that often repeats itself—and with increasing frequency.

It is not clear if science fiction writers and directors are visionaries, or if they are inside the mind of the inspired scientists developing future technologies. The important thing is that today, a lot of that fantastic technology is part of our daily lives.

One example of this is wearable technology, which is related to all electronic devices including a wearable processor or computer that the user can take everywhere and who interacts continuously with it.

The wearable has to be linked with the body, it has to talk to your body; it also has to be adapted, designed and modelled with materials close to the body. In this sense, wearable technology is the next step between the fusion of humankind and the microprocessor.

Nowadays, wearable technology is found in smart watches, glasses, fitness bands, connected apparel, medical devices, etc. The wearable universe includes on one side, basic wearables, which refers to devices that provide mostly descriptive feedback (eg, the number of steps you take per day), and on the other side, smart wearables, which refers to more sophisticated devices that can offer prescriptive and diagnostic services.

From devices and apps that help you track heart rate and food consumption to gadgets that monitor your mood and even surrounding air, the ‘quantified self’ is a reality for the everyday person. The result? You can learn about your own health with your own self-tracking devices and go a step further by using the devices to measure the success of self-improvement attempts.

Wearable technology is the pioneer and worldwide innovation and market development platform for technologies worn close to the body, on the body or even in the body.

Regarding IP protection in Mexico, although there is no clear or formally acceptable way to obtain, for example 2D design protection, in the field of wearable technology in our country, the probability of grant can be improved in certain ways.

The illustrations included in the corresponding industrial drawing application must be related to the essential and main windows or screenshots of the related application; protection rests on the novel geometrical elements and shapes illustrated.

Therefore, it is helpful to include broken lines directed to the moving or emerging elements at the screen. In connection with multiple windows or the sequence of emerging windows of the app, the Mexican Patent Office (IMPI) has recently begun to accept several screenshots of the same sequence.

The only requirement is that the applicant must explicitly explain in the specification that the related illustrations are part of the same sequence and that they share the same inventive concept, minimising in this way the risk of receiving a divisional requirement.

Mexican practice has adapted to accept 3D industrial model applications for novel geometrical elements of such wearable technologies. In light of this recent acceptance, it is advisable to use broken lines to indicate the moving elements of wearable technology (eg, a smartwatch band or moveable pieces of smart glasses).

IMPI recently began to accept applications for garments including optional flexible or bending embodiments of smart clothing; nevertheless, it is necessary to explain in the specification that the included figures share the same inventive concept and constitute a complementary garment of the same smart clothing, in order to avoid divisional requirements.

Patent applications in Mexico, including wearable technology, also have chances of protection if they include computer-implemented methods. In our country, said protection heavily depends more than ever on a properly drafted specification that may clearly show to the examiner that the invention covered by the corresponding patent application is one that should be considered as containing statutory subject matter.

It will be necessary to disclose an invention having novel and useful practical applications in the arts, regardless of the fact that said novelty and usefulness fully rely on the software aspects of the invention, and also as including a detailed description of what the invention achieves, not only in the theoretical or mathematical sense, but in its ‘marketplace’ sense as well, by stating how the invention solves a practical problem.

The wearables industry will grow exponentially in the next few years. Therefore, if you have important cases in this technical field, we strongly suggest pursuing design and patent protection to exclude close competitors from exploiting your technology.

Manuel Lopez is an associate at Uhthoff, Gomez-Vega & Uhthoff. He has more than 13 years’ experience in IP matters, including patent drafting and PPH filing, novelty and patent landscape searching, FTO and clearance searching, infringement and validity advices in the areas of biotechnology, chemistry, pharmaceuticals, mechanical and electrical inventions. He can be contacted at: mlopez@uhthoff.com.mx