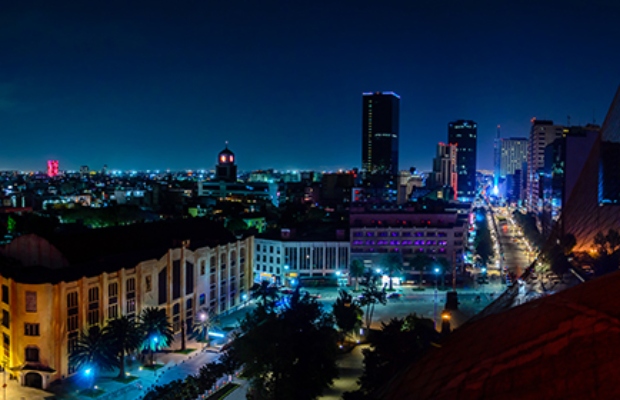 The Mexican law is totally silent on the subject of if, when, and how voluntary divisional applications are acceptable. In practice, the Mexican IP Office (IMPI) accepts divisions provided that the parent case is pending, particularly up to payment of the issuance fees or issuance of a final rejection, whichever the case. Allegedly, this practice derives from interpretation of dispositions of the Paris Convention.

Accordingly, IMPI has set up the practice described above to try to fill the gaps of the law. Moreover, daisy-chained divisional applications have been discouraged by establishing that child applications cannot be divided if the original first parent application is not pending.

"Any matter deleted by the division cannot be claimed again, either in the parent case or in the resulting divisional application."

If so, this interpretation has proved to be contradictory, since at the same time division of a divisional application is feasible when lack of unity is found during the examination of the child application, no matter the fate of the first parent case.

A reasonable interpretation of this ruling leads to the possibility of dividing an already granted patent. On the other hand, it would be debatable that rejected applications can be divided, for example, while facing an appeal procedure.

Amendments on the way

In 2018, the Mexican law underwent major amendments regarding several aspects without addressing provisions related to divisional applications. A bill drafted by IMPI to amend the regulations of the law to align them with the amendments was announced and published.

Unexpectedly, the bill does contain provisions related to divisional applications. The provisions are generally directed to formally implement the practice as conceived by the patent office and as discussed above.

Currently, it is common that the first office action for divisional applications requests clarification as to how the divisional claims do not overlap with claims retained in the parent application, sometimes without the examiner really comparing the relevant claims, and without any further analysis on the merits of the claimed invention.

At this time, it is uncertain whether the amendments will be approved. If so, it is possible that the regulations will trigger challenges against at least the provisions directed to: (i) deprive patent owners of their right to submit and prosecute a divisional application after grant of the parent case, even if that right seems currently available only via litigation; (ii) deprive applicants of their right to file divisional applications with any initial claimed matter to be amended during examination, including the possibility of reinserting matter left out in the parent case or in other divisional applications; or (iii) establish an inequitable treatment that a divisional application cannot be voluntarily divided if the first parent case’s prosecution has ended, but it can be divided at the patent office’s request if lack of unity is encountered during examination, independent of the status of the first parent case.

It is clear that specifying guidelines to improve the Mexican patent system is an imminent necessity, especially regarding the voluntary filing of divisional applications in order to try to avoid the confusing environment that has prevailed until now.

However, attempts to try to achieve this should coherently address the gaps of the current practice, otherwise, the sought goals would not be reached and new inconsistencies might need further clarification. In this regard, simply trying to formalise IMPI’s current criteria by their implementation into the regulations of the law, without considering that such criteria are part of the scenario that is being changed, does not seem a convenient course of action.

Consequently, an exhaustive revision of the matter is still required in order to reduce uncertainty and meet the necessities and expectations of the Mexican patent system’s stakeholders—the patent office included.

Edith Rivero is technical sub-manager at Dumont. She holds a BS in pharmaceutical biological chemistry and has been practising patent law since 2012. Her practice focuses on patent drafting, prior art searches, and particularly in the prosecution of patent applications in the chemical, biological and pharmaceutical areas. She can be contacted at: erivero@dumont.com.mx