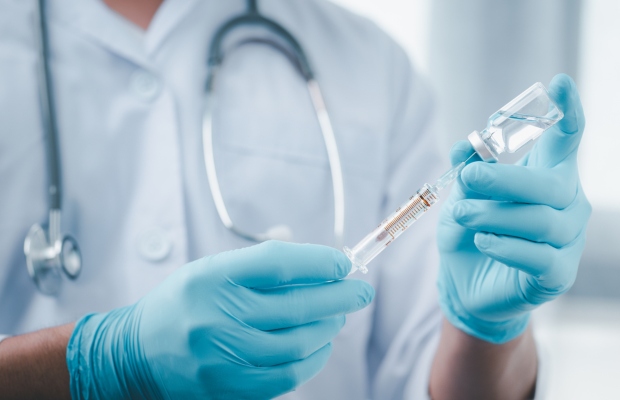 When one thinks about vaccines, it’s not likely that the subject of patents will come to mind. And yet, patents are the most powerful force behind the research and development of vaccines. Big pharma would otherwise certainly not invest the time and what can be hundreds of millions of dollars required to try to come up with a safe and effective vaccine.

This article explores the source of US patent rights, their statutory requirements, the patenting of vaccines, current vaccine patent battles, and the waiver of such rights.

The source of patent rights

It is not surprising that few of the lay public are aware of the fundamental legal source of US patent rights. It can be found within the US constitution, in article I, section 8, clause 8, which provides the US Congress with the power to grant patents: “To promote the progress of science and useful arts, by securing for limited times to authors and inventors the exclusive right to their respective writings and discoveries.”

While monopolies are normally discouraged or outlawed, patent owners enjoy the 20-year limited monopoly associated with a patent, measured from its original filing date.

The World Health Organization (WHO) has designated “COVID-19” to identify illness caused by SARS-CoV-2. This acronym is derived from “coronavirus disease 2019”.

Moderna has been granted several patents directed to mRNA-based vaccines to fight COVID-19. Messenger RNA (mRNA) is a single-stranded ribonucleic acid (RNA) molecule that is complementary to one of the DNA strands of a gene. The goal of these vaccines is to trigger an immune response.

Moral and ethical arguments put forth against the granting of patents covering life-saving medicines, vaccines and medical devices are not new. In March of this year, more than 130 current and former world leaders, Nobel laureates, scientists and humanitarians published an open letter “imploring rich countries to finally end their obstruction of … patent waiver and share key vaccine technology with the world”.

There is an ongoing high stakes patent dispute between Massachusetts-based Moderna, the vaccine manufacturer, and the National Institutes of Health (NIH). Among other issues, each alleges a different narrative as to the identity of researchers at these organisations who qualify to be named as co-inventors on key vaccine patents.

Moderna counters that its researchers independently developed the mRNA sequence for its vaccine.

“There is an ongoing high stakes patent dispute between Massachusetts-based Moderna, the vaccine manufacturer, and the National Institutes of Health.” - Paul J Sutton

While Moderna has offered the NIH co-ownership of its patent rights, as well as shared licensing income, it has not agreed to NIH patent inventorship. There is quite a difference between the two. Both scientific credit and political considerations are at play. Moderna has agreed not to enforce its COVID-19 vaccine patents during the pandemic, in hopes that this gesture will stifle criticism.

Under US patent law, the innocent omission or joinder of one or more inventors on a patent is not normally fatal to patent rights. This can be corrected during the pendency of a patent application or after the patent grant.

On the other hand, knowingly deceiving the patent office regarding an inventor’s contribution may very well result in a patent being declared invalid by a court. For this reason, the NIH will need to tread carefully during legal proceedings, so that it doesn’t invalidate the very patent rights that resulted from its R&D.

This dispute involves billions of dollars in annual sales of the COVID-19 vaccine. Proper inventorship can influence the ability to realise enormous patent licence revenues.

Pfizer, Moderna’s major vaccine competitor, in the first three months of 2021, realised $3.5 billion in COVID-19 vaccine revenue—nearly a quarter of its total sales.

There is a growing movement in support of every country having the right to make its own vaccines during a pandemic such as the one we are experiencing. The patent-associated injunction, it is argued, should be “waived” in the case of vaccines.

Patent waiver is backed by many low-income developing countries. The WHO already permits countries to override patents by applying for compulsory licensing during health emergencies. The US supports the waiver of COVID-19 patent rights.

Others argue that it will lessen the emergence of virus variants and strains. It is also believed that waiving vaccine patent rights will reduce “vaccine hesitancy”, which may be caused in part by mistrust of big pharma. As would be expected, the pharmaceutical sector argues against patent waiver.

This author believes in vaccine patent waiver. Compulsory licensing will permit big pharma to both recoup their R&D investments and enjoy enormous profits.