US Patent reforms: It takes two 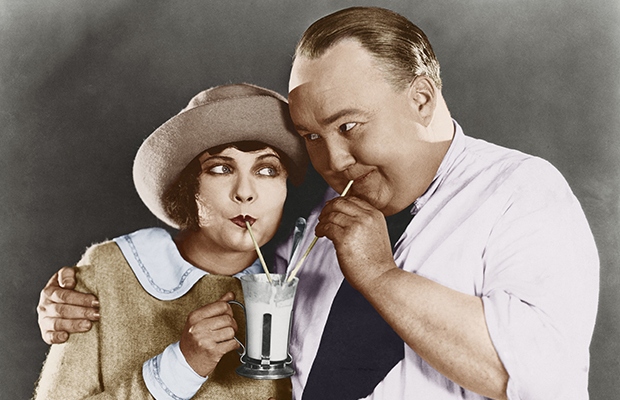 It takes a long time to change the US patent system, but two significant efforts are making progress, as MaryAnne Armstrong of Birch Stewart Kolasch Birch explains.

It has been nearly 11 years since the America Invents Act (AIA), the last significant change to patent laws in the US, was enacted. Under the AIA there have been nearly 10,000 post-grant proceedings filed.

However, US Patent and Trademark Office (USPTO) statistics show that for those patents that go to trial, one or more claims are found invalid for about 80% of the patents.

During this same time the US courts significantly reduced the scope of patent-eligible inventions as defined under 35 USC §101, through several noteworthy cases heard by the US Supreme Court: Mayo v Prometheus; Association for Molecular Pathology v Myriad Genetics; and Alice v CLS Bank. The court decisions regarding 35 USC §101 have had a significant impact on computer and biotech industries, significantly limiting the scope of patent protection available in these technologies.

Now, US Congress is proposing patent law reforms on two fronts: 1) by further amending the provisions of the AIA dealing with post-grant proceedings;
and 2) by codifying changes to 35 USC §101 to reverse or lessen the impact of the recent spate of court decisions addressing patent eligibility under 35 USC §101.

The STRONGER Patents Act was introduced to the US Senate on July 10, 2019, with the purpose of weakening post-grant proceedings by limiting the availability, attractiveness and effectiveness of post-grant proceedings and ex parte re-examination. The STRONGER Patents Act is a new incarnation of an act introduced first in 2015 and then again in 2017.

In outlining the foundational Findings for the Act, the bill states: “Unintended consequences of the comprehensive 2011 reform of patent laws are continuing to become evident, including the strategic filing of post-grant review (PGR) proceedings to depress stock prices and extort settlements, the filing of repetitive petitions for inter partes reviews (IPRs) and PGRs that have the effect of harassing patent owners, and the unnecessary duplication of work by the district courts of the US and the Patent Trial and Appeal Board (PTAB).”

"It is difficult to predict the success of US patent legislation—it tends to not be at the forefront of “important topics” addressed by the US Congress."

Some of the proposed changes under the STRONGER Patents Act to post-grant proceedings would revise (i) claim interpretation standards; (ii) the evidentiary standard; (iii) standing requirements; and (iv) requirements for institution.

(i) Under the proposed change to claim interpretation standards, the claims in IPRs and PGRs would be required to be “construed as the claim would be construed under section 282(b) in an action to invalidate a patent”, ie, the same standard as used in a litigation.

(ii) Similarly, the act proposes to use an evidentiary standard in both IPRs and PGRs of patents being presumed valid, similar to the standard used in litigation.

(iii) One of the more significant proposed changes is with regard to standing to bring a post-grant proceeding. To bring an IPR the petitioner must a person, or a real party in interest or privy of the person, who has been (a) sued for infringement of the patent; or (b) charged with infringement under the patent. The standing to file a PGR is expanded to include a party who demonstrates “a competitive harm related to the validity of the patent”.

The STRONGER Patents Act also proposes to implement procedural changes in how the PTAB handles post-grant proceedings. For example, it is proposed that an administrative patent judge (APJ) who participates in the decision whether to institute the IPR or PGR cannot sit on the panel that hears the review. If a three-member panel decides institution, a different three-member panel must conduct the hearing from institution, requiring therefore that six APJs be involved with the proceeding.

Re-examination can be a valuable proceeding for a third party to challenge a patent, without revealing their identity. The anonymity provided with re-examination is offset by the fact that the requestor cannot participate in the proceeding once the re-examination request is filed.

The proposed change to require identification of all real parties in interest would remove a significant amount of the value to third-party ex parte re-examination requests (as is intended by the proposed change).

A second strategy to strengthen patents was introduced on May 22, 2019 by several members of Congress, with proposed changes to 35 USC §101. The proposals to address the attacks on patents under §101 first proposed to include a further definition under 35 USC §100, which states: “(k) The term ‘useful’ means any invention or discovery that provides specific and practical utility in any field of technology through human intervention.”

35 USC§ 101 currently states: “Whoever invents or discovers any new and useful process, machine, manufacture, or composition of matter, or any new and useful improvement thereof, may obtain a patent therefor, subject to the conditions and requirements of this title.”

Under the proposed changes to §101 the statute would be revised to further recite: “(b) Eligibility under this section shall be determined only while considering the claimed invention as a whole, without discounting or disregarding any claim limitation.”

Of significant importance are the Additional Legislative Provisions associated with the proposed legislation, which instruct that: “The provisions of section 101 shall be construed in favor of eligibility. No implicit or other judicially created exceptions to subject matter eligibility, including ‘abstract ideas’, ‘laws of nature’, or ‘natural phenomena’, shall be used to determine patent eligibility under section 101, and all cases establishing or interpreting those exceptions to eligibility are hereby abrogated.

“The eligibility of a claimed invention under section 101 shall be determined without regard to: the manner in which the claimed invention was made; whether individual limitations of a claim are well known, conventional or routine; the state of the art at the time of the invention; or any other considerations relating to sections 102, 103, or 112 of this title.”

If either of the proposed legislations passes, even in some modified form, it would likely have a significant impact on the scope of patent protection in the US.

It is difficult to predict the success of US patent legislation—it tends to not be at the forefront of “important topics” addressed by the US Congress. Revisions to US patent laws typically take some time to obtain the necessary momentum to go forward.

However, given the potential impact of these two proposed changes to the current laws, these bills should be monitored.

MaryAnne Armstrong is a partner at Birch, Stewart, Kolasch, Birch and focuses her practice on prosecuting patent applications and post-grant practice in the fields of pharmaceutical chemistry, organic chemistry, medical devices, biotechnology, and plants. She is also experienced in pharma and biopharma-related procedures. She can be contacted at: maa@bskb.com