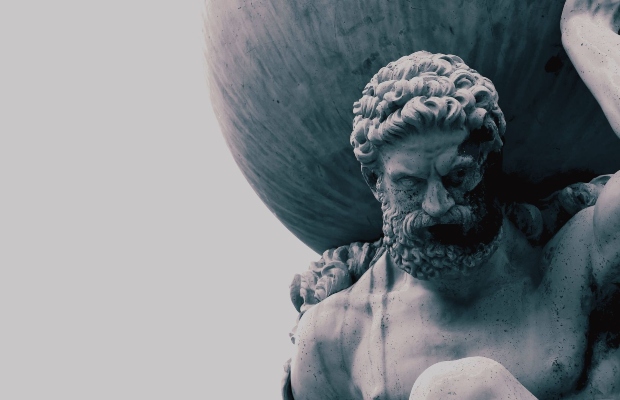 Almost every day, a myth about patents is propagated in social media, in the traditional press, and in informal exchanges between members of the lay public. Paul J Sutton of Sutton Magidoff Barkume exposes some of the most common.

Are the common myths about patents dangerous? Do they disrupt our lives or businesses? The answers to these questions will vary. Certainly, misinformation can form the basis of business decisions that can yield financially harmful results.

What is perhaps most surprising is the proliferation and survival of myths about patents, their underlying inventions, and procedures for obtaining and maintaining the effectiveness of patents. The amount of misinformation that is being spread over the internet and elsewhere seems to have grown and more recently has penetrated the business world.

It is a goal of this article to provide the reader with a relatively few examples of common myths, together with corrections and truthful statements of the law, so that decisions may be made based upon real rather than so-called “alternative” truths.

One of the oldest popular example of a patent myth is illustrated by the following advice widely offered to inventors seeking to establish their alleged priority of inventorship.

Until recently, it mattered who was the first to make an invention. “First to invent” was a matter of great importance under old patent law that has been replaced by a “first to file” criteria.

Under the old law, inventors were regularly told to write down their invention and send it to themselves via registered mail, return receipt requested. These inventors were cautioned not to open the envelope when it arrived and to keep it unopened in a safe place.

The truth is, having an unopened envelope did nothing whatsoever for inventors who would seek to establish priority of inventorship over another party. This approach failed to provide inventors with much-needed corroboration by a witness when seeking to establish the date of invention.

Instead, what such inventors should have done was to have an independent person—not a family member—read, sign and date each page of the recorded invention. Having that document and a witness available to testify under oath that he or she saw the recordation of the invention would make all the difference in the world and help establish priority of inventorship. What made this patent myth so popular is unknown.

The “first to invent” U S patent law has been replaced by a “first to file” law. No longer does it matter who made an invention first. Instead, the filing date of a patent application will govern priority of invention. This author is unhappy with this new law and believes that the old law was more just and reasonable.

Clearly, companies and parties with resources will have an advantage in their ability to race to the US Patent and Trademark Office (USPTO) with a patent application filing. This illustrates another example where money and resources matter.

Another patent myth involves the question of how many times a US patent can be renewed. A surprising number of people believe and tell others their guess. The truth is, US patents cannot be renewed—period. The basic goal confirmed in the US Constitution is to make available to the public all patented inventions once the patent expires.

More recently the patent laws were changed to define the life of a patent as 20 years from the effective filing date of the application that resulted in the patent. The framers of the Constitution desired to give owners of patents a lawful monopoly within which to get rich and to exclude others from infringing upon the scope of the patents.

The old law provided a patent life of 17 years from the date of grant, which enabled so-called submarine patents to be pursued. Once a patent’s life expires, everyone is entitled to practise the scope of the patent, free and clear of any claims.

Confusion regarding renewals of IP rights may arise from the fact that copyright rights, not patent rights, are able to be renewed. Under the Copyright Act of 1976, which replaced the Act of 1909, the duration of copyright protection for rights already in existence was extended to 47 years. That said, the nature of things that may be protected by copyright and patents differ sharply.

Still another myth involves the belief that obtaining a US patent gives the owner rights throughout the world. There is, however, no such thing as a “world patent”, and US patents are valid and enforceable only within the limits of the US and its states and territories.

Parties wishing to enjoy the monopoly benefits of patent rights in countries foreign to the US must pursue and obtain foreign country patents governing the desired countries.

Pursuing foreign patents is made financial easier via the filing of an application under the Patent Cooperation Treaty, which gives the applicant an opportunity to file a single application at a reduced cost, that covers more than 150 countries, together with option at a later date to file nationally in desired countries at greater cost.

This permitted delay in having to incur the greater costs gives applicants an opportunity to test and explore foreign country markets and opportunities before making the greater financial commitment.

Yet another patent myth is associated with beliefs surrounding the scope of patents. Many people who have a copy of a patent before them and wish to understand the lawful scope of the patent will study and focus upon the abstract of the invention that is set forth on the patent’s title page. Others will focus upon any drawings that accompany the patent.

“US patents are valid and enforceable only within the limits of the US and its states and territories.”

The owner of a patent pending status may use its placement on products or packaging, in order to dissuade others from duplicating that product. However, it is only upon the issuance or grant of a patent covering the product by the USPTO that a patent’s lawful monopoly rights can be enjoyed.

The alternative legend “patent applied for” is sometime preferred but yields no greater rights.

A great example of a business method patent is Bezos et al US patent number 5,960,411 granted in 1999 to, and owned by, Amazon.com, which enables its one-click buying method to be used by purchasers. The title of this patent: “Method and system for placing a purchase order via a communications network” confirms its focus, and its claims which protect a method of placing an order define the patent’s scope.

Next in line is the secret status of pending patent applications. It is a conventional belief today that patent applications that are pending before the USPTO will forever remain strictly secret and confidential between the applicant, his attorney(s), and USPTO personnel. In fact, this was the case until November 29, 2000, when the US patent law governing confidential status was radically changed.

This may have great commercial significance when considering a competitor’s access to one’s patent application(s).

Another myth concerns the requirements for obtaining a US patent. There is a segment of the population that clings to a very old patent law that required an applicant for a patent to submit a working model of the invention.

The truth is that, between the years 1790 and 1880, the US patent system required inventors to submit with their patent application a working model illustrating how the underlying invention worked. This requirement was abolished by Congress in 1870, but the USPTO kept the requirement until 1880.

The author will not burden this article with further examples of patent-related myths. Suffice it to say, it is always wise to consult experienced patent counsel.

Paul J Sutton is a founding partner of IP boutique law firm Sutton Magidoff Barkume and is adjunct professor at New York University’s Tandon School of Engineering. He can be contacted at: paul@smb.law