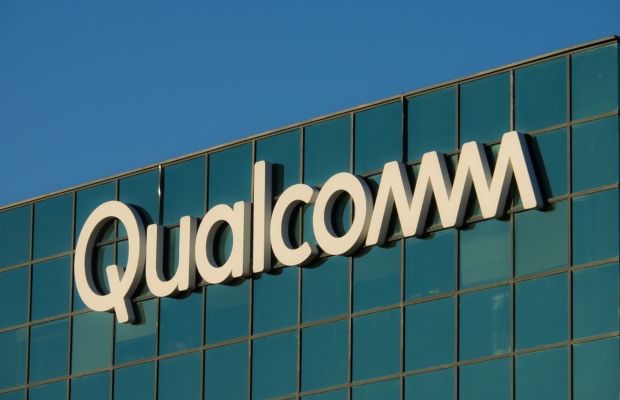 One would think that the management of Qualcomm celebrated its victory over Apple when, on the first day of the trial in their bitter fight, Apple capitulated and gave up.

Apple had until its capitulation hoped to avoid Qualcomm’s dominant chip position in the market by sourcing its upcoming 5G chips from Intel. Little did it know that Intel would be unable to be a reliable source and that it was totally vulnerable to Qualcomm and its rather harsh “no licence: no chips” standard-essential patent licensing policy.

This policy of withholding the sale of its baseband processors unless and until a customer relents and accepts an elevated royalty-bearing licence has been criticised by many academics and those in the industry. This made customers of Qualcomm’s chips extremely vulnerable and at a disadvantage in licence negotiations.

Cellular networks, in general, operate on distinct networking standards, which change every few years. For decades, Qualcomm has been the leader in supplying chips that support these standards. Smartphone manufacturers had few choices when it came to sourcing such chips and most dealt with Qualcomm as their supplier.

For the past 20-odd years, Qualcomm’s customers have included Samsung, Huawei, LG, Lenovo, Nokia, ZTE, Sony, and Motorola. The chips supplied to these device makers often had little or nothing to do with the patents that Qualcomm required such companies to license. In 2016 alone, it realised close to $8 billion dollars in patent licensing revenue.

Against the antitrust law

Qualcomm must have been shocked out of its post-Apple celebration in May this year when US District Court Judge Lucy Koh ruled that its no licence: no chips policy violated US antitrust law.

The civil litigation in the US District Court for the Northern District of California is Federal Trade Commission v Qualcomm, case number 5:17-cv-00220. The court issued an injunction, ordering the company to license rival chipmakers. Koh found that Qualcomm’s complained-of conduct had strangled competition in parts of the computer chip market, harming not only its current and future competitors, but also smartphone makers and consumers.

"The Qualcomm patent licensing decision discussed here may wind up being one of the most significant antitrust cases to be rendered."

Her order requires Qualcomm to renegotiate its existing licence agreements at reasonable royalty rates. She also has ordered that Qualcomm’s conduct be monitored for seven years, to ensure compliance with her orders.

Qualcomm now faces an ongoing battle against the US Federal Trade Commission (FTC) which has gone so far as to file objections against Qualcomm’s court motion to stay its mandatory licensing ruling.

The FTC’s aggressive posture has included objecting to Qualcomm’s arguments as being untimely, and combating the argument that Koh’s ruling will cause substantial harm to the development and deployment of 5G.

The FTC is not alone in this fight. Handset maker LG Electronics has joined with the FTC, arguing that it is in the process of negotiating a licence with Qualcomm and that it risks substantial harm beyond that already suffered if the objectionable licensing practices don’t immediately cease.

Not everyone is siding with the FTC against Qualcomm, and of course politics has crept into the case.

FTC Commissioner Christine Wilson, an appointee of President Donald Trump, has taken the unusual step of writing an op-ed article critical of Koh’s ruling in the May 22 edition of The Wall Street Journal. Wilson writes that the ruling radically expands a company’s legal obligation to help its competitors.

The article by Wilson, one of five FTC commissioners, will carry no legal weight, but it does give a hint of the arguments Qualcomm will put forth as it appeals.

The US Department of Justice on May 2 filed with the court a formal Statement of Interest in which it requested Koh to allow further briefing and a hearing to assure that her final decision will pose no harm to competition, innovation and customers.

Others will observe that Koh’s decision is very well reasoned and is supported by detailed findings of fact, based upon credible witness testimony during trial.

Normally, appellate courts do not set aside factual findings unless a high bar of clear error is met. The judge’s decision relied upon 1985 US Supreme Court precedent in which the court held that time-tested business arrangements could nonetheless violate anticompetition law.

The Qualcomm patent licensing decision discussed here may wind up being one of the most significant antitrust cases to be rendered, and patent and licensing attorneys will do well to stay far from the line separating reasonable and over-reaching patent licensing practices.