US: How IP became political 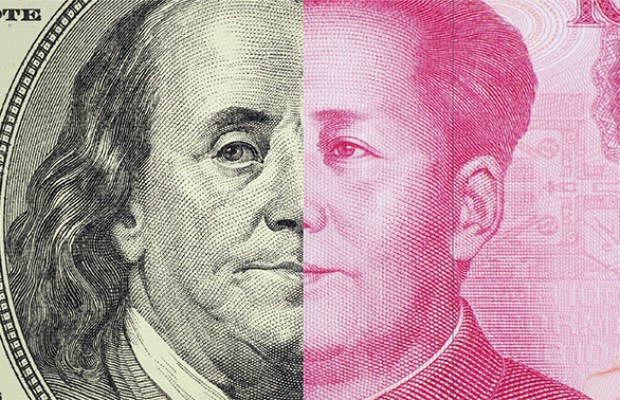 The past 18 months has seen the politicisation of IP and disputes over IP rights to an arguably unprecedented degree.

With some of these, it is not hard to understand why IP and notions of ownership have proved so contentious. Accusations against western companies of appropriating African cultural assets unsurprisingly cause consternation, while disputes such as Peru and Chile’s over the origin of grape brandy Pisco are relatively straightforward.

"It can feel as though IP is being used as a catch-all term for justifying seemingly unrelated actions such as imposing tariffs on China." - Holly White, Rouse

What seems to have changed, or at least increased in prominence, is the use of IP as a proxy in geopolitical disputes between rivalling nations and superpowers. In these instances, it is worth examining where IP sits in the bigger picture, which is often much more complex.

The US and China

In 2018 IP emerged as one aspect of a trade dispute between the world’s two biggest economies, the US and China. This should come as no surprise: technological development is a key tool in each country’s bid to gain an economic advantage over the other. In that scenario, the laws and regulations which govern the exchange and use of that technology become crucial.

The US has long criticised what it sees as China’s blatant flouting of the rules on IP. Washington DC’s line has centred largely around two narratives: China’s alleged state-sponsored theft of trade secrets from US companies in violation of US law; and China’s use of its own loose regulatory standards to extract technology from foreign companies doing business in its domestic market.

It is the former which has received the most attention from the press, and 2018 culminated in the arrest in Canada of Meng Wanzhou, chief financial officer of Chinese telecoms behemoth Huawei. If the headlines were largely dominated by charges of fraud and flouting US sanctions on Iran, then just as significant were the trade secrets charges brought as part of a wider swoop against Huawei.

As China’s largest telecoms manufacturer, whose products are gaining popularity across Europe and North America, Huawei has become a major preoccupation of a US government which sees Chinese state and corporate espionage as one of the biggest threats to American interests. It was accused of stealing technology from the American subsidiary of German conglomerate T-Mobile.

Huawei may have been the biggest name in the sights of the US Department of Justice, but it was far from the only one. In 2018 US authorities also accused the Chinese Ministry of State Security of a conspiracy to steal trade secrets from US and European companies.

On the back of this legal action, the US has advanced a narrative both at home and in the international community that China represents a threat to the national security of the US and its allies. While the political context of that is complex, it’s interesting to consider whether the broader allegation—that China’s approach to IP is threatening and even aggressive—is accurate.

According to Holly White of IP consultancy firm Rouse in London, who has a focus on China: “The trade war narrative relating to China’s IP system often does not align to the reality.”

While China’s IP system may not be as sophisticated as many foreign companies would like, it has nonetheless made “significant process”, especially given that it was “non-existent in 1979”, she says.

“It is not necessarily the case that foreign entities cannot successfully register, use, and protect their rights in China,” she explains. Why then, has China’s IP system attracted so much attention from the current US administration?

“It can feel as though IP is being used as a catch-all term for justifying seemingly unrelated actions such as imposing tariffs on China,” White says, but this is not to downplay what she sees as “legitimate concerns” related to China’s IP regime.

“But the problems that do exist are often more complex than they are portrayed,” she adds.

Indeed, in many respects, China is a favourable environment for foreign rights owners. Figures supplied to WIPR by Rouse show that foreign plaintiffs in patent infringement cases in China have a win rate of 86%, compared to 82% on average. Both the mean and median level of compensation awarded to foreign plaintiffs are higher than the overall average, and the injunction rate remains on par.

As Tim Smith, executive at Rouse in London, notes: “Although there may be several factors behind these figures, they do not speak to an unlevel playing field, as is so often alleged.”

“China is now being seen by major technology players as one of the theatres (along with the US and Europe) in which their international technology disputes can be heard,” Smith says.

Among the most controversial elements of China’s IP landscape has been the notion that foreign companies are forced to exchange their IP in order to access the market. The Trump administration has highlighted this as a major issue in its trade deal negotiations with China.

The accusation is that foreign companies are forced to enter into joint ventures in which they are coerced into handing over their technology and trade secrets in order to do business in the country.

How much credence should the international community give to these accusations? As Smith notes: “The US Trade Representative (USTR) has painted a picture of the entire machinery of the Chinese state being geared towards systematic extraction of technology from the US and aggressive acquisition of foreign technology assets.”

In March 2018, the US even filed a complaint with the World Trade Organization over China’s regulation of technology transfer. In Smith’s view, however, the US claims are “weak”. He says that although there are international concerns about foreign firms being expected to offer technology as part of a joint venture with domestic companies in China, “the transfer is not coerced”.

A more accurate picture of the situation in China concerning forced technology transfer, he says, is that “a few US companies were undoubtedly caught in poor negotiating positions and so may have suffered exploitative treatment”.

“The Trump administration has then extrapolated from this a claim of a systemic, government-orchestrated campaign.”

At the heart of the US’s claims of Beijing-backed forced technology transfer in China, is a country which is “feeling under economic and technological threat” from its major rival. In this way, “IP issues have become a proxy for wider economic and political concerns”, says Smith.

The US’s stance towards China is not the only instance in which IP has been the subject of a major political clash in recent months. Relations between Qatar and Saudi Arabia have broken down to a large degree in recent times, and IP is now taking an increasingly prominent role in the dispute.

Tensions between Qatar and Saudi Arabia led to a political crisis across the Middle East in 2017, when nearly a dozen Saudi allies broke diplomatic ties with Qatar. The issues at the heart of the dispute between the Arab neighbours are multi-faceted, including mutual accusations of state-sponsored terrorism.

IP rights mark just one of many fault lines in the dispute.

Against the backdrop of Saudi Arabia’s diplomatic offensive against Qatar in 2017, the Riyadh-based Saudi government and its allies demanded that Qatari state-owned broadcaster Al Jazeera be shut down. This was, Saudi Arabia demanded, a prerequisite for the re-establishment of diplomatic relations between the countries.

Saudi Arabia initially banned Al Jazeera in May 2017 after it broadcast remarks by Qatari Emir Sheikh Tamim bin Hamad Al-Thani which, it claimed, were sympathetic to Iran and Hamas. It is the geopolitical rivalry between the two states which underpins Saudi Arabia’s hostility towards Al Jazeera. The network, as the Middle East’s biggest broadcasting export, is both symbolic of and instrumental to Qatar’s regional influence.

The crisis has dragged beIN Sports, which originated as Al Jazeera’s sports broadcasting arm, on to centre stage. Qatar has fought back against what it sees as a Saudi sabotage campaign against the country and its institutions, citing the alleged theft of beIN’s copyright by streaming service beoutQ.

The network, which Qatar says is hosted in Saudi Arabia and tacitly backed by the government, is alleged to have continuously stolen beIN’s copyright and transmitted it across the Arab world. beIN holds the exclusive rights to broadcast major sporting competitions such as the UK Premier League across the MENA region.

The allegations levelled against each other by Saudi Arabia and Qatar remain a sensitive matter across the region. Despite contacting multiple attorneys based in countries taking part in the Saudi-orchestrated blockade of Qatar, WIPR was unable to find any who would comment on the record.

Things escalated in March this year when the Asian Football Confederation (AFC) announced that it had stripped beIN of its exclusive rights to broadcast certain Asian Champions’ League matches involving Saudi clubs. The AFC confirmed its intention to live-stream these matches for free on its own digital channels.

In a statement supplied to WIPR, beIN said that Saudi Arabia had developed beoutQ into “the most sophisticated illegal broadcaster in history” and condemned the AFC’s decision as “a clear political move seemingly in full collaboration with the Saudi Arabian Football Federation”.

Placing the incident firmly in the context of the last 18 months, the company warned that Saudi Arabia’s interference with beIN’s IP rights threatened to undermine “the business model that sports rights holders around the world rely on”.

As these disputes show, IP can have political implications that reach far beyond the courtroom, but none of this is to say that there are no real and legitimate concerns about IP rights and potential infringement.

What these examples show, however, is that IP is becoming increasingly bound up with larger geopolitical tensions. If we think that the world is getting more fractured in general, we should also assume that this trend will continue.