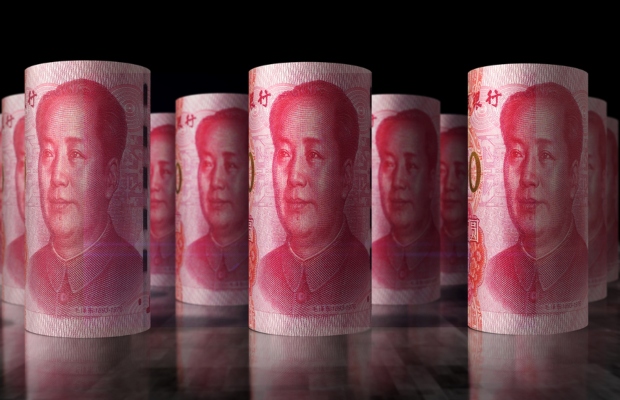 On February 7, 2021, the Chinese Supreme People’s Court (SPC) passed the Judicial Interpretation on Punitive Damages in Intellectual Property Infringement Cases (Interpretation), effective from March 3, 2021, and followed up by releasing six typical IP rights cases to facilitate accurate understanding and application of the Interpretation. We summarise the cases and comment below.

The plaintiffs and three of the defendants appealed to the SPC. While confirming the infringement, the SPC pointed out that the first-instance court failed to fully consider the contribution of the technical secret, the infringers’ severe bad faith, professional infringement, scale, duration, and obstruction of evidence.

”The Chinese authorities concerned are planning to also punish the infringers through the national credit system and a blacklist mechanism.”

This is the first IP rights case ruled by the SPC, where the maximum five-fold punitive damage was granted and the scenario has received widespread coverage.

The Beijing IP Court granted cross-class protection and sustained the infringement claim. Moreover, the court ruled that Miqi, a company dealing in similar products, should have respected Erdos’ famous trademark, but has long infringed the trademark through its Tmall shop, which proves its bad faith and severity of infringement. Double damages were granted.

Zhongshan Benteng registered more than 90 trademarks imitating or copying other famous brands. The Jiangsu High People’s Court ruled that the number of comments on the online shop can be reference to the sales volume. The court took into consideration the sales of the defendants’ 23 shops, long duration, variety and quantity, the inferior quality of the infringing goods, as well as Xiaomi’s well-known trademarks, reputation, and influence.

Based on the infringing profit, punitive triple damages of CNY50 million ($7.7 million) were granted.

The plaintiff enjoys exclusive licence to the mark ‘Wuliangye in Chinese’. The suspected shops controlled by Xu Zhonghua had been administratively punished for selling counterfeit Wuliangye liquor and using the mark in the signboards. Xu Zhonghua et al had also been sentenced to imprisonment for sales of counterfeit products.

The repeated and long infringement proved the defendants’ professional IP rights infringement and was considered a severe scenario by the court, which awarded punitive double damages.

The two individual defendants’ company was found to have infringed Adidas’ registered trademarks three times from 2015 through 2017 and fined for a total of more than 17,000 pairs of infringing footwear uppers. Adidas sued and claimed punitive damages. The court adhered to the preponderance principle and reasonably decided the basis of punitive damage according to Adidas’ loss, unit price of genuine shoes, and gross profit rate.

Opple registered two trademarks, including one recognised as a famous trademark of Guangdong Province and a well-known trademark of China many times. The defendant, Huasheng, sold similar products bearing a similar mark, which contains the first two characters of the plaintiff’s famous mark plus a Chinese character meaning “special” and was once punished for substandard quality.

Although the first- and second-instance courts both denied the trademark infringement, the Guangdong High People’s Court confirmed in the retrial the strong distinctiveness and well-known status of Opple’s marks and confirmed the infringement.

The defendant had known of Opple’s fame and goodwill and had been rejected for its own trademark due to Opple’s prior marks but had used the similar mark on its substandard products. Punitive triple damages were granted, based on proved royalties multiplied by the infringement duration.

As the calculated result exceeded the claimed amount, the claimed damage of CNY3 million was awarded. The ruling has introduced a method of precisely calculating basis and multiples.

Through the typical cases and the Interpretation, the SPC has clearly illustrated the necessary factors to ascertain bad faith, severe scenarios, and ways of calculating damages, which represent the Chinese courts’ tougher attitude towards curbing IP rights infringement.

The Chinese authorities concerned are planning to also punish the infringers through the national credit system and a blacklist mechanism. All these efforts combined will make IP rights infringement more risky and less profitable.

The IP right owners and interested parties might spend less on IP rights enforcement or even recover their loss more easily, as reasonable enforcement expenses can also be compensated in addition to damages. Therefore, we suggest that the IP owners and interested parties take advantage of the situation by more aggressively enforcing their IP rights in China, administratively and/or judicially.

Haoyu Feng a partner at Chofn IP. She can be contacted at: mail@chofn.cn