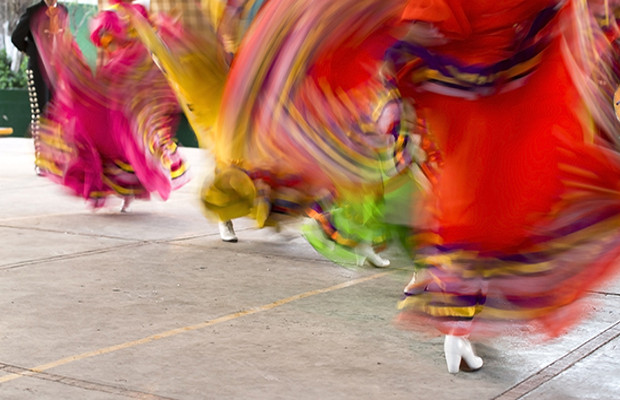 The TPP trade deal fell by the wayside when the US pulled out, and the new-look CPTPP does not provide for such a wide-ranging revamp of Mexico’s patent system, says Víctor Garrido of Dumont Bergman Bider & Co.

For many years, 12 countries in the Pacific Rim negotiated; they eventually issued a final draft of the Trans-Pacific Partnership (TPP) trade deal in February 2016. Like most contemporary free trade agreements, the TPP text contemplated an intellectual property chapter, wherein several dispositions regarding IP rights, patents included, were set. During negotiations and while ratification was pending, the TPP was considered an opportunity not only to update but actually to boost the Mexican patent system.

The TPP did not enter into force, mainly because of the withdrawal of the US in January 2017. However, the remaining 11 economies managed to sign the Comprehensive and Progressive Trans-Pacific Partnership (CPTPP), which incorporates the TPP by reference, with some suspensions, especially in the IP provisions. The CPTPP is waiting for national ratifications but, unlike its predecessor, it is foreseeable that the treaty will enter into force.

At least for the time being, suspensions on patent provisions do not result in Mexico needing to significantly change its patent law.

At least the following information is requested to be publicly available:

Arguably because of CPTPP dispositions, Mexico amended its law on March 13, 2018, in order to open the possibility of establishing a public file inspection, which certainly signifies a positive change in the domestic system. Before, only bibliographic data and the abstract of the invention were officially made public before a patent was granted.

"The CPTPP is waiting for national ratifications but, unlike its predecessor, it is foreseeable that the treaty will enter into force."

Perhaps one of the hottest topics in the TPP was patent term adjustment. The TPP text included a provision to compensate unreasonable delays that occur in the granting of the patent, at the patent owner’s request, by means of adjustment of the patent term, unless the delay was attributable to the applicant.

An unreasonable delay included a delay in the issuance of a patent of more than five years from the date of filing of the application, or three years after a request for examination of the application had been made, whichever was later.

In the pharmaceutical field, the TPP was to compensate curtailment of the effective patent term as a result of the marketing approval process, eg, registration of medicaments with the health authority. However, both possibilities for patent term adjustment were suspended in the CPTPP.

Accordingly, since Mexico grants patents with a non-extendable term expiring 20 years after the filing date, Mexico does not have to establish a patent term adjustment scheme under the treaty. It is not probable that the country would do so on its own initiative, as without the mentioned obligation from an international treaty, the discussion would have to go back to first deciding whether any provision for patent term adjustment is suitable.

Another patent-related issue in the TPP was data protection for health approval of pharmaceutical, biotechnological and agricultural chemical products. Mexico agreed to provide data protection in the pharmaceutical field in a previous free trade agreement: the North American Free Trade Agreement (NAFTA), in 1994.

Sometimes this protection was only reached by litigation because laws were not amended to be aligned with NAFTA provisions, although litigation resulted in the health authority publishing an internal decree providing some recognition of data package exclusivity according to international treaties, in 2012.

The TPP would have resulted in Mexico actually modifying its law to specifically include the five-year protection, eliminating the need for litigation on the matter. For new clinical information submitted in support of a marketing approval of a previously approved product covering a new indication, new formulation or method of administration, the protection under the TPP would have been at least three years.

As for biological products, data protection was to be at least eight years, or at least five years from the first marketing approval in another country. Mexico would most likely have chosen the first option.

From the text of the CPTPP, data protection provisions for pharmaceutical and biological products are suspended, so it is understood that data protection of at least ten years will be now available for agricultural and chemical products in Mexico, which currently does not exist. However, the situation for pharmaceutical and biotechnological products in this regard will not change, at least not within the context of complying with the new treaty.

Mexico’s signing the CPTPP undoubtedly seems to impact domestic patent law and practice, as shown by the recent amendments to the law allowing for public file inspection of patent applications and the publication of divisional patent applications, which will result in harmonising these aspects of the local law with those of other major jurisdictions such as the US and the European patent region.

However, as discussed above, the original TPP text might have signified the discussion of a complete review of the Mexican patent framework, including the definition of Mexico’s position regarding matters such as patent term adjustment and data package exclusivity protection for pharmaceutical and biological products.

Mexico might not address said topics in future amendments to the law. Information leaked from the TPP negotiations at the time showed that the country was not especially in favour of incorporating dispositions on said fields within its domestic law.

Víctor Garrido is head of patents at Dumont Bergman Bider & Co. He is an industrial chemical engineer with specialisation in polymers and IP law. His experience encompasses technical opinions on patentability, clearance analysis, and drafting, filing and prosecution of patents. He is member of AIPPI, INTA, AIPF, and the local association AMPPI. He can be contacted at: vgarrido@dumont.com.mx