Romania: the right to replay 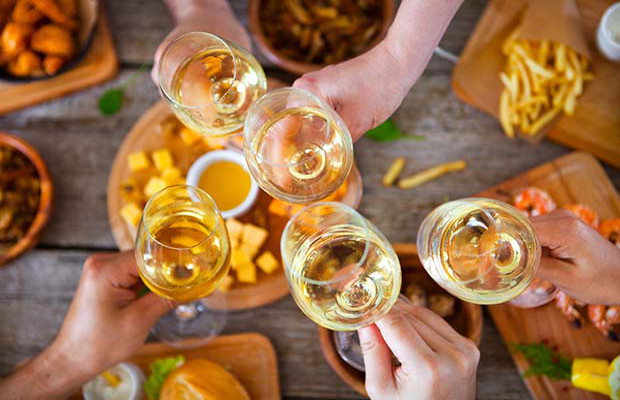 In Romania, an opposer can launch a trademark opposition and a trademark invalidation on identical grounds, as Nicoleta Anghelescu of Cabinet Enpora IP explains.

A recent case Cabinet Enpora IP represented before the Bucharest Court of Law, whose decision was issued on February 19, 2020, brought to our attention the situation of invalidation proceedings that become opposition proceedings—both being based on same prior rights, same legal grounds and between the same parties.

In Romania the majority of trademark matters are decided by the State Office for Inventions and Trademarks (OSIM) except for enforcement proceedings and trademark invalidation and revocation proceedings, which are still decided by the Bucharest Court of Law and will continue to be in the next years until the amended trademark legislation comes into force.

In this particular case our client opposed the trademark application ‘Muga Negrini’ based on similarity with our client’s earlier trademark ‘Muga’ registered for identical goods in class 33: wines.

The opposition was rejected. The opposition division decided the signs are not similar enough for a likelihood of confusion to be found among Romanian consumers, in spite of the goods being identical. The opponent decided to file an appeal and this was admitted. The appeal commission found that the signs are similar, the goods are identical and there is a likelihood of confusion.

The applicant contested the decision before the Bucharest Court of Law, which decided to admit the applicant’s action not on merits but based on procedural irregularities before the appeal commission.

If the court had given a decision on merits the case would have ended there. Recourse was still possible but the prior rights owner decided to acknowledge the findings of the court with respect to the procedural irregularities during the administrative appeal. As a consequence the new trademark ‘Muga Negrini’ with design was registered.

The defendant sustained that the opposition proceeding and the invalidation proceeding are alternative ways of action to hinder the registration of a new trademark application.

Once one chooses one way of action one is hindered from subsequently choosing the second way of action in accordance with the civil law principle ‘electa una via, non datur recursus ad alteram’. Our defence to these inadmissibility claims was based on the European case law with respect to res judicata which established that res judicata attaches only to final judicial decisions but not to administrative decisions which emerge from the IP offices, unless otherwise provided in the corresponding legislation.

Various reasons support this approach in this particular domain: interpretation of the existing legal provisions that requires such conclusion; administrative proceedings are simpler, quicker and cheaper; they intervene in the first stage of acquiring a trademark when its impact on the market is still unknown; and the existing precedent that has been satisfactory for the interested subjects.

"The diligent trademark owner who acts to defend his trademark by using all available proceedings must not be hindered in doing so without a clear legal base."

The main case discussing this legal matter was T‑140/08 TiMiKinderjoghurt, which provides in paragraph 34 that, “the principle of res judicata, which prohibits a final judicial decision being called into question, was not applicable so far as concerns the relationship between a final decision in opposition proceedings and an application for a declaration of invalidity, given, inter alia, first, that proceedings before the Office for Harmonization in the Internal Market (now the EU Intellectual Property Office) are administrative and not judicial and, second, that the relevant provisions of Regulation No 40/94, namely article 52(4) and article 96(2) (now article 60[2] and article 128[2] of Regulation No 2017/1001) lay down no rule to that effect”.

Paragraph 36 of the same decision adds that the appealed decision of the Board of Appeal was wrong: “First, since no force of res judicata attaches to a decision, even when final, handed down in opposition proceedings, that decision is incapable of creating either acquired rights or a legitimate expectation as to the result of a subsequent action for a declaration of invalidity.

“Second, if the arguments of the Board of Appeal on that point were accepted, any action for a declaration of invalidity challenging the registration of a European trademark on which a decision had been made in opposition proceedings would, where the parties to the dispute were the same, the subject matter was the same and the grounds were the same, be deprived of any practical effect, although such a challenge is permitted under Regulation No 40/94 (now Regulation No 2017/1001).”

The same conclusions were maintained in subsequent cases, such as T-275/10 MPay24 and T‑11/13 Mego. The Bucharest Court of Law dismissed the inadmissibility claims of the defendant because “the Romanian trademark legislation does not contain any express provisions that would submit the trademark invalidation action to any processual restrictions or any restrictions to the right to legal action must be expressly provided by the law and not simply rely on analogies and interpretation”.

The judge also expressed an opinion sustaining that the diligent trademark owner who acts to defend his trademark by using all available proceedings must not be hindered in doing so without a clear legal base. The invalidation action was also admitted on merits. The court found the two marks are similar and protect identical goods and there is a likelihood of confusion for the Romanian public.

Bearing in mind the European case law and the current position of the Romanian courts, we are certain that the inadmissibility claims will not be reversed in a future appeal. In conclusion, the owner of a previous trademark has both the means of opposition and invalidation to attempt to hinder the registration of a new trademark application deemed similar to his prior registered rights.

Nicoleta Anghelescu is managing partner at Cabinet Enpora IP. She can be contacted at: ntarchila@enpora.com