The Anxiety of Influence: How to Avoid the Pitfalls 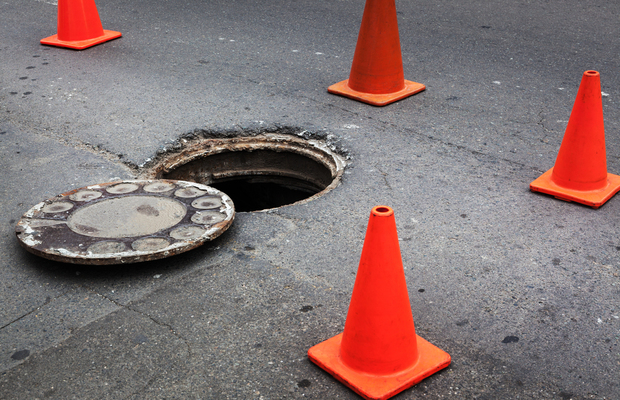 For many brands, influencers have proven a shortcut to huge exposure and high impact, but there are dangers associated with their use—and brands need to be thoughtful about when and how they engage with them, as Saman Javed reports.

In 2016, dozens of so-called influencers flooded their followers’ Instagram feeds with square, orange tiles, each tagged with the words “Fyre Festival”—a music festival set to take place in 2017.

"(Fyre Festival) tapped into cultural zeitgeist relevant to them, using ‘it’ girls of the moment to create a huge buzz and generate ticket sales." Pien KrampsThese orange squares, coupled with images of bikini-clad models partying on an undisclosed island, were just enough to capture the attention of thousands, who bought into the idea of a highly Instagramable luxury music festival on a sun-drenched beach in the Bahamas.

With the likes of supermodels Kendall Jenner and Emily Ratajowski promoting the campaign, Fyre Festival was a marketing success, and tickets for the event completely sold out.

“They tapped into a cultural zeitgeist relevant to them, using ‘it’ girls of the moment to create a huge buzz and generate ticket sales,” says Pien Kramps, Legal Counsel at influencer agency Imagency (Netherlands).

While social media was the driving force behind the  successful ticket sales, it was also the organizers’ downfall when they failed to deliver the festival they had promised. Today, the festival—in the limelight again thanks to two recently released documentaries—is notoriously referred to as a high-profile fraud.

In 2017, social media was awash with unsuspecting festival-goers who had arrived at the island only to find the event was the opposite of what they had been promised.

Many blamed the influencers, some of whom had failed to follow the U.S. Federal Trade Commission (FTC) guidelines requiring endorsers to disclose when a post is an ad, and promoted the festival without disclosing that they had been paid hefty sums for doing so. According to court records, Ms. Jenner was paid a fee of $275,000.

While the aftermath sparked a warning by the FTC that influencers must disclose their relationships to brands when promoting or endorsing products, it was also a clear demonstration of the power of the social media influencer.

In recent years, there has been a clear growth in the use of social media influencers as part of marketing strategies. The influencer marketing industry grew by almost US $2 billion in 2018, and it is expected to be worth US $6.5 billion this year, according to a recent report by Influencer Marketing Hub (Denmark).

While the growth has been significant, influencer marketing approaches differ around the world.

"We consider influencer marketing in China to be about three to five years ahead of the rest of world because of technology advances." Elijah Whaley

As the world’s largest e-commerce market, China is one of the most advanced influencer landscapes in the world, with the strategy in use there as early as 2008.

One key advancement that has driven this place is the integration of e-commerce and payments into all Chinese social media platforms.

“This creates a completely different marketing and business model in China as compared to the rest of the world,” Mr. Whaley says. “At this point, the platforms themselves are more sophisticated here.

He gives the example of the highly popular Chinese video-sharing app Douyin, one of the platforms PARKLU uses when creating influencer-based social media campaigns for brands.

In 2017, Douyin was launched overseas as Tik Tok, though without the e-commerce features available in China.

“There’s a huge gap. On Tik Tok you can create awareness around a product, but users must leave the app to make a purchase,” Mr. Whaley says.

In China, creating content that your followers can relate to is the key to building trust and influencer marketing success.

“There is what is called a high-context culture,” Mr. Whaley explains.

This means that “context,” or a person’s background and culture, is very important in the development of relationships between people; it is the same between influencers and their followers.

Of the influencer-follower relationship, he says, “There’s a sense of ‘this person is from my city, or this person is somehow connected to my friends.”

Another major aspect driving influencer marketing in China is the idea that the creation and distribution of content is an “exchange of value” and a “gift.”

“This also creates a sense of indebtedness which you don’t commonly see, or it is not as strong, in Western countries,” Mr. Whaley says.

The situation is different in Africa. Moses Kemibaro, founder of digital marketing agency DotSavvy (Kenya), says influencers first gained popularity on the continent around five years ago. But brands are still very apprehensive about using them in their marketing strategies, out of fear that an influencer may not represent the brand in the way that suits the brand.

"If your brand is not being discussed or earning any attention, then it’s worse than not making money." Moses Kemibaro

“It’s about the conversation around your brand. If your brand is not being discussed or earning any attention, then it’s worse than not making money,” he says.

“People thinking or talking about your brand is ultimately becoming more valuable, because this inevitably leads to more money down the road," Mr. Kemibaro suggests.

In addition, influencers are becoming more accustomed to being brand-safe,” he adds.

But in Africa, winning the trust of consumers can be a much harder task for influencers.

Mr. Kemibaro explains that influencers tend to “sell out” by promoting brands merely to make money, to a point where consumers recognize that the content is being created merely for promotional purposes. As a result, the influencer loses his or her authenticity.

Barry M. Benjamin, Chair of Kilpatrick Townsend & Stockton’s Advertising and Marketing group and Managing Partner of its New York office (USA), describes working with influencers as a “necessary evil,” because it gives brands far less control than they had previously with traditional advertising campaigns.

"Sometimes the brand has to respond publicly and forcefully in repudiating the influencer." Barry M. Benjamin

“Brands generally prefer tight control over how their trademarks are used, and their reputation in the public sphere. Working with influencers requires them to loosen these reigns,” he says.

Mr. Benjamin says many brands protect their trademarks by putting a contract in place with an influencer before working with him or her. The contract includes stipulations about how the influencer may use the brand’s trademarks.

“Given that the brand’s trademarks are the significant asset in selling its product, it wants to ensure that whatever agents it works with, including influencers, abide by its terms,” Mr. Benjamin says.

"We make sure we find influencers who are authentic and care about the brand." Doug Raboy

He adds that if an influencer misuses a brand’s trademarks, the brand has two options.

“Sometimes the brand has to respond publicly and forcefully in repudiating the influencer. Other times, the brand chooses to simple quietly terminate their relationship with the influencer and not bring additional attention to the issue,” Mr. Benjamin said.

Deciding which option to pursue is “balancing act” by the brand, he says, since sometimes taking public action to cut ties with an influencer could result in the “Streisand effect,” where the brand winds up giving greater public attention to the issue or problem.

At digital agency People Ideas & Culture (PIC, USA), the team takes a calculated approach to the use of influencers when developing social media strategies for clients.

Doug Raboy, Chief Idea Architect at PIC, says this approach involves making sure the company finds influencers who are already connected to the product or brand they are working with.

“We make sure we find influencers who are authentic and care about the brand,” Mr. Raboy says.

He says the agency takes this careful approach because “audiences can spot a fake [influencer] a mile away.”

“I would much rather use a micro-influencer who is completely in touch with the brand and has the right followers who will be interested in the brand, rather than pay a more popular influencer $150,000 for one post to advertise to millions,” Mr. Raboy says.

While an increasing number of brands are jumping on the influencer bandwagon, Mr. Raboy suggests, “We are getting close to the ‘influencer apocalypse.’”

“A lot of the time brands are blindly going into this and saying ‘oh we need influencers,’ but why do you need influencers? What do you want them to accomplish and what are you trying to achieve?” he asks.

He predicts that working with popular influencers simply because they have the highest number of followers will become less effective, and this will push brands to go “back to being more thoughtful about the way they use influencers and how they connect with their audience.”

One brand that has developed a strategy to avoid such an “influencer apocalypse” is S’Well (USA), a reusable water bottle company.

Collette Parris, Senior Corporate Counsel at S’Well, says the brand’s target audience cares deeply about sustainability and supporting charitable foundations, so the brand chooses social media influencers who will “strike a chord with those values.”

“You have to work really hard to find influencers who have values which align with the values of your brand. Rather than just looking for a popular influencer, we look for an influencer who mirrors what our brand is about,” she says.

While the company recognizes the power of micro-influencers, S’Well has also benefited greatly from collaborating with influencers who have large followings.

For example, earlier this year, the brand collaborated with Instagram influencer Lee from America, a self-described fitness lover who practices a holistic lifestyle, to design a S’Well bottle.

“It was a way for us to tap into Lee’s audience and introduce them to the S’Well brand where they might not have engaged with it before. And Lee also gained followers, because at S’Well we have a cult following who may not have come across her page before,” she explains.

Ms. Parris emphasizes that S’Well’s careful selection of influencers also protects the brand against having its reputation tarnished by an influencer who might say or do something that conflicts with the brand’s values.

“We haven’t been in a position where we have had to do damage control because we have these safeguards in place,” says Ms. Parris. “The best protection we give ourselves is by being thorough and authentic in who we choose.”