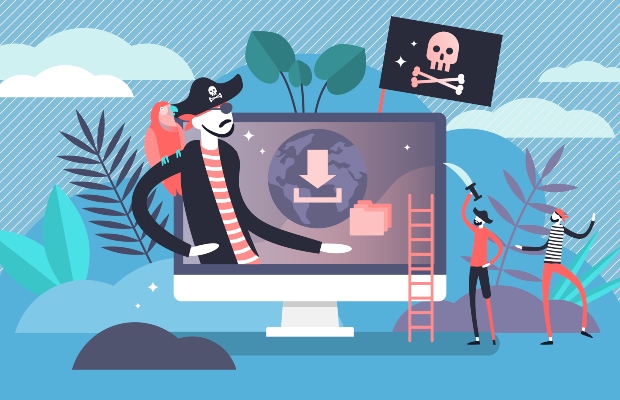 The use of illegal digital services is decreasing significantly in Sweden, most of all by internet users aged 16 to 29, according to a recent survey, “Changed attitudes to illegal streaming”, published February 7, 2020, by Kantar Sifo on behalf of the Swedish Patent and Registration Office.

This is indeed a welcome change in a country where the world’s most notorious file-sharing site The Pirate Bay—with 22 million users at its peak in 2005—and the political movement the Pirate Party, originated.

It is easy to forget, but Sweden was an early adopter of some of the world’s most severe enforcement laws on internet piracy, such as the Liability for Bulletin Board Systems law from 1998—a Swedish attempt to regulate pornographic material (the same issue that led to the creation of the 1996 Communications Decency Act in the US); the so-called FRA Law (although with the prior aim of fighting terrorism)—in force since January 1, 2009, giving some Swedish authorities the right to intercept all internet and other e-traffic crossing Swedish borders; and the full implementation of the EU Directive on the enforcement of IP rights (the IPRED directive), which has been in force in Sweden since April 1, 2009.

In April 2009, the three administrators and the founding member of The Pirate Bay were convicted by a Swedish court of contributory copyright infringement, and each sentenced to a year in prison. However, one of the convicted administrators immediately told supporters that “nothing will happen to The Pirate Bay, this is just a theatre for the media”.

The Swedish Pirate Party issued a press release claiming that the verdict was the party’s ticket to the European parliament. The party tried to win seats in the Swedish parliament in the 2006 general elections but reached only 0.63% of the required votes (4% being the bar). They gained however from the public debate around the new laws and The Pirate Bay case.

In 2009, 7.1% of the Swedish vote was enough to place the party with two seats in the European parliament. The Swedish Pirate Party’s associated youth organisation, Young Pirate (Ung Pirat), was at the same time the largest political youth organisation in Sweden by membership count.

Apart from the protection of personal integrity, the Pirate Party’s other stated policies were that “patent protection is dangerous for society” and that copyright protection should be limited to five years after publication. Trademarks on the other hand, were not counted as IP per se by the party, which regarded “some kind of trademark rights” as an important consumer protection tool.

The Pirate Bay soon became popular as a trademark. In February 2009, the Swedish company Umida Group filed a national Swedish trademark application for ‘The Pirate Bay’ for rum in class 33. It was registered in May 2009, under No 403728.

In December 2009, the Swedish advertising and software company Global Gaming Factory X filed an application for ‘The Pirate Bay’ trademark, covering everything from medicines and furniture to legal services. It was registered in February 2012, under registration No 503422, around the same date that its owners went into bankruptcy.

"Sweden was an early adopter of some of the world’s most severe enforcement laws on internet piracy."

File-sharing site The Pirate Bay still exists. It pops up from time to time, using different top-level domains, but interest among previous users is decreasing.

The same is true of the Pirate Party: in the European parliament election in 2019 the party received only 0.64% of the votes.

This is probably the good result of several activities from Swedish authorities and the PRV, as well as schools educating students and teenagers of the important of good IP protection and the risks in using fake copies.

As noted initially, the new survey made on behalf of the PRV shows a significant drop of illegal users of digital services in Sweden.

A wider range of legal, high-quality services are the parameters that are most important when choosing a digital service, especially among younger users. Of the survey’s respondents, 57% noted the importance of a site’s being legal (67% of those 57% were women).

It will be interesting to see the result of the next survey. Perhaps a majority will then see ‘Swedish Pirates’ as a well-protected trademark for a legally produced movie.

Maria Zamkova is chief executive officer of Fenix Legal. She can be contacted at: info@fenixlegal.eu