Strengthening IP Rights in the ASEAN 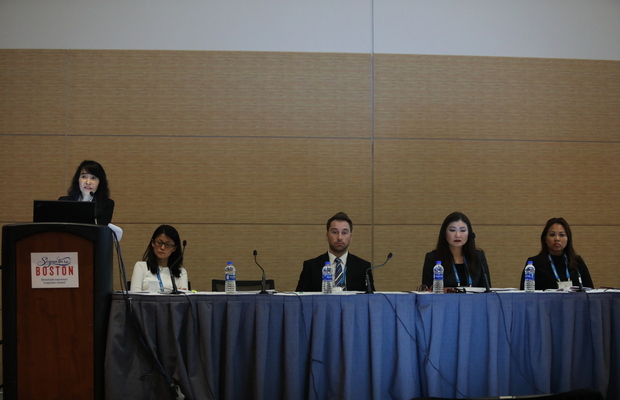 With new trademark laws and more countries acceding to the Madrid Protocol, the signs are there that intellectual property (IP) is in a stronger place than ever before in the ASEAN region and Australasia, as Rory O’Neill reports.

As Catherine Su Yee Lee, Principal, Rodyk IP (Singapore), who moderated the session, noted, “There has been recognition that IP plays a very important role” in the achievement of the region’s social and economic development goals.

At present, 8 of the 10 countries comprising the Association of Southeast Asian Nations (ASEAN) have acceded to the Madrid Protocol; Malaysia and Myanmar are the exceptions.

However, as Pauline Khor, Head of Intellectual Property and Technology at Rahmat Lim & Partners (Malaysia), informed attendees, Malaysia is preparing to accede to the Protocol as part of a number of milestone developments in Malaysian trademark law.

Noting that Malaysia last year had its first change in its governing political party since independence from the United Kingdom in 1957, Ms. Khor said, “The way we are going about upgrading our trademark laws is no different – we do nothing [for a long time], and then we have massive, sweeping changes.”

Among the changes currently making their way through the country’s legislature is a new Trademarks Bill, which would update the 1967 legislation. If passed, according to Ms. Khor, it will put Malaysia’s trademark statute “on par with the current laws in the UK” and enable accession to the Protocol.

“Essentially what we are doing is lifting our trademark laws up and complying with international standards,” she said. Under the proposed law, it would be possible to file trademark applications in different classes, as well as for non-conventional registrations such as 3D, single color, and shape marks.

Malaysia would be the latest in a series of recent accessions to the Madrid Protocol in the region. As Andrew Flagg Brinn Diamond, Foreign IP Consultant, Januar Jahja & Partners (Indonesia), noted, Indonesia started accepting international registrations under the agreement in January 2018, with a total of 9,300 designations issued so far.

“Essentially what we are doing is lifting our trademark laws up and complying with international standards.”

“I think generally [Indonesian authorities have] done a pretty good job in generating interest but to date that interest hasn’t really led to a significant number of filings,” he added.

Darani Vachanavuttivong, Co-Managing Partner, IP Department, Tilleke & Gibbins (Thailand), reported similar success of the Madrid Protocol with respect to incoming international registrations in Cambodia, Laos, Myanmar, Vietnam, and Thailand, known as the CLMVT group of countries. All of them except Myanmar have acceded to the Madrid Protocol since 2006.

Just as Malaysia is debating sweeping changes to its trademark system, Ms. Vachanavuttivong reported a major change to the law in Myanmar, which last year adopted a new trademark statute.

The law replaced older regulations dating back to 1908, she said, marking significant progress in the country’s IP protection regime. Unlike Malaysia, however, nontraditional marks such as 3D shapes still cannot be protected in Myanmar.

While the trademark laws in force across the ASEAN region may be improving, how effectively are they enforced?

According to Mr. Diamond, enforcement of trademark rights in Indonesia is “still difficult, but it’s possible.” He noted that success largely depends on a given brand owner’s objectives. For example, the destruction of infringing goods is “achievable,” but monetary damages or a public apology can be challenging to obtain.

“The narrative which is fairly true is that litigation in Indonesia is unpredictable, so it’s important to consider non-litigation options first,” Mr. Diamond said. He noted anecdotally, that his firm has enjoyed a “significant increase in success” with sending cease and desist letters in recent months, which might be a good sign for brand owners with IP assets in the country.

In Malaysia, the forthcoming trademark reforms may make it easier for brand owners to litigate their rights, Ms. Khor said. The bill includes what, in her view, is a “lower threshold for infringement.”

Whereas brand owners at present can sue for infringement only if there is a “direct match with the goods and services for which [the mark] is registered,” under the new law, infringement suits could be filed over merely “similar goods” as long as the plaintiff can demonstrate genuine confusion among consumers between the marks.

Ms. Vachanavuttivong also provided a positive update on enforcement in the CLMVT countries, noting that the Cambodian Counter-Counterfeit Committee is “now a very effective organization,” while “the police in Laos are quite effective and fast in handling enforcement actions.”

Echoing the positive report for brand owners from the ASEAN jurisdictions, Joy Atacador, Head of IP & Technology at Dentons (Australia), said that in New Zealand there are improved procedures on the way “which will allow customs to seize goods even where a notice of objection hasn’t been filed by a trademark owner.”

Perhaps the most significant development for brand owners in Australia is the passage of the Intellectual Property Laws Amendment (Productivity Commission Response Part 1 and Other Measures) Act 2018 into law last August.

Under the new law, “a parallel importer will not be found to be engaging in infringing conduct if, after making reasonable inquiries, it would be reasonable to conclude that the trademark had been applied to the product with the consent of the registered owner,” Ms. Atacador said.

The law also allows the parallel importation of goods under the reasonable assumption that the trademark had been applied to the product with the consent of either an “authorized user” of the mark; or a person permitted to use the mark by an authorized user or the registered owner.

Ms. Atacador also noted that an “express IP exemption” in Australian competition legislation had been removed, and that similar changes were also being adopted in New Zealand.

“If you have a client with an agreement with a licensee who would otherwise be a potential competitor, it might be that those prior agreements need to be reviewed to check if they fall foul of competition legislation,” she advised.