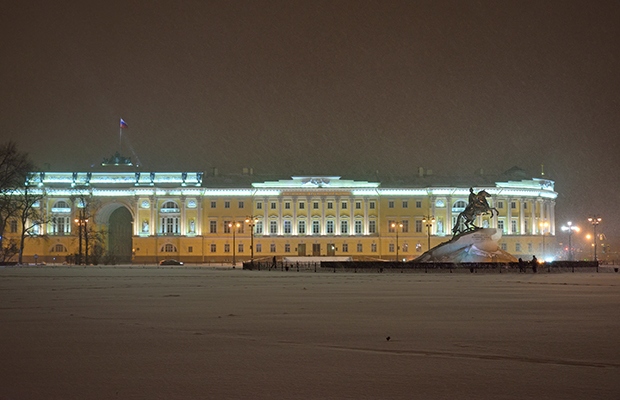 The Supreme Court of the Russian Federation monitors what is going on in courts all over the country and periodically issues so-called “resolutions”. Vladimir Biriulin of Gorodissky & Partners reviews the most recent, which deals with IP.

Russia is not a common law country. Every court abides by the law and is guided by its understanding of the law. In practice, however, opposing judgments in similar situations do occasionally happen.

These cases, although rare, create uncertainty in the application of the law, so the judiciary worked out a remedy to bring judicial practice in line.

As time goes on and court judgments pile up, so does material for analysis. The Supreme Court of the Russian Federation monitors what is going on in courts all over the country and periodically issues so-called “resolutions”.

The resolutions analyse judicial practice of various courts and work out instructions in respect of categories of cases. These instructions are obligatory for all the courts and should be followed without fail.

The last resolution, titled “Application of Part IV of the Civil Code of the Russian Federation” was issued in April 2019. It is a 90-page document analysing many IP judgments and setting the legal positions of the Supreme Court. This resolution was issued ten years after the last similar document was published.

The current resolution analysed judicial practice of many years and sought to work out a uniform practice of courts. There have been cases when in much the same circumstances different courts issued different or opposing judgments. To streamline practice, the resolution does not simply review similar cases—it issues direct instructions how this or that case should be solved.

The law cannot cover every situation in life. For example, early termination of a trademark due to non-use is a commonplace occurrence. Normally, this case would be considered by the IP court. But what happens if the trademark owner is under bankruptcy proceedings? The law gives no answer. The resolution instructs that such cases should be considered within the framework of bankruptcy proceedings by the regular commercial court.

"The resolution does not simply review similar cases—it issues direct instructions how this or that case should be solved."

An interesting clarification has been provided in respect of assignments and licence agreements. The law sets forth that registration of such contracts with the patent office is obligatory and failure to register means that the transfer of right has not taken place. The resolution explains that obligations of the parties ensued from such contracts emerge regardless of the state registration, which means that third persons will consider a contract as concluded from the moment of its state registration, which also means that, for example, a bank may not allow payments between the parties, a sublicence may not be issued, etc.

If there is a licence for a trademark and the licensee does not use the mark the non-use does not relieve him or her from the obligation to pay as provided in the contract.

There was no uniform understanding of the term from which protection of a trademark starts. Article 1491 of the Civil Code of the Russian Federation sets forth that the exclusive right to a trademark is valid for ten years from the date of filing. It is not clear from that wording whether the applicant may file claims against an infringer after filing an application and before registration of the trademark in the patent office.

The resolution explains that in conjunction with other articles of the Civil Code, a designation filed with the patent office which is undergoing expert examination is not a trademark. So, the provision in article 1491 should not be understood in such a way that actions taken by third parties before the registration of the trademark in the state register are infringement. The date of filing of the trademark application serves only to calculate the term of validity of the exclusive right to the trademark.

There are useful clarifications in respect of patents. There may be cases, albeit rare, where there are two patents with different priority dates for identical inventions differing in equivalent features only.

The resolution explains that the use of a junior patent cannot be regarded as infringement of a senior patent until the junior patent is invalidated. If an independent claim of the respondent’s patent contains other features aside from the features in the plaintiff’s patent such invention, utility model, industrial design the invention, etc, shall be considered as dependent and the use of same by the respondent without approval of the senior patent owner shall be infringement.

Administrative enforcement is popular with the IP owners: it costs less for them, but no damages may be claimed in such proceedings. The resolution reminds that administrative action does not exclude initiation of a civil case against the same person.

Damages are sometimes difficult to prove. The law provides for this situation a so-called “compensation”. It is specifically pointed out that no proof of damages is required in this case. The amount of compensation is from $150 to $80,000. IP practitioners have long worked out a rule of thumb advising IP owners to prove some damages to be awarded a more sizeable compensation.

The resolution further explains that if the owner of the site makes changes in the material placed by third persons it is necessary to evaluate his/her role in making changes in order to decide whether s/he is an information intermediary. If the material has been substantially changed and/or the owner of the site derived some profit s/he will not be an information intermediary but a person who uses IP.

These are only some of the resolution’s important points. It has become a useful tool for the courts and IP practitioners alike.

Vladimir Biriulin is head of the legal practice at Gorodissky & Partners. He counsels clients on Russian and foreign IP legislations, including international IP treaties, conventions, agreements and peculiarities of their implementation in Russia, technology transfer, licensing, copyrights and intangible assets protection. He can be contacted at: biriulinv@gorodissky.ru