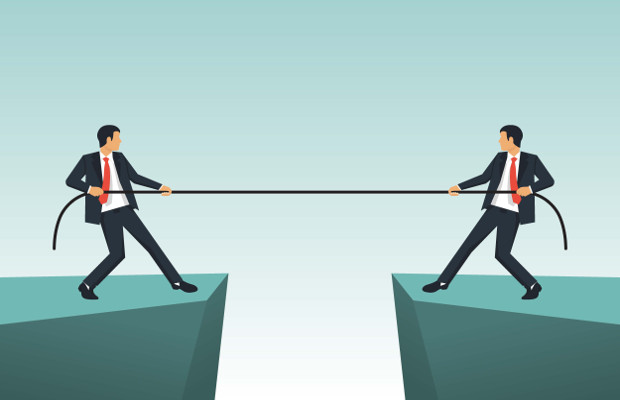 In Russia, third parties may dispute the validity of a granted patent by filing an opposition with the Patent Disputes Chamber, a department of the Federal Service for Intellectual Property (Rospatent), located in Moscow. The opposition period is not limited, meaning that an opposition can be filed any time after a patent is granted.

The Chamber currently receives about 100 patent oppositions a year. To put this into perspective, about 21,000 Russian patents in total were granted last year, of which about 13,200 were granted to foreign applicants. Oppositions can be filed in the name of a Russian patent attorney; the interested party does not need to be disclosed at any point. The opposition fee is reasonable, at around €100 ($116) for each opposed independent claim.

After the opposition is received and docketed, the Chamber notifies the patent holder by sending a letter together with a copy of the opposition to the patent holder. The documents are sent by mail to the address registered in Rospatent’s database—a good reason for the patent owner to timely register any possible name or address changes with the office. Usually, the Chamber also notifies the patent attorney who was responsible for prosecuting the corresponding patent application.

An opposition can be based on the following grounds:

Examples of non-patentable subject matter are defined in the Russian Civil Code and comprise, among others, computer software as well as rules and methods for games or economic activity. Inventions whose use is contrary to public interests or principles of humanity cannot be patented either.

Patents filed after October 1, 2014, can also be opposed based on insufficiency of disclosure, ie, on the grounds that the invention was not disclosed in sufficient detail for a skilled person to carry it out. A patent can also be opposed on the grounds of incorrect inventor or patent owner, in which case the opposition should be filed directly with the Russian IP Court, not the Chamber.

However, it is not possible to request or obtain the postponement in advance, as it can be requested only at the hearing. In practice, this means that the patent owner’s representative should attend the first hearing and be prepared for the proceedings if for some reason the postponement is not granted.

The decision is announced at the end of the hearings, but it will come into force only after it is verified and approved by the head of the Chamber. The full text of the decision as well as the reasoning behind it are usually issued within two or three months of the hearings. Typically, the whole process takes between seven and ten months depending on the length of any postponements.

One particularly important detail that should be kept in mind during the opposition proceedings is the fact that the patent owner is allowed to restrict the scope of independent claims only by adding features indicated in the other claims—it is not possible to incorporate features disclosed solely in the description.

"The opponent should bear in mind that it is not allowed to submit additional prior art references during the proceedings."

Another peculiarity is that the Russian legislation does not provide for the patent owner to file multiple claim proposals (ie, auxiliary requests) at the hearings. The opponent should bear in mind that it is not allowed to submit additional prior art references during the proceedings—all the relevant prior art should be indicated in the initially submitted opposition.

The Chamber’s board, composed of three technical members, issues a decision whether to keep the patent in force without amendments, keep it in force in amended form or to invalidate the patent. The examiner responsible for granting the patent also participates in the hearings, but is not a member of the board.

The decision comes into force immediately after it has been approved by the head of the Chamber, even if an appeal is filed to the court. If the patent is deemed invalid, it is considered invalid from the filing date—retroactively—and not from the decision date.

The decision can be appealed to the IP Court within three months of the receipt of the full text of the decision. The information concerning a possible appeal will be available on the website of Russia’s state commercial courts (http://kad.arbitr.ru/) within a couple of days of the appeal being filed. However, the content or copy of the appeal will not be publicly available on the website; instead, a copy will be mailed directly to the patent owner.

Erik Goussev is a registered patent attorney and partner at Papula-Nevinpat. He can be contacted at: erik.goussev@papula-nevinpat.com