Read all about it: the advantages of cautionary notices 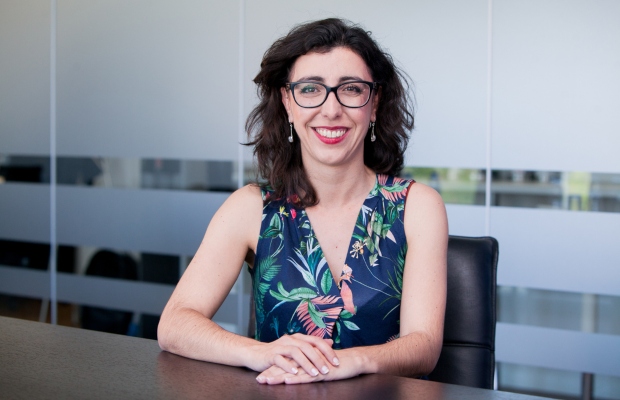 Ethiopia’s practice of publishing cautionary notices in newspapers may seem old-fashioned but it can benefit trademark owners, says Vera Albino of Inventa International.

Located in the Horn of Africa with a total area of 1,100,000 square kilometres and approximately 118 million inhabitants, Ethiopia shares borders with Eritrea, Djibouti, Somalia, Somaliland, Kenya, South Sudan and Sudan.

The history of the country dates back 2,000 years. From 1973 to around 2000, Ethiopia was plagued by drought, famine, infectious diseases, internal conflict, war and an unstable economy.

But in 2015, it was welcomed as a miracle of African economy. Moving gradually from a state-run economy to a market economy since 1991, Ethiopia is now stepping up its efforts to attract foreign investors. For instance, the country became an observer of the World Trade Organization (WTO) in 1997 and applied for membership in 2003. Its GDP grew 8.4% in 2019 and 6.1% in 2020.

Despite these positive outcomes, the country is currently facing important challenges. In accordance with the International Monetary Fund, gross domestic product (GDP) growth is expected to be 2% in 2021, largely due to the COVID–19 pandemic. It is expected to reach 8.7% in 2022, subject to the post-pandemic global economic recovery and the resolution of the nine-month war in the northern Tigray region. Additionally, the accession process to WTO has not yet been completed, being the IP regime a major area of scrutiny by WTO members.

Ethiopia had no IP legislation until 2006, yet IP holders could obtain some protection of their IP rights, even if it was somewhat limited, by way of publishing cautionary notices in local newspapers. These notices were then taken to the Ethiopian Intellectual Property Office (EIPO), which issued a deposit certificate with a six-year term of validity and periodic republication requirements.

In this sense, Ethiopia was not a cautionary notice jurisdiction stricto sensu. Indeed, even though the deposit certificate did not confer a legal right to its holder, in the event of a dispute involving a trademark infringement before the courts, the trademark holder could use unfair competition provisions presented in commercial, civil, and penal codes and the certificate as evidence proving the holder was the first to use the trademark in Ethiopia. Nevertheless, this practice was problematic since the enforcement of IP rights was time-consuming and expensive.

“A cautionary notice serves as valuable evidence before the courts since an infringing person can hardly plead ignorance of the trademark and its registration.” - Vera Albino, Inventa International

In 2006, the Ethiopian government passed the TradeMark Registration and Protection Proclamation 501/2006, which entered into force in early 2013. Since this date, trademark applications can be filed at the EIPO and the IP legislation makes provision for examination on formal, relative and substantive grounds, advertisement of acceptance and the issuance of registration certificates with a seven-year validity term.

The IP legislation marked an important new phase in Ethiopia’s development. However, keeping in mind the past and current trademark registration procedures, it is safe to say that it was not a complete break with the previous system.

In accordance with the current legislation, trademark applications and registrations accepted by the EIPO are published in the Intellectual Property Gazette or in any other newspaper having countrywide circulation, for opposition and notification purposes.

Throwback to the old system

Since the application of the TradeMark Registration and Protection Proclamation 501/2006, trademark matters in general, such as applications, registrations, renewals and recordals, are always published in a nationwide newspaper, which reminds us of the previous system of cautionary notices.

The publication in newspapers procedure adopted by the new law may initially seem to be costly and excessively bureaucratic. However, cautionary notices have advantages that must not be ignored.

First, a trademark cautionary notice is an efficient method of notifying the general public—an intimation to all—that a trademark was applied for or is registered and that the applicant is the owner of the trademark.

Second, it informs competitors, traders and potential partners. Third, it is a valuable tool when the use of the trademark shall be proved if a third party applies for the cancellation of the trademark on the grounds of non-use.

Finally, a cautionary notice serves as valuable evidence before the courts since an infringing person can hardly plead ignorance of the trademark and its registration. This makes it easier to prove use in bad faith and it is more likely that the infringer is required to pay compensation.

Two court cases provide an illustration of this. First is the case between In-N-Out Burger, a US fast-food chain, and a local company which adopted the same brand. The Ethiopian Courts decided in favour of the US company, forcing the local restaurant to change its name to ‘In-Joy Burger’ and pay compensation.

In sum, the advantages of publishing trademark matters in a nationwide newspaper by way of cautionary notices are greater than the disadvantages. What can appear burdensome and old-fashioned, is in fact very opportune for the effective protection of trademarks in Ethiopia.

Vera Albino is legal manager at Inventa International. She can be contacted at: valbino@inventa.com