Protecting marks around the globe 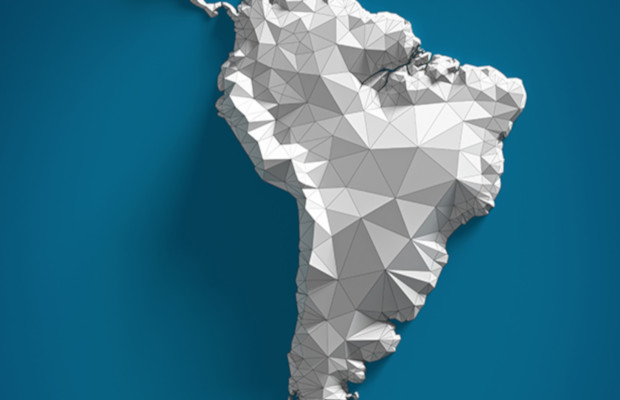 While there is no uniform understanding of free movement of goods and services on the world market, trademark owners should implement policies to deal with parallel imports, including in South America. Rodrigo Bonan of Luiz Leonardos & Advogados reports.

Industrial property rights provide a legal entitlement for their holders and licensees to manufacture, to identify and to place their products on the market. They are the result of effort in research, development, marketing and obtaining legal protection which is in force for a certain period.

Does the scope of this right extend beyond the territorial boundaries of the jurisdiction where the protection is obtained? Should the holders be concerned with the free movement of their goods in other countries? How are the principles of exhaustion of rights applied in South America?

The phenomenon of parallel imports occurs when the marketing of a genuine product is made by third parties who are not part of the exclusive distribution chain and in a territory not covered by the legal protection. South American countries have adopted different positions.

The TRIPS Agreement (1994) reserves member states the freedom to determine the scope of the exhaustion of IP rights.

In Brazil, the Industrial Property Law (Law no 9,279/96) adopts the national exhaustion system for patents (article 43, IV) and for trademarks (article 132, III).

In other jurisdictions, such as in the EU, the regional exhaustion system is adopted.

Under the international exhaustion system, all World Trade Organization (WTO) member countries that have not expressly chosen in their domestic legislation are covered by the reservation provided for in the TRIPS Agreement.

Accordingly, as soon as the holder or its licensee sells its product for the first time in any of the WTO member countries, then exhaustion or depletion of the right (first sale doctrine) is characterised.

In Brazil, the Federal Constitution (1988) protects industrial property and consumer rights to foster investment, production and commercialisation of goods in the national territory. The Industrial Property Law (1996) ensures the attainment and enforcement of these rights and the application thereof is examined by the courts.

Upon examining the Centrum case (Special Appeal—REsp 609.047-SP) in 2009, the Superior Court of Justice (STJ) found that the parallel imports of original goods without the consent of the mark owner in Brazil did not violate rights, nor could it be construed as an act of unfair competition.

This same guideline was adopted by the Supreme Court in hearing the Canon v Reprosystem case
(ARE 660270-SP), when it admitted the possibility
of parallel imports on the basis of opening competition between authentic products of different origins.

However, this understanding has been mitigated in light of the application of the “principle of legality” when related to the import without the consent of the holder of genuine products, whether they are used or not.

Indeed, in the Konica Minolta v Ativa case (REsp 1,207,952-AM), the STJ was more objective in applying the law by recognising, in 2011, that “lawful parallel imports are contracts entered into by the mark owner abroad, or by whoever has the consent to commercialise the product”.

In this precedent, the repackaging of products was not admitted without being subject to the control and to the standards adopted by the trademark owner—who also sells the product on the market. Otherwise, it would be tantamount to allowing unequivocal confusion caused to consumers who, when purchasing the product carrying the mark, expect to obtain a product that meets the standard of quality and reliability they associate to that mark. According to the decision, sure knowledge of the origin of the product is essential to consumers, who have a specific protection law in Brazil (Consumer Defense Code, Law no 8,078/90).

"Sure knowledge of the origin of the product is essential to consumers, who have a specific protection law in Brazil."

In 2012, the same STJ examined the Diageo v GAC case (REsp 1,249,718 – CE), and confirmed the understanding regarding the prohibition on the parallel imports of original products, without the consent of the mark owner or whichever party was authorised to grant as such, based on the principle of national exhaustion.

In 2016, the STJ decided the Diesel case (REsp 1,323,401-RJ), asserting that “parallel imports can only be considered lawful where there is a signed agreement with the mark owner abroad, or with whomever has the consent thereof to market the product in the national territory”.

However, if there is consent from the mark owner or by whomever is so authorised, the entry of the original product onto the national market cannot be characterised as parallel imports.

It should be noted that in Brazil, in addition to the holder of the industrial property right being lawfully entitled to take legal measures to restrain parallel imports, the licensee may also be lawfully entitled to do so, provided that the two requirements of Law no 9,279/96 are met, namely, (i) it is invested with all powers to act in defence of the patent or of the mark, and (ii) the licence contract must have been registered at the Brazil Patent and Trademark Office (INPI) so that effects are produced in relation to third parties.

In Argentina, Patent Law Nº 24.481, modified by Law no 24.572 (1996), establishes that patents cannot be enforced against a product legitimately put in any market under the conditions of the TRIPS Agreement. Since the statute establishes a clear rule of international exhaustion, it has not been tested in court.

The Trademark Law no 22.362 (1981) does not establish any rule regarding parallel imports. Courts have also leaned towards the principle of international exhaustion.

The Industrial Property Law no 19.996 recognises international exhaustion, and it is completely possible in practice to import legitimate products to Chile, protected by a trademark or a patent, as long as these products have already been placed in the market of another country by the industrial property right owner or with its express consent.

The National Constitution states that goods of domestic production or manufacture, and those of foreign origin legally introduced, shall circulate freely within the Paraguayan territory.

In the same sense, the Trademark Law no 1294/1998 provides that the free movement of marked goods which are legitimately introduced into the trade of any country by the proprietor or with the authorisation thereof may not be prevented on the basis of registration of the trademark.

These countries, as members of the Andean Community, share the same intellectual property legislation (Decision 486 of 2000) and hence apply the same rules for trademark protection, and limitations on trademark rights. In these countries, trademarks are protected as valuable assets of their owners, under specific limitations.

"These countries, as members of the Andean Community, share the same intellectual property legislation, and hence apply the same rules for trademark protection."

Among such limitations of rights, there is a special provision regarding when the trademark owner’s rights are exhausted, and consequently, its rights are no longer enforceable.

One of those acts that is authorised to third parties is the importation of goods once the trademark owner, or its authorised distributor, has already commercialised the same in any country of the world.

However, for such importation or subsequent commercialisation to be considered legal, it is necessary that the good bearing the trademark, its packaging and label, have not been modified, or altered, and that their quality has not been diminished in any way.

According to the Andean Community Tribunal of Justice, a parallel import is a legal importation of goods made by a third party, that it is not the trademark owner, or the authorised distributor of the goods (Prejudicial Interpretation 37-IP-2015). For the importation to be considered legal, and hence, for the trademark owner not to have a claim, the goods, their labels, packaging, and the trademark itself should remain intact.

International trade faces enormous challenges and the introduction of new mechanisms for movement of goods protected by industrial property rights is a reality in all countries, including in South America.

Therefore, while there is no uniform understanding in relation to the free movement of goods and services on the world market, with regard to industrial property rights, we consider it to be of the utmost importance that the holders of these rights should make sure they put in place the necessary safeguards in recipient countries of their goods.

Abiding by local laws and understanding the local courts’ position regarding the phenomenon of parallel imports, as a result of the principles adopted as to the exhaustion of rights, should be one of the main concerns of the holders of these rights.

Furthermore, licence agreements for patent exploitation and use of marks must be entered into and registered at the proper agencies in countries as required in order to produce effects in relation to third parties. Whenever possible, the licensee must be invested by the holder with all powers to act in defence of industrial property rights, wherever necessary. l

The valuable contributions to this article by Sergio Ellmann from Argentina; Felipe Pavez from Chile; Marta Vanin from Colombia; and Juan Guillen from Paraguay are acknowledged.

Rodrigo Bonan is head of the litigation department at Luiz Leonardos & Advogados. With over 35 years of experience, his practice includes advice and dealing with all major cases in IP litigation. Bonan is a former vice president of the Brazilian Association of Intellectual Property. He can be contacted at: rbonan@llip.com