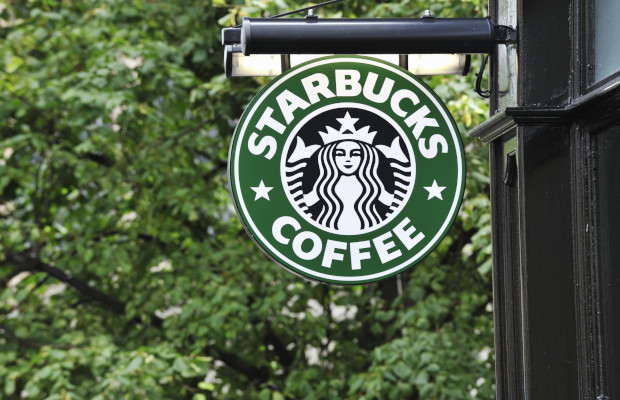 As the popular coffee chain continues to build its loyal following of customers, Starbucks Coffee Company’s legal team has seen an uptick in infringement—particularly in China, Southeast Asia, Turkey, and Mexico, according to Mr. Oktay.

This includes typical trademark infringement and more counterfeit products, he says. “The company is working hand-in-hand with customs offices around the world to seize and destroy shipments before they have a chance to make it to bricks-and-mortar or virtual stores.”

Typically, Starbucks Coffee Company has a caseload of more than 1,000 active IP matters at any one time, Mr. Oktay says, so lawyers and “rock star paralegals” are hard at work internally. The team also relies on a network of outside counsel to help the brand identify and then tackle IP challenges.

“I would say we are extremely proactive with our filing approach, and we are vigilant enforcers of our rights,” Mr. Oktay declares.

Despite the large volume of branding challenges that Starbucks faces, litigation is never the primary go-to option, according to Mr. Oktay. “We reach out with letters in the first instance, and resort to litigation only if all else fails,” he says.

Although the IP team works across all business units in the company, as “keepers of the brand” they sometimes need to push back in order to best protect the Starbucks Coffee Company name.

Mr. Oktay explains: “Marketers often wish to push the limits of how to represent brands, but we advise them against certain choices where necessary in order to protect and maintain the strength of our marks.”

“Trademark strategy has to be closely aligned with business strategy,” he says, adding that it’s important to stay close to the company’s overall business needs and direction.

“For example, being a very public-facing and often in-the-news company requires that we work closely with the global communications team, among others, to ensure the right story is being told,” he explains.

The Starbucks Coffee Company story dates back to 1971, when the company operated in a single narrow storefront in the historic Pike Place Market in Seattle, Washington. “We couldn’t be more proud of our roots, and we’re prouder still to keep serving the people and communities that have been with us from the beginning,” Mr. Oktay says.

He explains that the first store sold coffee, spices, and tea, and the brand’s original logo contained these three words as a tribute to that site. The logo itself harks back to Seattle’s nautical seafaring roots, and “Starbucks” comes from the name of the first mate in Moby Dick, one of the United States’ most famous works of literature.

“Being a very public-facing and often in-the-news company requires that we work closely with the global communications team, among others, to ensure the right story is being told.”

In a changing and competitive global market, companies must innovate to prosper and survive, and Mr. Oktay explains that Starbucks has done this through diversification.

Just a few blocks from the Washington State Convention Center, at 1124 Pike Street, is the first Starbucks Reserve Roastery. It opened in 2014 and serves hot and cold concoctions—some of which are available at no other Starbucks Coffee Company outlet. The Roastery also offers tours and tastings, allowing guests to learn about brewing techniques and experience comparative tasting in a private coffee library.

“These different outlets provide opportunities for the company to innovate in customer experience and the product pipeline, which will then be infused into the broader store portfolio,” Mr. Oktay says.

As part of its culture, the chain seeks to serve the local community through projects focusing on the arts, youth engagement, and other social services. Mr. Oktay explains. As such, the coffeehouse chain has numerous partnerships with organizations across the globe, enabling Starbucks Coffee Company to use its scale for good.

For example, the company works with Conservational International, a non-profit environmental organization, to produce coffee in a sustainable and transparent way. Starbucks’ coffee is now 99 percent ethically sourced, making it the largest coffee retailer in the world to reach this milestone.

“We have always believed Starbucks Coffee Company can—and should—have a positive impact on the communities we serve,” Mr. Oktay says.

“For more than 45 years, we’ve had the pleasure of calling Seattle home,” he concludes.